150 years of weather records: A family's story and a continued tradition

WATCH: Weather History in the Valley 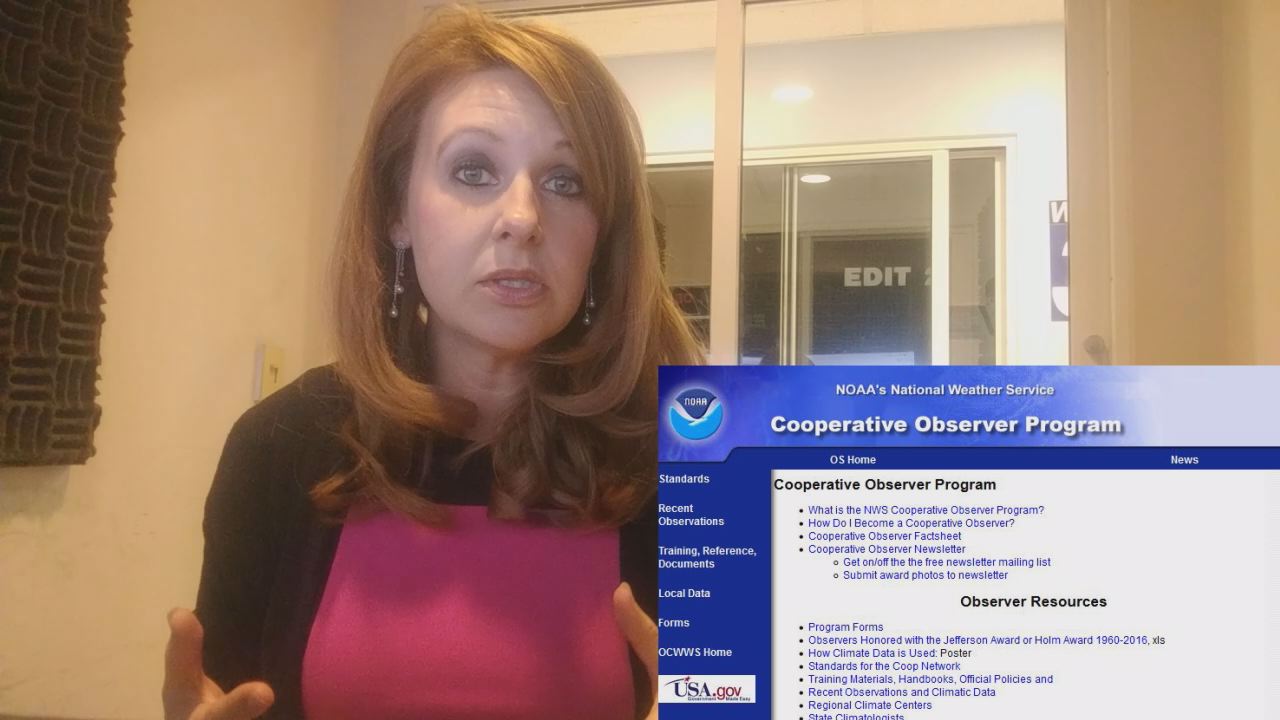 How to be a volunteer weather observer, and the different programs to be involved in

ROCKINGHAM COUNTY, Va. (WHSV) — Dale Enterprise is a small community outside of Harrisburg and it's rich in history.

However, when Bob Weaver talks about his great-grandfather, L.J. Heatwole, you might call him the original local weatherman.

In 1868, the Shenandoah Valley was still recovering from the Civil War. Heatwole, then just a teenager in Dale Enterprise, would start what is now 150 years worth of continuous weather records.

"There were whirlwinds, high winds from the south," said his great-grandson reading aloud some of the descriptions.

Heatwole was fascinated by the weather and it evolved into more than interest. By 1884, he became an official volunteer weather observer.

One of the most interesting entries we came across, April 9th, 1918, was "blizzard storm and earthquake."

Heatwole became part of an evolving group of volunteers across the country, dedicated to observing and recording the weather.

By using the telegraph, this information was compiled to make daily weather charts. Before computers, this is how forecasts were made.

According to the National Weather Service, Dale Enterprise is the oldest cooperative network weather station in Virginia. A cooperative weather network station is a partnership with the volunteer citizen and their local NWS office.

Chris Strong, the Warning Coordination Meteorologist at NWS explains how records like Heartwole's are.

"Having a continuous record like that for a long period of time, is a pretty rare thing," said Strong.

Heatwole was a dedicated volunteer, devoting his time, checking the high and low, twice a day and writing very detailed notes.

The whole family helped to keep up the weather station and Weaver remembers what it was like.

"It was fun to just do the weather. Reset the thermometers, take down the rain, see how much snow there was. That was sort of a hands on, interesting process," said Weaver.

Heatwole passed the record-keeping to his daughter, Elizabeth, and husband Earl grove in the 1930's.

After Elizabeth passed away, Earl's second wife Grace kept the station going. Then, it was passed on to their daughter, Virginia, and her husband Richard Weaver who would become Bob's parents.

After three generations, neighbor Scott Cook became part of the family history when Richard Weaver asked him to take over in 2008.

"I was happy to oblige to keep the tradition going and the history of the station going," Cooke said.

It was a unique request to keep up with the daily record keeping but a tradition Cook is happy to be part of.

"It's the oldest station in Virginia and the third oldest in the country, so it's kind of a neat tradition," said Cook.

With technology, starting this year, the Dale Enterprise weather station has gone online and is now powered by solar, where the temperature is recorded every hour.

"Anytime you get more observations with more regularity, that will help us make a more specific warning and a more clear message," said Strong.

Even with new equipment and information online, Cook still sends in daily reports.