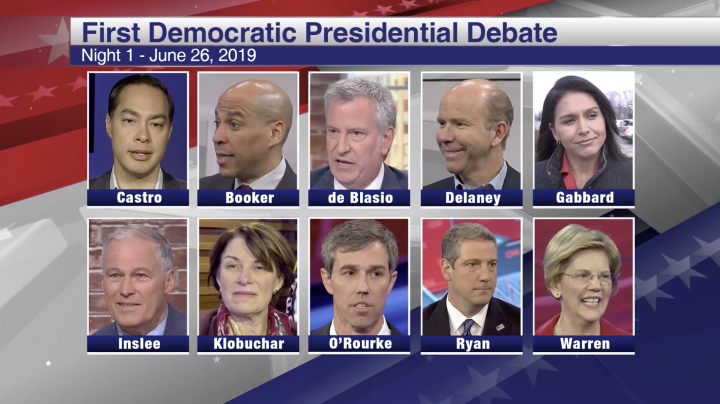 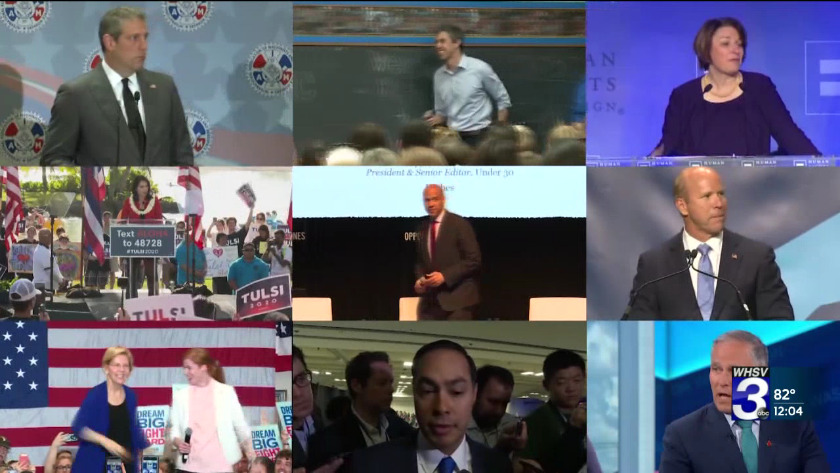 WASHINGTON (Gray DC) — The state of Florida is no stranger to being the center of a political story, and the next few days will be no exception. Miami is playing host to 20 Democratic presidential hopefuls who will debate on stage for the first time.

These candidates are debating in the first night of the first Democratic presidential debate. (Source: Gray DC/CNN)

Every candidate wants to make an impact at the first Democratic presidential debate.

"Big ideas. Don't make a mistake. And see if you can't do something that distinguishes yourself so that you get money," explained Gray Television Chief National Political Analyst and Full Court Press host Greta Van Susteren.

This group is from all over the country and represents different kinds of voters.

About Elizabeth Warren, Van Susteren says, "She has got to overcome that sort of 'Harvard elite' aspect of her, because there are a lot of people in this country that are not Harvard elite."

And then, there's Tim Ryan.

"If you are from Ohio, as Ryan is, you are in a better shape to sort of get the Rust Belt vote," said Van Susteren.

The group is made up of senators, congressman, governors, mayors, and former cabinet members.

John Delaney was the first to declare his candidacy nearly two years ago and has been focusing his campaign in Iowa - home to the first caucus.

"He may not be a big name nationwide, but he may have his name known very well where it matters right now," explained Van Susteren.

None of the candidates debating Wednesday will have the chance to debate against the man seen as the front-runner, former Vice President Joe Biden. He's slated to take the stage Thursday night.