Pipeline opponents arrested after locking themselves to construction equipment 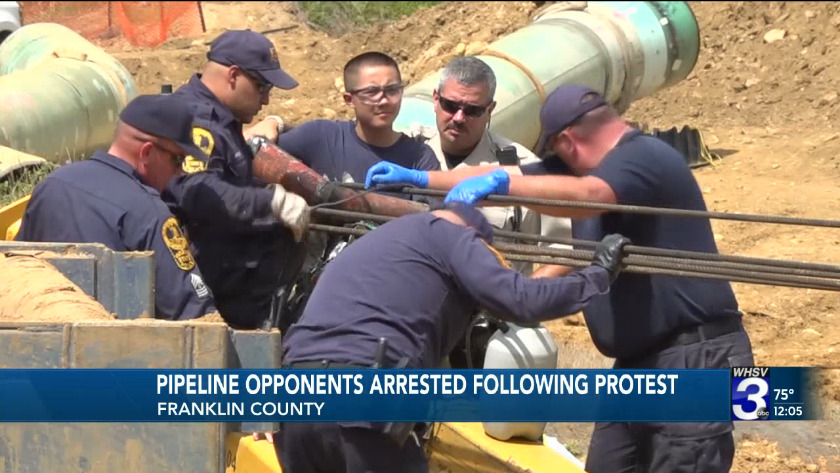 Pipeline opponents arrested after locking themselves to construction site 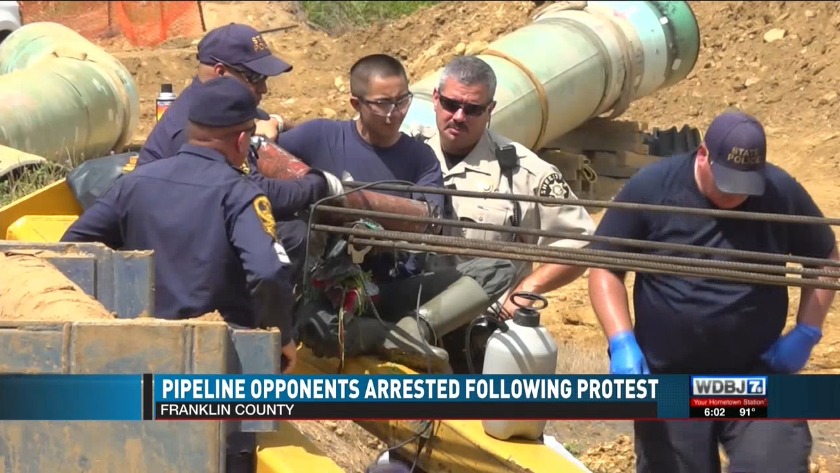 FRANKLIN CO., Va. (WDBJ7) — Two opponents of the Mountain Valley Pipeline were arrested Thursday, after they attached themselves to construction equipment in Franklin County.

Pipeline opponents arrived at the work site along Wades Gap Road around 7 a.m., and two of them attached themselves to two pieces of equipment.

The Franklin County Sheriff's Office responded, and called in the Virginia State Police to help remove the devices protesters used to secure themselves to the equipment.

"Nobody's been unruly. Everybody's been talkative, been able to communicate," said Major Mike Bowman, with the Franklin County Sheriff's Office, "but they told us they had nothing really to say to us until things were finished and complete."

As officers worked to free one of the protestors, tarps blocked the view of cameras. But reporters could see what was happening with the second protester, as police cut away the restraint and took the person into custody.

Bowman said he expected they would face trespassing charges.

In a news release Thursday afternoon, the group Appalachians Against Pipelines said the project "endangers water, ecosystems and communities along its route."

The two protesters stopped construction for about six hours, but shortly before one o'clock, both of them were removed, and the MVP crews returned to work.