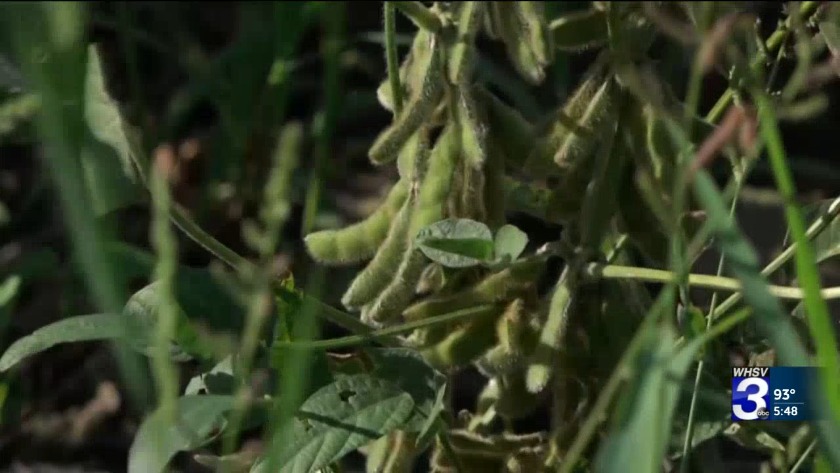 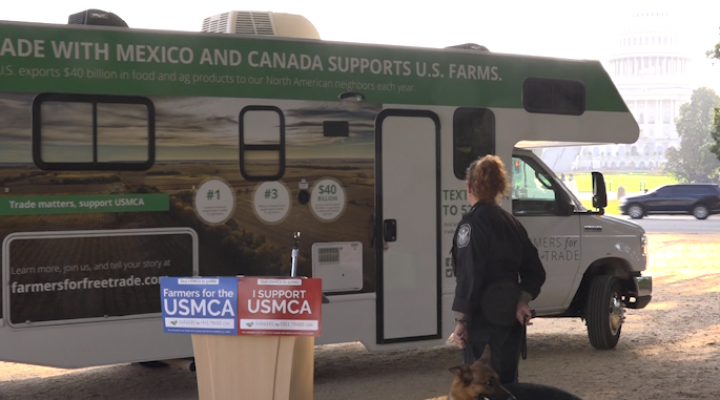 WASHINGTON (Gray DC) -- Farmers across the country want a new trade deal and they are taking to the National Mall to voice their needs. But on Thursday, the focus was not on China as farmers were rallying to finish a deal with our neighbors to the north and south.

Rep. Collin Peterson (D-MN) is optimistic more of his Democratic colleagues will get on board with the USMCA in the coming months. (Source: Gray DC)

Many are looking forward to the day they can cash in on a finalized United States Mexico Canada Agreement (USMCA).

"The sooner the USMCA is passed the more comfortable the future will be for us as farmers," said Angela Guentzel, a corn and soybean farmer in South Central Minnesota.

Guentzel works on her family farm enduring what she calls an "interesting time." Bad weather and stormy trade disputes have left an air of uncertainty hanging over her farm. She says the White House-backed USMCA, a rewrite of the North American Free Trade Agreement (NAFTA), will give her the certainty she craves.

"Our trade with Mexico and Canada is almost 50 percent of our product," said Guentzel.

The agreement is nearing the finish line according to Rep. Collin Peterson (D-MN). The congressman says he has been on board from the beginning, seeing the trade deal as a possible stabilizing force given uncertainty surrounding other trade negotiations.

"Hopefully getting this out of the way will get us on track so we can get something fixed with China which is the big problem," said Peterson.

Peterson recognizes not all of his Democratic colleagues, or even every dairy farmer, is happy with the agreement as it stands.

"It's not ok for farmers, it's not okay for families and communities," said Sarah Lloyd, a dairy farmer from Wisconsin Dells, Wisconsin.

She is concerned by lower environmental and labor standards as they are currently written in the USMCA draft. Lloyd also hopes a NAFTA rewrite helps her sell more milk at better prices abroad, something else she thinks needs improvement in the latest iteration.

"We must go back to the table and fix the problems," said Lloyd.

As lawmakers and the White House continue to hash out details, supporters of the deal hope it is finalized by the end of the year.