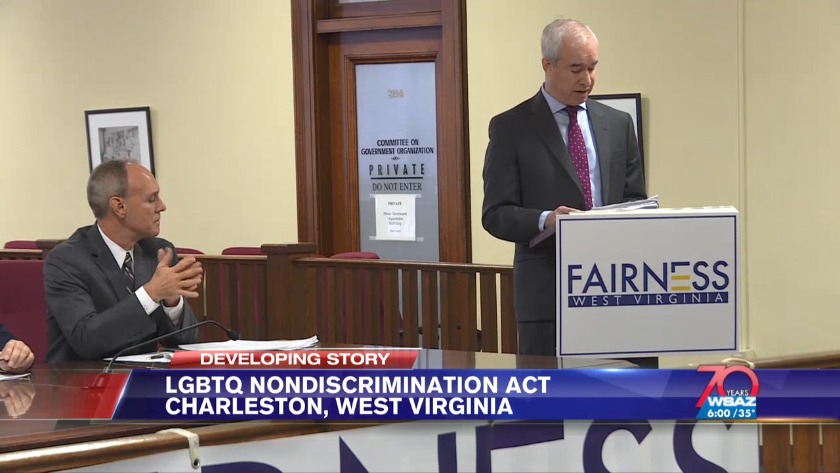 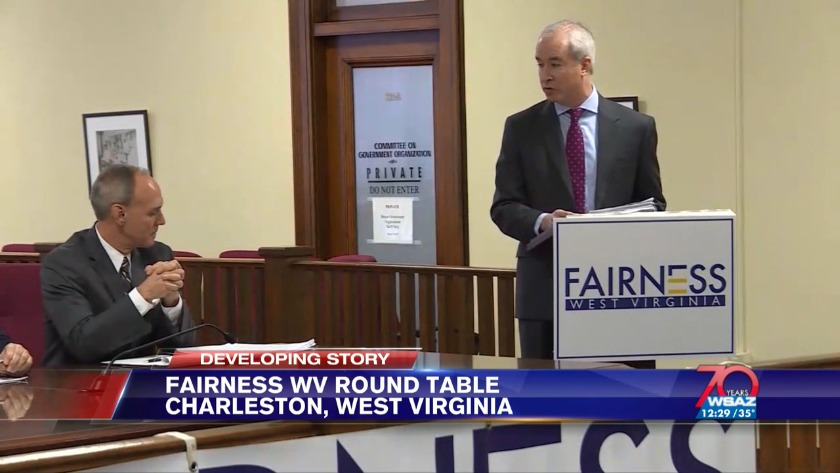 CHARLESTON, W.Va. (WSAZ) — A meeting Tuesday at the West Virginia Capitol brought together leaders from both sides of the political aisle in a push for comprehensive LGBTQ non-discrimination protections.

Business, faith and community leaders gather at the West Virginia Capitol Tuesday morning for a round table discussion about LGBTQ nondiscrimination legislation.

Senate President Mitch Carmichael, R-Jackson County, described the roundtable as “very informative,” although he would not commit to bringing the Fairness Act up for a vote in the Senate.

"This may not be the right bill, this may not be the right time, it may not be in the perfect structure and we need to find that out," Carmichael said. "When you move a society forward, you have to bring everyone along, and we are trying to do that in the best way possible. These are incredibly difficult issues that need education, enlightenment and understanding."

Forty-four politicians across the West Virginia House and Senate have backed the Fairness Act. A version of this legislation has been introduced for multiple years, but leaders say it’s finally gaining traction.

"The votes are there, it's just a matter of making leadership comfortable," Fairness West Virginia Executive director Andrew Schneider said. "Like the Senate president said, we will go through a process where we talk about the language of the bill, and see if we can find language that will make the most number of people comfortable."

Currently in West Virginia, someone can be fired from their job and denied housing or public benefits based on their sexual orientation.

"At a minimum, we need to be able to provide employment and housing protections," transgender activist Danielle Stewart said. "Public accommodations, especially for transgender individuals is an issue, and I won't deny that, but really the employment and the housing is what holds the LGBTQ community back.

State leaders say about 60 percent of West Virginians support this type of legislation. Twenty other states have passed comprehensive legislation like the Fairness Act, as there are no federal protections against this type of discrimination.

The U.S. Supreme Court has heard three cases on LGBTQ employment discrimination issues, and rulings are expected in early 2020. That could create the first federal protections on these issues.

Opponents of the Fairness Act say it opens businesses up to frivolous lawsuits for discrimination, Carmichael said. That issue is one of the reasons similar bills have been brought up in recent years but have not been passed through the Senate.

There are currently 12 towns throughout West Virginia with non-discrimination ordinances. That includes Charleston, which passed the first ordinance of its type in the state 12 years ago. Only two lawsuits have been filed under these ordinances and both plaintiffs won their case, Schneider said.