Abandoned presidential statues in Virginia attract tourists from around the world 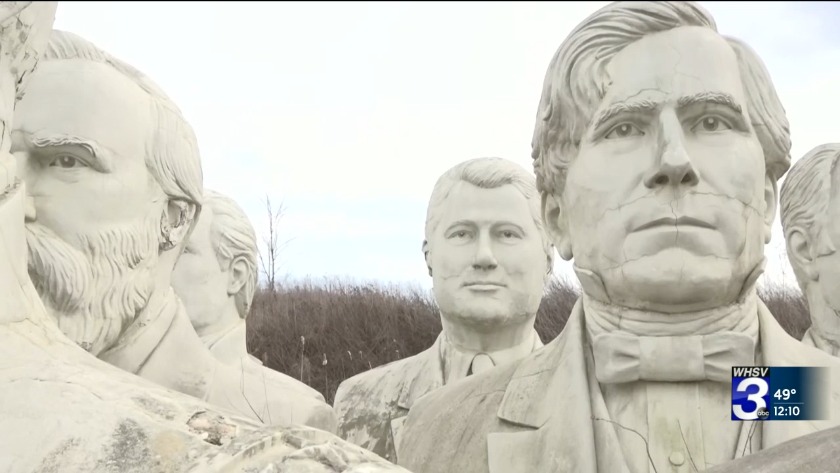 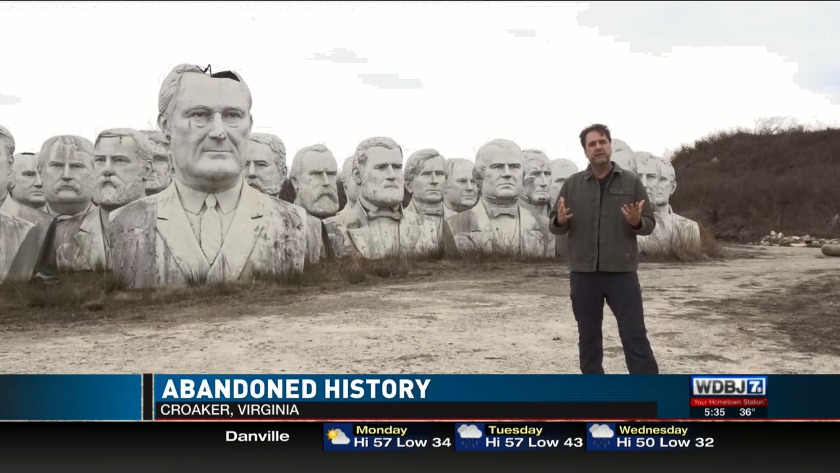 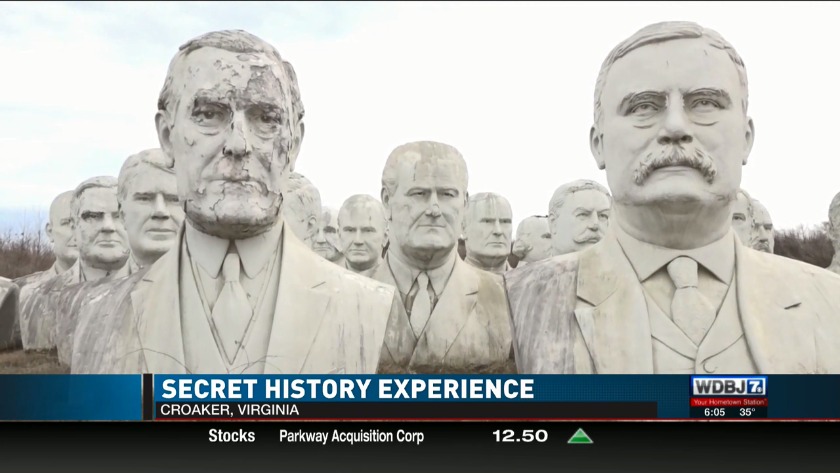 CROAKER, Va. (WDBJ7) — Tucked away in an industrial recycling workplace, there's a bizarre group of supervisors watching construction unfold before their eyes.

"It's a complete spectacle," photographer and tour guide John Plashal said. "It's almost like this place has turned into the Easter Island of North America."

But instead of Moai statues, there are 42 ginormous presidential busts.

What they're doing here starts with a man named Howard Hankins, the property owner.

"He also happens to be the gentleman that saved all 42 of these precious artifacts," Plashal explained.

From 2004-2010, the statues were part of a tourist attraction in Williamsburg, Virginia, called Presidents Park, but the park wasn't a hit among visitors .

"It was over priced. It wasn't really in an ideal location. It wasn't marketed very well," he said. "And it was kind of sterile from what I've heard from people who have been there."

When it closed, Hankins was told to remove the statues and put them in a stone crusher.

"He didn't have the heart to do so," Plashal said.

So instead, he gave them a temporary home on his property and attempted to repair the three presidents up front. However, the time and cost to do so was extraordinary.

"And I think he then realized that the allure of the masses of people coming down here are the fact that they are in a state of disrepair," Plashal said.

There's no explanation why some statues are in better condition than others – except for America's poor 16th president.

"Abraham Lincoln was the only sculpture out of all 42 to fall off the flatbed during transport," Plashal laughed.

But for Plashal, the injury only adds to their character and entices more people to see the spectacle for themselves.

"They are more of an interesting road trip than when they were in a park in perfectly pristine condition," he said.

With the world's growing attachment to social media, the anomaly of these statues has attracted people from around the world, from history buffs to photographers to enthusiasts of the bizarre.

"You get a small subset of adults who come down here without their phones, without their cameras, who just want to appreciate them for what they are," Plashal said.

However, for the majority of tourists who make their way to the abandoned, decaying graveyard of America's presidents want to prove they were here.

"It's all about social media now," Plashal said.

Even though they were on display for the public to see for 6 years in President's Park, they never attracted the kind of popularity they have now.

Plashal said when people turn the corner and see the artifacts for the first time, their jaws drop. The sight is as impressive as it is bizarre.

Visitors also get a unique history lesson from Plashal.

"They [find] out that Andrew Jackson taught his parrot how to swear and that became problematic in the White House," he said. "Or that Abe Lincoln was an accomplished wrestler, only losing one out of over 300 matches in his life, apparently enshrined in the World Wrestling Hall of Fame."

The 45-minute walking tour is more than fun facts and cool selfies. Plashal hopes visitors walk away with something a little more priceless.

"My goal is they walk out of here inspired to place a little more credence, not just on Virginia history but U.S. history, and I'm hearing that that's happening a little bit which is great."

Three of the president heads – Abraham Lincoln, William Henry Harrison, and Zachary Taylor –were temporarily on display in Glen Maury Park in Buena Vista before being transported to President's Park in the early 2000s.

A lot of people ask if the statues will ever be repaired or displayed differently. While that's still a possibility, Plashal said more likely than not, they'll stay just the way they are because it's in this state that people want to see them.

The statues are located on private property and cannot be visited without setting up a tour. Click here to find the next available date.