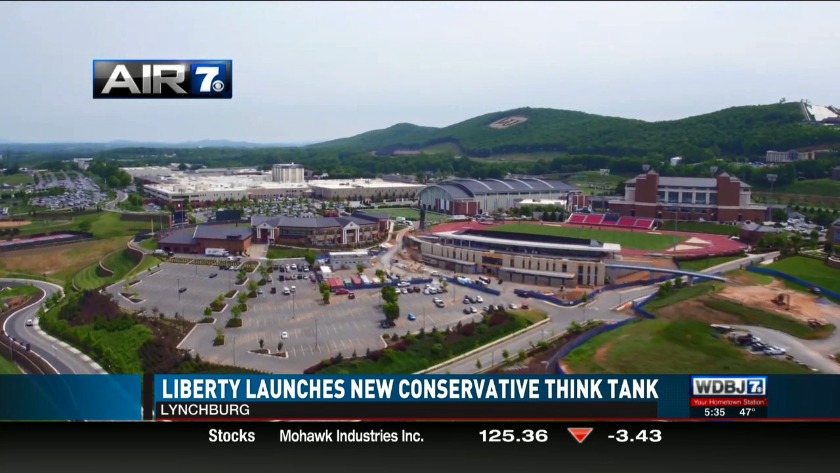 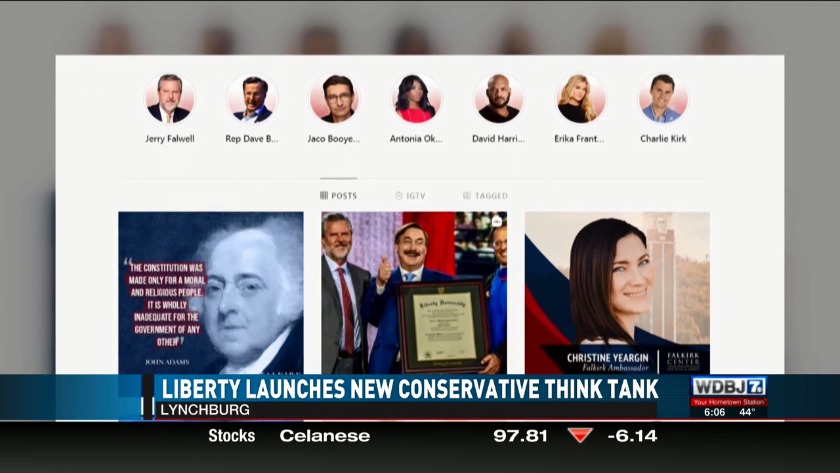 LYNCHBURG, Va. (WDBJ7) — There's a new program on Liberty University's campus. It's not a new building or even a class or a club. It's a space to challenge the way students think and engage with the world around them.

It's called the Falkirk Center. It's a think tank to help students present their Judaeo-Christian worldview in business, politics and lifestyle.

Over the last decade, Liberty University has grown into the largest Christian university in the world. Even though many political leaders from both sides of the aisle have spoken on campus, there is a dominant right wing environment at the school.

The new Falkirk Center is an extension of that belief system.

It was officially created in November by Liberty's president, Jerry Falwell Jr., and founder of the conservative non-profit Turning Point USA, Charlie Kirk. In February, the Falkirk Center is launching its first print journal and ramping up its social media presence.

"The idea behind this is not to be a partisan operation; rather, it is to speak into what I think is a vacuum right now where a lot of information is missing. There's a lot of misinformation about how we should engage publicly," Helfenbein said.

It has a long list of center ambassadors who will contribute to its cause and speak about the hot topic issues dividing the country.

"It's a model where we're breathing into a public space, but then we're also grabbing content, information and feedback from folks who are out there on the front lines of the cultural issues," Helfenbein said. "We're unapologetic in terms of our convictions, our core convictions, where we stand morally, ethically, bionically, but we still need to have conversations about the those concerns," Helfenbein said.

Helfenbein explained the center is calling for more Christians to share their beliefs to influence the country's public policies by falling back on the Constitution.

"The Constitution is pre-political so it wasn't written as a Democratic document or a Republican document," he said. "But it is inherently moral because the very things it defends and prescribes in terms of inalienable rights, recognized first of all that come from the Creator, are all pre-political."

The center will guide its audience to look at public policies through a biblical and constitutional framework, even when that framework differs from another organization's perspective.

Social media and the internet are going to be the main avenues of communication for the Falkirk Center. It'll also be releasing several magazines throughout the year. The inaugural issue is scheduled to be available February 2020.