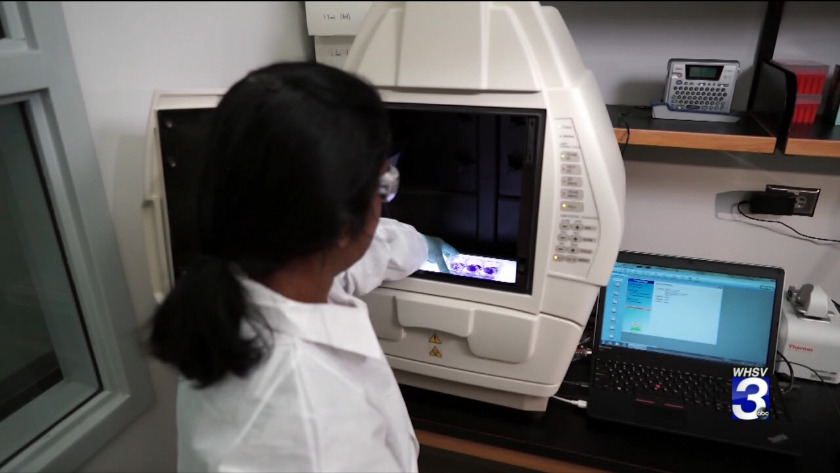 Jim Justice on travelers from out of state 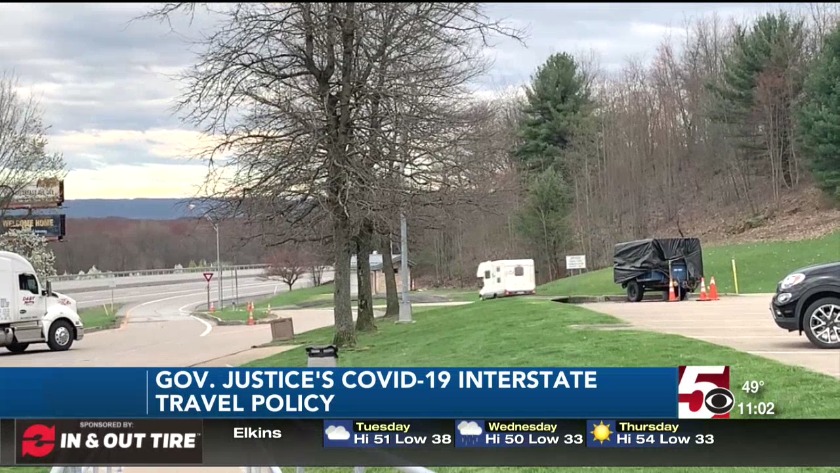 West Virginia Gov. Jim Justice speaks during a news conference at the State Capitol in Charleston, W.Va., Monday March 16, 2020. Justice declared a state of emergency in response to the new coronavirus, even as West Virginia remains the last state in the U.S. without a confirmed case. (F. Brian Ferguson/Charleston Gazette-Mail via AP)

West Virginia Gov. Jim Justice on Tuesday acknowledged that his directive to have police monitor roads and check in on travelers from coronavirus hotspots might be unconstitutional but will continue for safety reasons.

Justice has issued an executive order mandating that people entering the state from places hard-hit by the virus must quarantine for two weeks or face an obstruction charge, saying authorities will watch roads and conduct home checks to make sure people comply.

“If they don't quarantine themselves for 14 days, you know, I'm going to take a big time issue with it, and I may lose at the end of the day but I'm going to try to protect our people,” Justice, a Republican, said in response to a question about the legality of the directives.

The instruction triggered constitutional concerns almost immediately, with the leader of the American Civil Liberties Union of West Virginia saying the order was overly broad and could violate constitutional rights on unreasonable searches and seizures.

“From a real practical standpoint it's hard to imagine how they would enforce this order without violating the Fourth Amendment,” Joseph Cohen, executive director of the ACLU chapter, said in an interview.

The order, which went into effect Tuesday, follows similar moves by governors in Rhode Island, Texas, Florida, Maryland and South Carolina, at least one of which triggered constitutional concerns over whether it is legal to pull someone over on the basis of the origin state of his or her license plate.

Justice said it's important for people entering the state from New York, New Jersey, Louisiana, Connecticut, Italy or China to self-isolate and that he “wants to be really respectful of constitutional rights but people are dying all over this country right and left."

Clay Marsh, a high-ranking West Virginia University health official tapped to lead the state's coronavirus response, said the self-quarantine directive is in line with federal guidance but did not mention the order's criminal and policing components.

The directive allows for people who are under the ordered quarantine to leave to get food or medical attention. It doesn't apply to people traveling into West Virginia for work, health, emergency or essential business purposes.

At least 162 people in West Virginia have the virus, with a total of 4,143 residents have tested, state health officials said Tuesday. The state reported its first virus fatality on Sunday, with the death of an 88-year-old Marion County woman.

West Virginia was the last U.S. state to report a confirmed case, though Justice attributed that to a lack of testing. Testing remains limited, meaning most people now spreading the highly contagious virus may not know they have been infected, and state health officials have admitted their count lags behind the actual total as results pour in from counties around the state.

Justice on Tuesday also announced he was banning elective surgeries and closing private campgrounds to new arrivals from people who aren't from West Virginia, which he said was intended to further deter visitors.

For most people, the new coronavirus causes mild or moderate symptoms, such as fever and cough that clear up in two to three weeks, and the overwhelming majority of people recover. But severe cases can need respirators to survive, and with infections spreading exponentially, hospitals across the country are either bracing for a coming wave of patients, or already struggling to keep up.

With COVID-19 continuing to plague West Virginia with new cases being confirmed everyday, Governor Jim Justice cracked down on travel.

"If you come to this state from New York, New Jersey, or Connecticut, we expect you point blank to quarantine yourself for 14 days," said Gov. Justice in Monday's news conference. "We want you to hear us; we don't want you to come across our borders."

"Now if you come here and choose not to do that, and we find out about it, we for sure are going to ask our state police to check in on you."

That's not to say that borders are closed. The executive order is not to restrict interstate travel, but to prevent those who do not live in the state from entering and take up residence right now.

Justice says this order makes allowances for essential workers such as medical and military personal to cross state lines. Supply trucks will also not be targeted.

"We're basically referring to people that have tried to escape out of a very, very toxic area, a hot-spot beyond belief, to come to West Virginia and enjoy all the goodness going on here and hang out... and they may very well be infected and not know it, and come here and affect lots and lots of people," said the governor.

If non-West Virginians are caught taking up residence and refuse to quarantine for 14 days, the governor says they are obstructing justice.

"Absolutely I expect our state police - and I'm directing them, that if there are folks that have come across our state lines and they are not quarantined ... someway, somehow we've got to be able to get word to them that that's exactly what they have to do," he says.