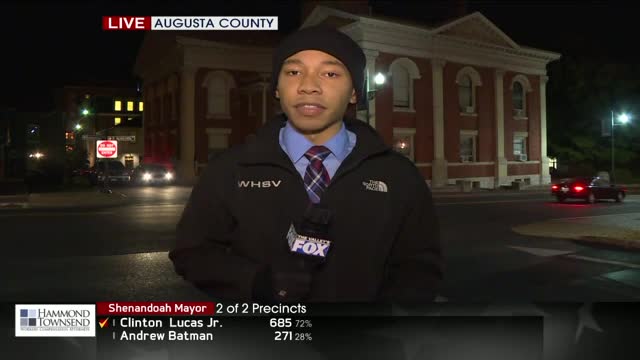 Following controversy during the past week over whether members of the Augusta County Board of Supervisors misled voters with paid advertisements and figures, citizens voted to keep the courthouse in Staunton, rather than move it to Verona.

The question on the ballot was this -

"Shall the Courthouse of Augusta County be removed to the Augusta County Government Center Complex in Verona, Virginia, and shall the Board of Supervisors be permitted to spend $45,000,000.00 therefore?"

The votes from Augusta County citizens played out like this:

Once many of Augusta County's 26 precincts were reporting, the Board of Supervisors issued the following official statement:

"The Augusta County Board of Supervisors would like to thank all of the citizens of the County that came out and voted this evening. While we are disappointed in the results of the courthouse referendum, the Board of Supervisors continues to have a legal and moral responsibility to our judicial system. As such the board will take some time to consider what action we may take in regards to our facilities in the future."

Voters in Augusta County will decide whether or not to construct a new courthouse complex in Verona on Tuesday, Nov. 8.

But officials in favor of the move have fallen under scrutiny for information they've presented ahead of the vote.

The Board of Supervisors recently mailed 30,000 informational brochures to homes, listing a cost comparison of constructing courthouses in both Staunton and Verona. The price tag for the Queen City, estimated by an architect firm, came to $59,429,000. Meanwhile, the Verona project was priced at $45 million.

"When the county prepared to address the needs of all of our court facilities, we did a number of analysis and studies to determine [...] the best way to build all the functions of the courts together," said Carolyn Bragg, the chair of the board. "The question was then asked, 'what would the cost be to put something that was a similar facility in Downtown Staunton?'"

However, those against the move argue the county could remodel the current courthouse on East Johnson Street at a much cheaper cost.

North River District Supervisor Marshall Pattie, who is among those opposed to Tuesday's referendum, said the $59 million price for a new Staunton facility is intentionally misleading.

"In 2012, tax payers paid $80,000 for a study that showed we can renovate the circuit courthouse for significantly less than what it would cost to build a new one," said Pattie. "The bottom line is it's going to be significantly less money for us to renovate in Staunton than to build new in Verona."

But Bragg expressed doubt on the suitability of the current courthouse in the years to come.

"Strictly a remodel of the circuit court building will not address any of the needs for the general district or juvenile domestic relations," Bragg said. "A remodel of just the [current] building is probably not an option."

So, what will happen if the referendum fails to pass?

According to Bragg, a circuit court judge could petition the Virginia Supreme Court to render the property insufficient to meet the needs of the county. A five-member panel would then develop a plan to best meet the court's needs.

Bragg said the main concerns would be the building's security, accessibility and functionality. Parking would also be put under consideration.

But both Bragg and Pattie agree doing nothing is not an option.

"Turning down or delaying the needs of the courts doesn't change what we have a responsibility to do, both legally and morally," said Bragg.

"Regardless of where we sit on this side, the board recognizes that something needs to be done," said Pattie.