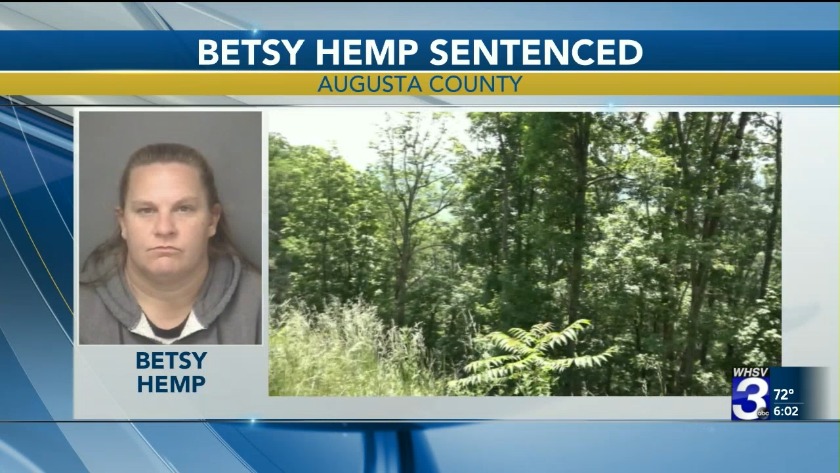 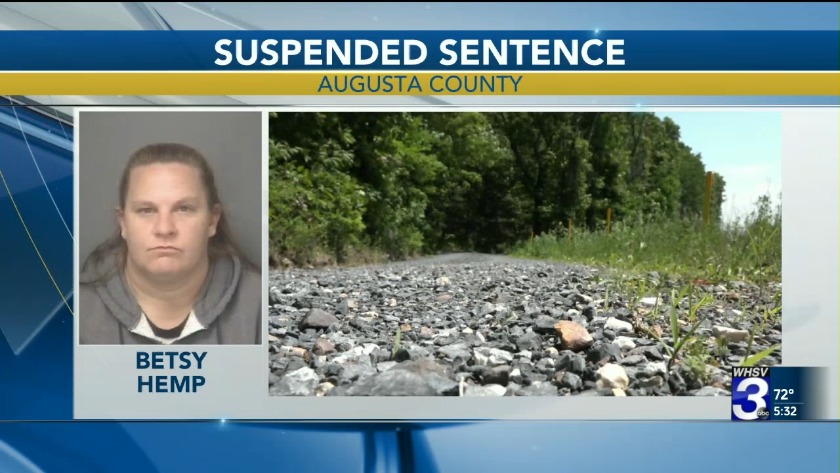 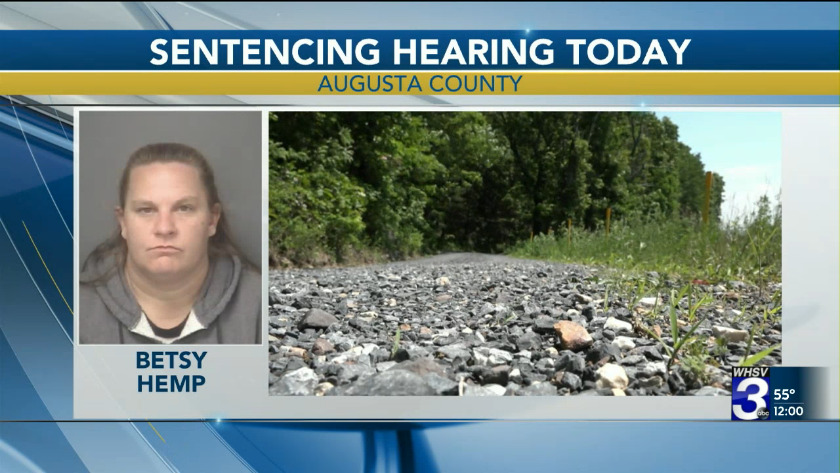 Betsy Hemp to be sentenced today on animal cruelty charges 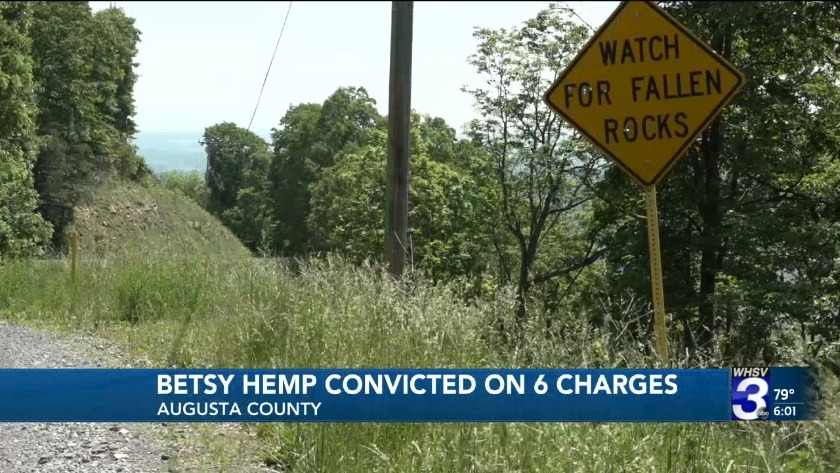 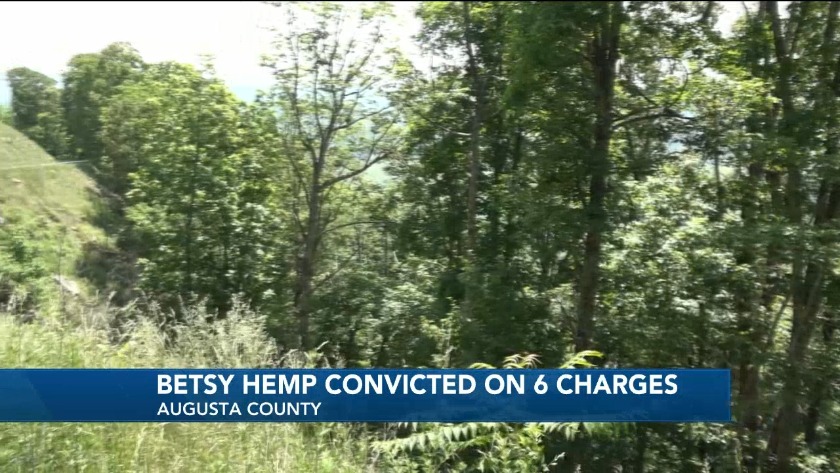 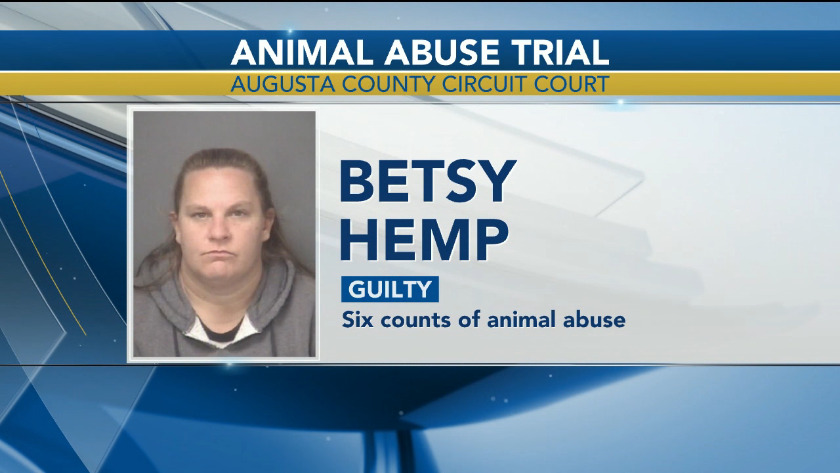 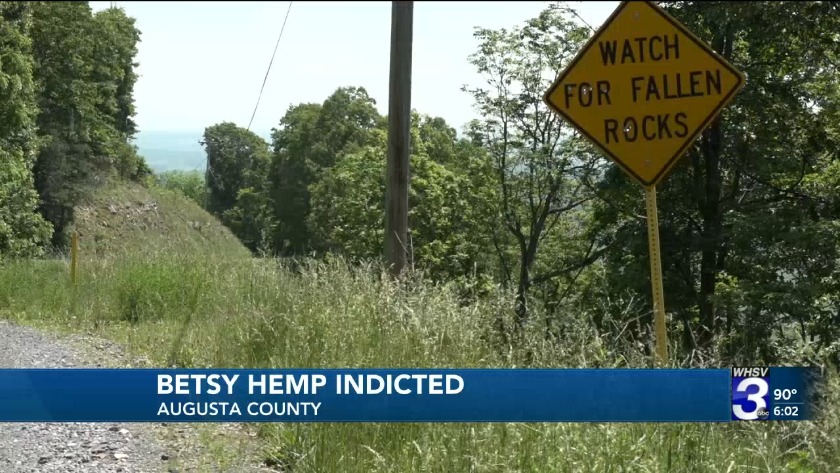 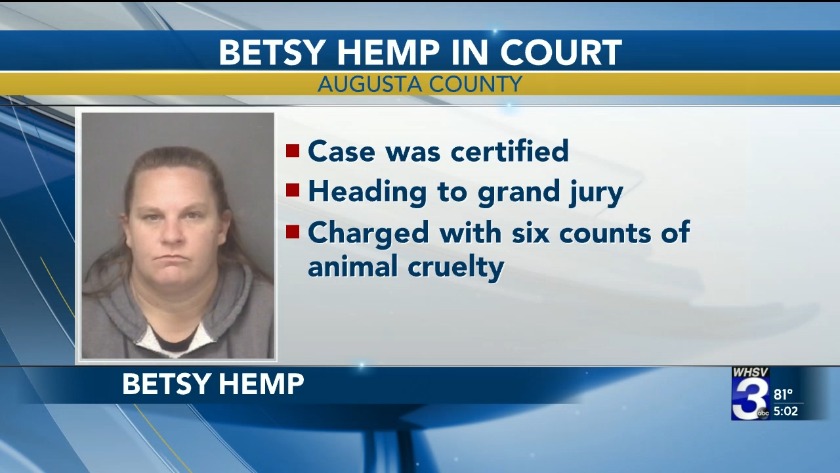 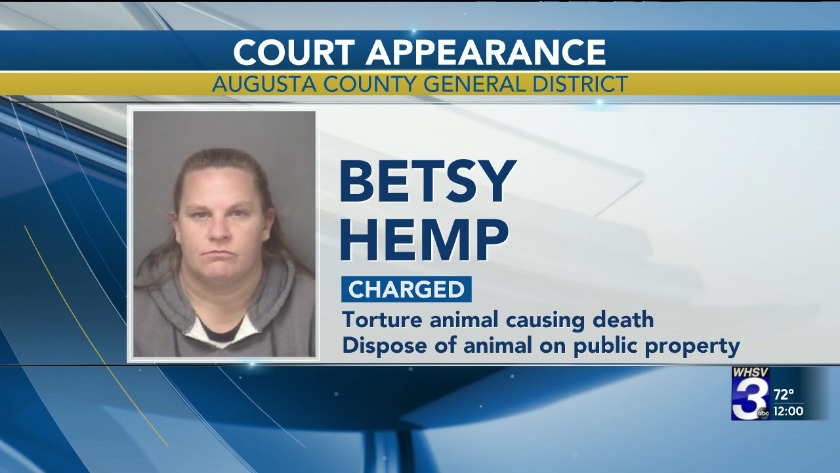 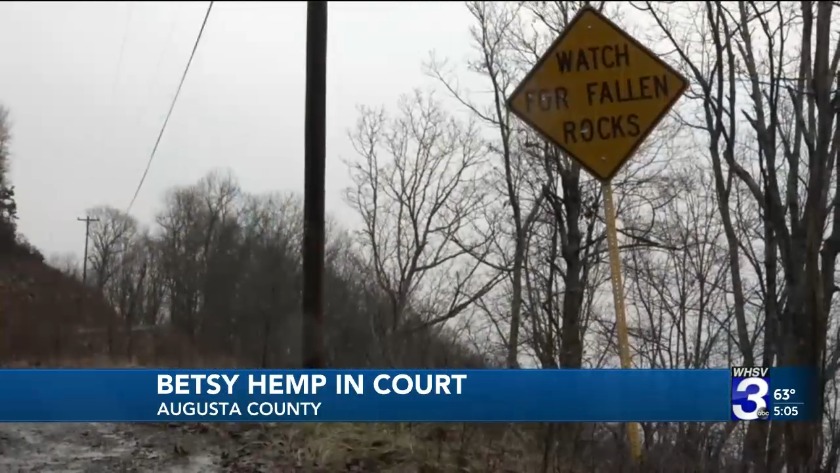 AUGUSTA COUNTY, Va. (WHSV) — An Augusta County woman who admitted shooting and killing a litter of puppies and then dumping them over an embankment just before Christmas last year will serve no time in jail.

Betsy Hemp, of Middlebrook, was convicted of six misdemeanor counts of animal cruelty on Sept. 24. She also pleaded guilty to six charges of illegal dumping in connection with her disposal of the puppies' bodies.

She had originally faced felony charges of torture of an animal, causing death, but they were all reduced to misdemeanor animal cruelty charges when she was convicted.

During the hearing, her lawyer called John Anderson to testify. He spoke about all of the things Hemp does for his wife and himself, including cooking, running errands like getting groceries and prescriptions, and taking care of the lawn.

Hemp also testified. She said she was angry and frustrated that even though she tried to do the right thing, she wasn't able to find a place for the animals. Hemp said she regretted killing the animals.

Her lawyer, Dana Cormier, argued that Hemp should not receive jail time. He didn't think that would benefit Hemp or the people she helps. He said he hoped the judge would see Hemp as a good woman who made a mistake.

During the hearing, Hemp testified that she thought of the animals as working dogs, and her lawyer argued that meant she saw them differently than the companion animals she also raised.

Augusta County Commonwealth's Attorney Tim Martin, who prosecuted the case, argued for Hemp to spend time in jail for her crimes. He said he found her actions disturbing.

The judge ultimately gave her a suspended sentence, pointing out Hemp's testimony of seeing them as working dogs before doing so.

Hemp will be required to complete 500 hours (which comes out to 20 days and 20 hours) of community service and pay a $1,500 fine for the charges of illegal dumping (related to her dumping of the puppies' bodies over an embankment on the side of Troxel Gap Road between Middlebrook and Craigsville).

She'll also have to carry out 60 hours of litter abatement.

According to testimony during her trial last month, Hemp advertised the litter of puppies for sale and contacted the SPCA and the Shenandoah Valley Regional Animal Services Center. The SPCA was full and unable to take the dogs and since they belonged to her son, SVASC would not take them without his permission.

After that, Hemp said she was frustrated and angry, so she took the puppies out back, shot them to death, and disposed of the bodies.

Investigators determined the dogs were between four and six months old when they were killed.

The defense argued that even though she killed the puppies, it did not meet the threshold for a felony. Her lawyer, Dana Cormier, argued the commonwealth had not presented any evidence that Hemp had intended to cause pain. Cormier said that Hemp wanted them to die as quickly and painlessly as possible.

After considering all the evidence, the judge said he found Hemp's actions to be unnecessary and he thought she could have received consent from her son to take them to a shelter.

He said it was sickening to him, but he did not believe the commonwealth had proved adequately that she intended to torture or cause inhumane pain. Instead of the felony she was charged with, Hemp was convicted on six misdemeanor counts of animal cruelty.

"It's not necessarily as straightforward as some people in the public may expect it to be," Tim Martin, Augusta County Commonwealth's Attorney said after her conviction. "We have a great deal of respect for his ultimate decision."

Cormier agreed that it was a difficult case, and said he appreciated the time the judge took to make his decision.

"Unfortunately she got frustrated, she made a bad choice," Cormier said. "But I think it's important that she be convicted for what she actually did."

Earlier this year, Virginia lawmakers passed a bill toughening animal cruelty laws in the commonwealth, lowering the threshold for a felony to "cruelly or unnecessarily beating, maiming, mutilating, or killing a dog or cat." The law went into effect on July 1.

However, while that law lowered the threshold for animal cruelty to be charged as a felony in Virginia, it does not mean all animal cruelty convictions will be felonies.