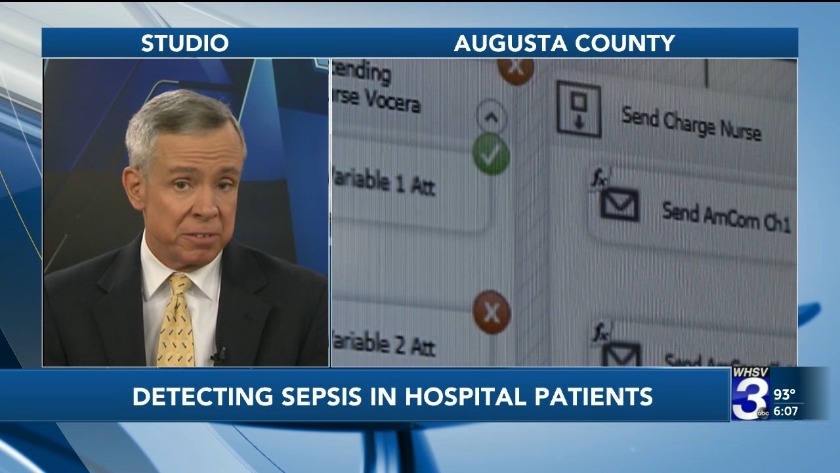 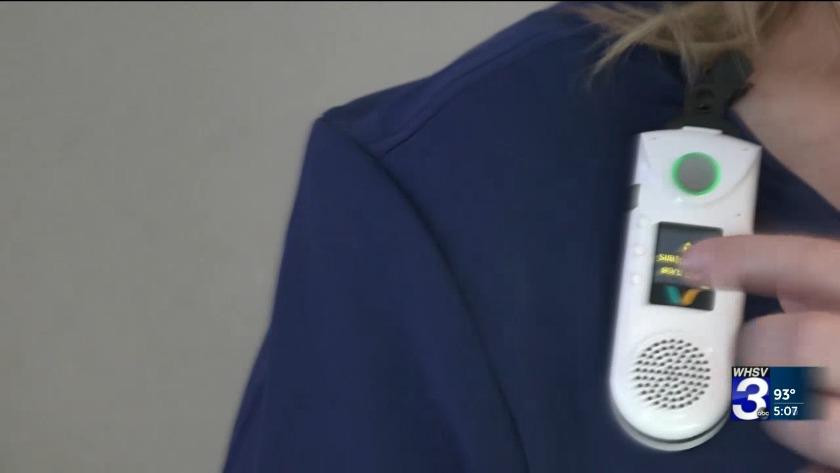 AUGUSTA COUNTY, Va. (WHSV) — September is Sepsis Awareness Month, and at Augusta Health, their early warning technology is helping to save lives.

This is the alert nurses and doctors receive when the early warning system detects a patient with sepsis. | Credit: WHSV

Sepsis is the leading cause of death in hospitals, with 270,000 people dying every year in the United States. Sepsis is the body's overwhelming and life-threatening reaction to infection. It can lead to tissue damage, organ failure and death, according to the Sepsis Alliance.

The hospital has been able to decrease their mortality rate because of an early warning system. It was developed by Dr. Penny Cooper, a data scientist at Augusta Health.

"By using artificial intelligence capabilities, we can screen 100 percent of our inpatient population without any manual intervention by nursing staff," Dr. Cooper said.

The system takes vital signs and other data from patients and if a patient is over a certain threshold, an alert is sent to doctors and nurses.

"That gives us certain indications that we need to get certain tests and treatments started early, things like fluids and antibiotics, certain lab tests," Dr. Rob Szeles, a hospitalist director said.

The system was implemented in the emergency department in August 2016 and inpatient treatment in September 2018. Since the second quarter of 2016, more than 280 people have been saved using the system.

The early detection is especially important because the chance of death increases the longer a person goes without treatment. While sepsis is the leading cause of death in hospitals, it doesn't just occur in hospitals.

It can happen anytime the body has an infection. The Sepsis Alliance uses the pneumonic TIME-- temperature, infection, mental decline and extremely ill to warn people of symptoms.

If you have higher or lower temperature, signs or symptoms of infection, if you're confused, or sleepy and if you feel extremely ill, you may have sepsis.

Sepsis can't always be prevented, but treating infections promptly and keeping up to date with vaccinations and good hygiene can help.