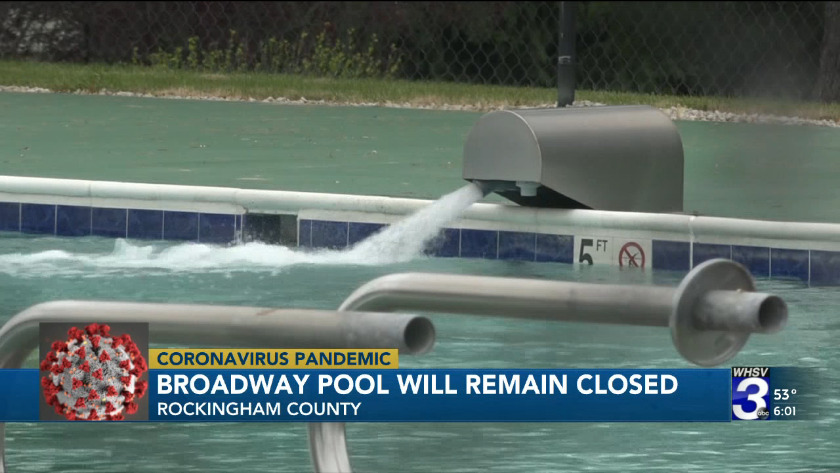 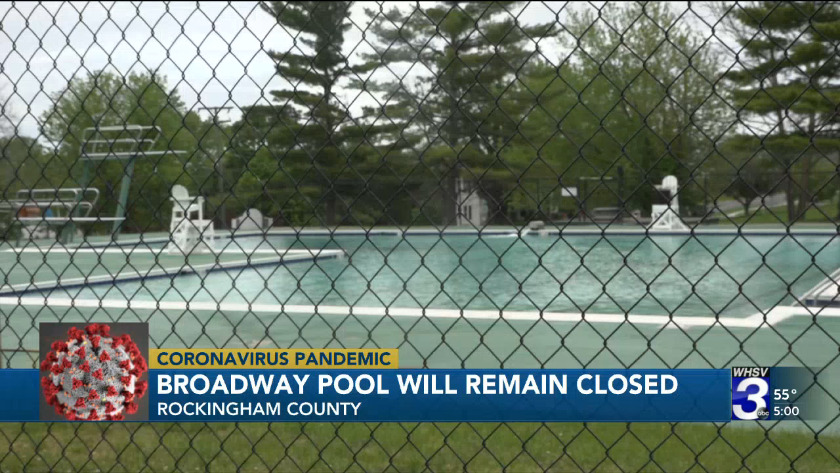 BROADWAY, Va. (WHSV) — This Memorial Day weekend would normally be the opening for many community pools throughout the Shenandoah Valley, but most, like the town of Broadway's pool, will remain closed until at least June.

Staff will increase the sanitization of the facility during the adult swim period throughout the day.

The town said they were thinking about keeping the pool closed a few months ago when Gov. Ralph Northam first released his executive orders telling people to stay home and closing non-essential businesses.

Town officials said they hope they can reopen by June or when Virginia moves into Phase II of reopening. As of right now, the guidelines in Phase 1 do not allow for it.

The town said, based on the guidance they have to work off of right now, they expect to only be able to allow up to 50 guests in the pool at a time when they can get to the point of reopening. And they'll be sanitizing high-touch surfaces frequently.

On Tuesday, it was announced Westover Pool in Harrisonburg would also not be open for Memorial Day weekend.

The city of Waynesboro announced back at the end of April that they would be keeping the War Memorial Pool closed for the 2020 season, alongside cancellations of major summer events.

Virginia state parks, which are opening up campgrounds and boat and bike rentals for Memorial Day weekend,are also keeping swimming pools closed for all of the 2020 season.

Elsewhere in the Shenandoah Valley, based on current state guidance, the Pine Bluff Pool is planning a tentative opening date for mid-June.