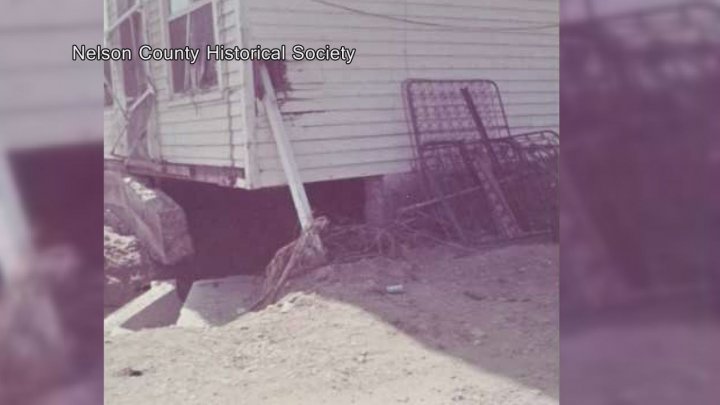 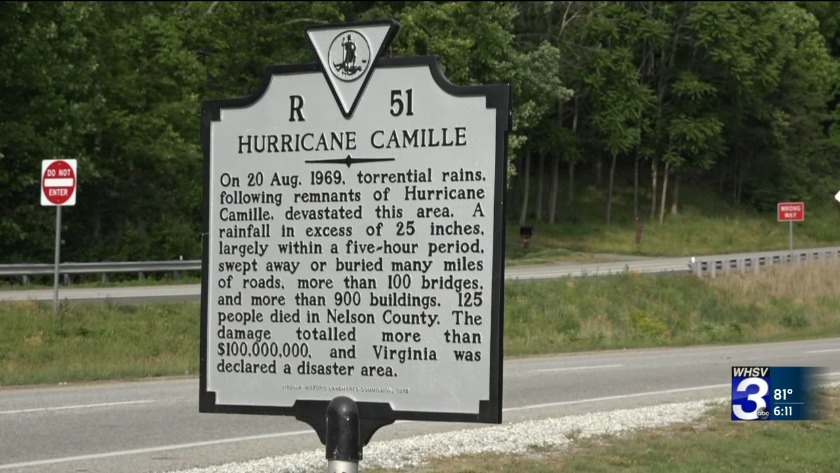 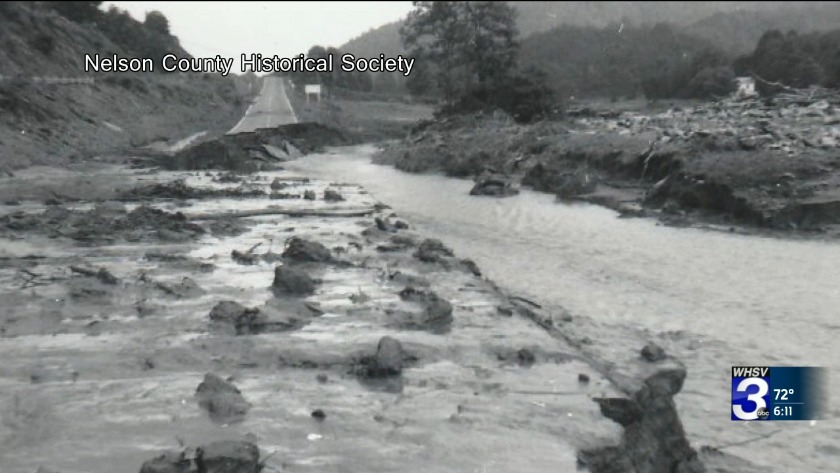 Warren Raines recalls the morning of August 20th, 1969 after being rescued from a willow tree. He was swept away in flood waters near Massies Mill, and held onto a tree all night.
"Just to look when daylight came, and walking it it was just unbelievable, the destruction."

It was somplete devastation of everything.
Milton Harris survived the night in a car with his family.
"You could look at the mountains and see streaks where the landslides had came."

Geologists have counted more than 5,600 landslides in Nelson County from the storm. Fifty years later if you look close, you can still see some scars from Camille.

Ed Tinsley was a State Trooper in Amherst county in 1969.
"Human loss was the big thing, and not just the fact that a person died but it was that they died in such a violent way."

Even though there was so much rain, most people died as a result of the powerful landslides that were so numerous.

On the morning of August 20th, Trooper Tinsley was called into work. His job was to drive the county to see what roads were open.
"It took me about 8 hours to do that and there were no main, secondary roads in to Nelson County."

The flood waters receded quickly but the mud left behind, was twenty to thirty feet deep in some places.

The only way to get help into the county was by helicopter.

Survivors like Warren Rains and his brother Carl started searching for their parents, and three siblings.
"Aall day long, just searching, and just asking people if they've seen anybody."

They quickly realized that their family, didn't make it.
"My brother and I had become orphans overnight so we just had to figure out what we were going to do."

It wasn't just flooding that killed so many people, mudslides proved deadly.

Tinsley explains what happened.
"When these big surges came down, they just wiped these little communities out, it just wiped out whole families like here in Davis Creek."

Fifty two people lost their lives in the small community of Davis Creek.

Because the rain was so heavy and so much fell in a short amount of time, all telephone and radio communication was lost.
Tinsley remembers how that impacted recovery efforts.
"The lack of communication was the biggest thing"

Tinsley was in Nelson county for about three weeks after the storm.
"We were working anywhere from 16-18 hour days so you didn't have a lot of time to think about what you were doing, just doing what you had to do."

As the cleanup and recovery started, volunteers came in to help including the Monnonite Disaster Service from the Shenandoah Valley, who were instrumental in helping to clean up and rebuild the community wiped away by Camille.

In Nelson county 124 people died, and more than 20 people lose their lives In Rockbridge county.

Parts of Augusta County was also hit hard by flooding and it's estimated more than 200 people had to be evacuated from Waynesboro in the flood waters.
There were no deaths in Augusta County.

So could another storm like this happen again?
Click on the "WEB EXTRA" video at the top to hear more stories, something a little lighter from the storm, and to hear from the National Weather Service.