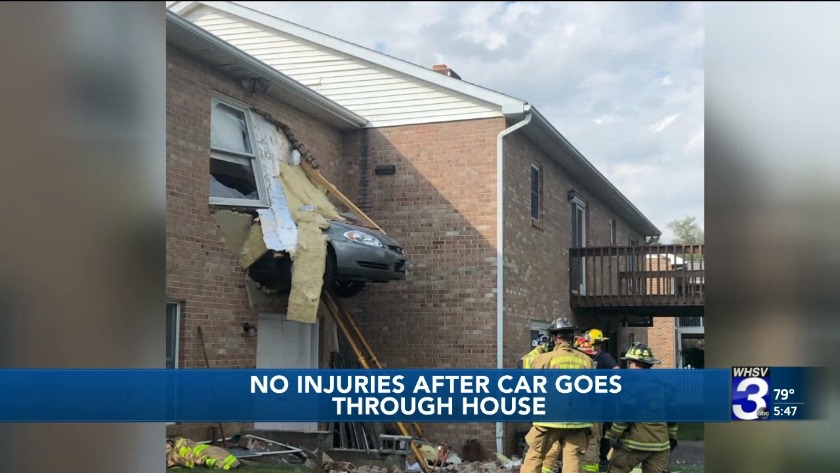 A little before 5 p.m. on Bluewater Rd. in Massanetta Springs, crews worked to remove a car that had gotten lodged through the wall of a brick house.

According to officials on scene, no one was injured and, as of 5 p.m., the house had been stabilized.

A neighbor told WHSV she was in her backyard with her dogs when she heard a very loud crash. She went outside and saw a car hanging out the back of a nearby house. She said her husband and responding firefighters helped an elderly woman out of the vehicle and she went into the house to check on her.

She said the woman is alright, but upset that the crash happened.

It appeared the vehicle had smashed directly through a brick wall and a window, ending up partially out the back of the building, dangling from a story up with debris scattered below.

After investigation, the Rockingham County Sheriff's Office determined that the woman shifted into the wrong gear and accelerated through her garage by mistake.