Charlottesville Unrest a Factor for Voters 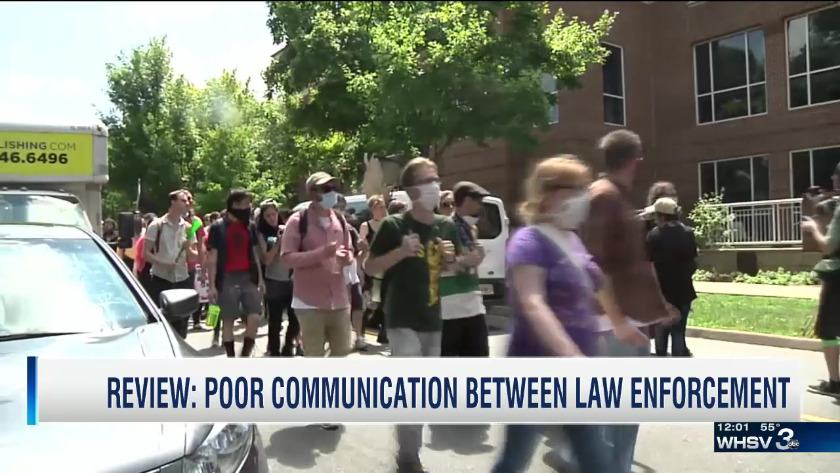 CHARLOTTESVILLE, Va. (AP) — The sharp divisions between Charlottesville residents and their elected leaders and police were on display at a tense, raucous City Council meeting, the first since the release of a scathing report on officials' response to a white nationalist rally this summer.

Former U.S. Attorney Tim Heaphy formally presented the findings of his months-long review to the council Monday after releasing a report publicly Friday. His investigation found a lack of planning, poor communication and a passive response by law enforcement to the chaos that unfolded at the Aug. 12 "Unite the Right" rally, believed to be the largest gathering of white nationalists in at least a decade.

The report found those failures had led to "deep distrust of government" in the Charlottesville community, and many residents made that clear Monday night.

During Heaphy's presentation, the audience listened quietly for the most part, letting out exasperated groans, sighs and gasps from time to time as he laid out his findings. His presentation, projected onto a large screen, included photos, screenshots of police officer body camera footage and maps of the police action plans.

The room grew more chaotic when the council opened a public comment period.

Some speakers shouted at the councilors; others, at the police posted in the room.

"Will you apologize to the people of Charlottesville?" Tanesha Hudson asked Mayor Mike Signer.

One speaker said the whole council should resign. One person in the crowd had a sign that said, "Blood on your hands."

Fighting broke out before the event officially began, and the brawling went on for nearly an hour in front of officers until the event eventually disbanded. Later, as counter-demonstrators were peacefully marching through a downtown street, a car drove into the crowd, killing 32-year-old Heather Heyer and injuring many more.

Heaphy's investigation — which involved about 150 interviews and a review of photos, video and more than half a million documents — said neither free speech nor public safety was protected that day.

State police directed their officers "to remain behind barricades rather than risk injury responding to conflicts between protesters and counter-protesters," the report said. And Charlottesville commanders "similarly instructed their officers not to intervene in all but the most serious physical confrontations."

The report also found that police removed an officer from the area where the car plowed into counterprotesters, leaving only a small sawhorse in place at the time.

"Supervisors devised a poorly conceived plan that under-equipped and misaligned hundreds of officers. Execution of that plan elevated officer safety over public safety," the report said.

City Manager Maurice Jones discussed an "action plan" at the end of the meeting, giving a brief outline of changes he said the city plans to implement.

All "relevant personnel" will receive large-event training to prepare in case there's another event like the rally, he said.

Charlottesville is going to create a new emergency management team, and the police department will go through de-escalation training, he said.

The city will also create new permitting regulations, including one that would restrict certain weapons at special events, he said.

"There is a lot of distrust right now in our community," Jones said at the end of the meeting. "As Mr. Heaphy said, it's all around. It's not just one side against another."

Jones pledged that the city is committed to addressing the distrust and underlying issues of race.

Asked by an AP reporter if he is considering any personnel changes in light of the report, Jones declined comment.

Signer declined to respond directly to the particularly sharp criticism he faced, saying he was "taking it all in."

"This night is really for us to listen and learn," he said.