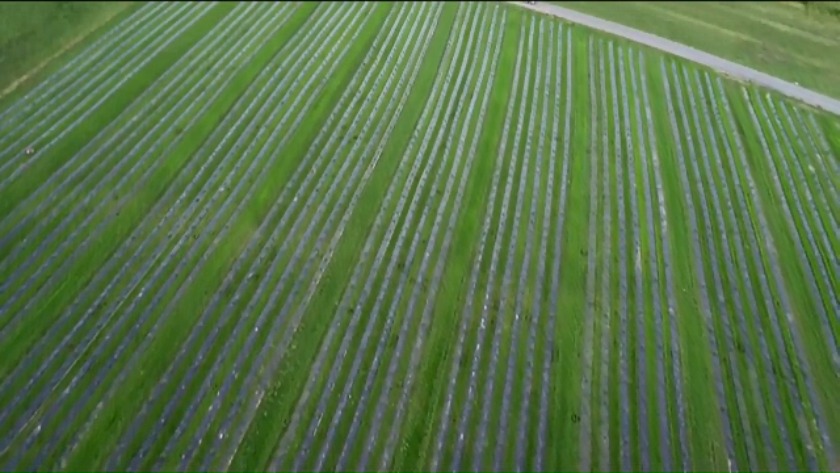 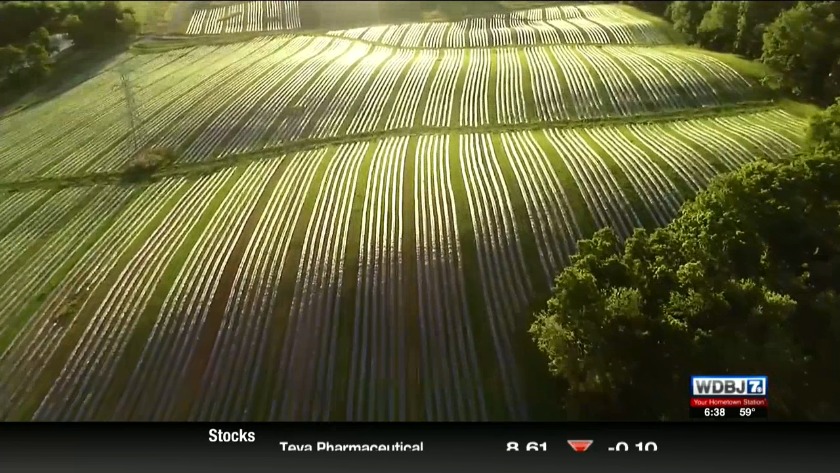 CHRISTIANSBURG, Va. (WDBJ) — In mid-morning, John Straw starts his four-wheeler and drives down the hill.

Straw is in charge of checking each and every one of these hundreds of plants at TruHarvest Farms.

"It's just a lot of attention to detail," he said casually.

Here, they're not growing your typical farm produce.

The rolling farm hills and big barn can be seen from Interstate 81, and its logo is definitely eye-catching.

"People see a marijuana leaf and they think, 'Ah, that's just marijuana.' But it's really not," said Matt Hagan, the farm's owner.

Here at TruHarvest, it's actually hemp, a cousin of marijuana that has high CBD concentration and low THC.

"The community needs to know that we need to be at a .3 percent compliance on THC," Hagan assured.

THC or tetrahydrocannabinol, is the chemical that produces psychoactive effects.

"Some strands of marijuana are 30 percent. So you're looking at 100x more THC in recreational marijuana," Straw said.

Hemp, on the other hand, is grown for its fiber properties and cannabidiol, or CBD.

"This plant has so many positive healthy benefits for people with fibromyalgia, with joint pain, with inflammation, with sleeping disorders with anxiety, all that type of stuff, without the psychoactive effects that you get from marijuana," Hagan said.

It wasn't until Virginia passed the 2018 Farm Bill that hemp was even allowed to be grown in the state for purposes beyond just research.

"I think allowing for the commercial production of hemp in Virginia gives Virginia's farmers another opportunity to supplement their agricultural income," Erin Williams, hemp policy adviser for the Virginia Department of Agriculture.

And one of the first to invest in the plant on a large scale, is race car driver and cattle farmer, Matt Hagan.

"Everybody says, 'you're either going to be the biggest dummies on the block or we'll be popping champagne bottles.' I don't know," Hagan laughed.

He said while it's exciting to look at the monetary potential, it's also a risky investment.

Hemp is commonly grown on the west coast where the climate is much different than the east coast's. There isn't a lot of research on the best ways to grow hemp here in Virginia.

When Hagan looks out at his 85 acres of farmland, he sees a lot of hard work.

This much hemp has never been grown in Virginia which is why Hagan has enlisted Straw's help.

He's a specialty crop expert, even though-

"I've never grown hemp a day in my life."

Straw is learning right along side Hagan.

Hemp is challenging for several reasons. The first, is the lack of information on the crop. There's no research on what pesticides to use, what variety grows best, or how to keep the plants from drowning in Virginia's rainy, humid climate.

"We're just making it up as we go," Straw laughed.

They're working with Virginia Tech and the state to increase hemp research here in the state.

"We need to work with producers to not only gather university research but on-form research to see what's practical and how we can relate that message to other farmers and make the whole industry a lot stronger," Kelli Scott, a Virginia Cooperative Extension agent, said.

"We want to see what grows best in our area and our region and what's going to produce the most CBD content and what plant is going to thrive out here," Hagan said.

Another challenge is the hefty price-tag to get started.

"From start to finish, it's extremely expensive to grow this stuff," Straw explained.

A single hemp plant could cost anywhere from $3 to $6. They have to be hand planted, individually inspected, and every detail documented.

"We've got some dark green color," Straw said looking at one of plants closely. "They're taking off and growing really well so far."

However, there are still a lot of unknowns.

"We don't know how it's going to turn out," Hagan said. "But with no risk, there's not much reward."

A reward they hope pays off big time.

"Failure's not an option," Straw said. "We'll do whatever's necessary to make this crop a success."

By mid-June, they were almost done planting. When the hemp is ready to be harvested, each stalk will be about six feet tall and four feet wide.