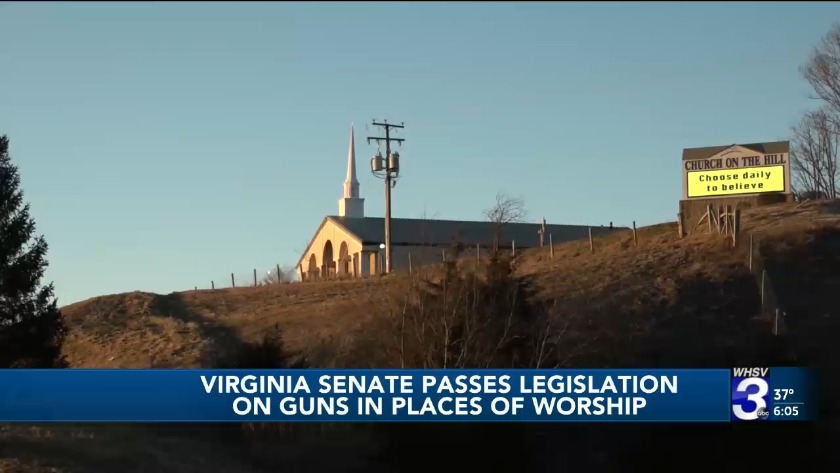 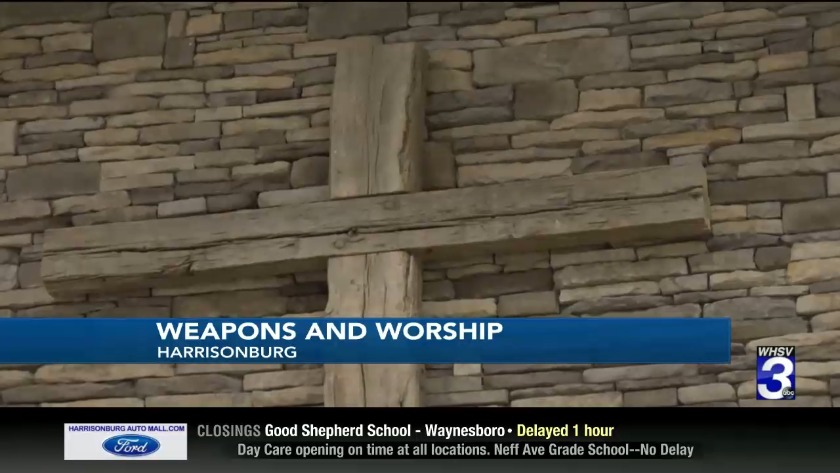 While most people go to church to worship, security expert Chernoh Wurie goes to worship and protect. He leads security at Hill City Church in the Richmond area.

A bill to allow weapons, including firearms, within places of worship died in the House last week. Senate Bill 1024, introduced by Sen. Richard Black, R-Loudoun, passed the Senate along party lines, 21-19, but died in the House Rules Committee. The bill sought to repeal a law on the books since the 1950s.

“It’s chaos waiting to happen if you ask me,” Wurie said. “It gets a lot more problematic when you put guns in churches.”

Hill City Church, a non-denominational Christian church off Staples Mill Road near the Richmond city line, has a strict no-firearms policy, with signs up throughout the building. The only people allowed to carry a weapon are Wurie and his security team, picked he said because of their police training.

Wurie said places of worship without an organized security team might be more likely to allow congregation members to carry because “there is no other form of protection.”

Gun violence has occurred at places of worship in the recent past.

Some said the number of casualties in Texas would have been higher if a civilian hadn’t fired at the shooter. But other groups feel uncomfortable with firearms in a place of worship.

The Virginia Interfaith Center for Public Policy is a coalition of more than 700 faith groups. The organization opposed SB 1024 and urged members to contact legislators, saying that worship spaces should “be holy, safe and a refuge” and “free of violence.”

Wurie said he thinks some places would allow their congregation to carry firearms, and it is ultimately the institution’s decision.

He said if the bill had passed, he would have anticipated institutions potentially hiring congregation members with security experience.

“It can be a distraction, to a point, for both security and the congregation,” Wurie said. “If everyone is allowed to carry arms during worship, it could be a distraction for the people.”

If the bill had passed the House, Imad Damaj, faculty adviser for the Muslim Student Association at Virginia Commonwealth University, said they planned to lobby the governor to veto it and that the organization did not think the bill would make anyone safer.

“We spoke against it; a lot of people in the Muslim community spoke against it,” Damaj said. “Accidents can happen. You come to a place of worship for peace, prayer and inspiration.”

Damaj worships at the Islamic Center of Virginia. He also said weapons would be a distraction to the congregation.

“People don’t feel comfortable praying next to people who carry arms,” he said.

He questioned if Sen. Black spoke with faith leaders before introducing the bill.

“I can tell you from the Muslim community perspective … we don’t want that [the bill],” Damaj said. Just before the Senate approved the bill on Jan. 24, Black said that congregation members are “vulnerable” and “the ultimate target” of someone who intends to inflict “mayhem on the congregation.” He pointed to church shootings in recent years, including a 2015 mass shooting in Charleston, South Carolina by a white supremacist who killed nine black churchgoers during a Bible study service.

“You cower in place or you fight back,” Black said.

Black did not respond to requests for a comment on the legislation.

The Virginia Senate has approved a bill to make it easier to bring a gun into a place of worship.

The GOP-controlled Senate narrowly voted to support the legislation Thursday on a 21-19 vote. The bill would repeal a law that prohibits people from bringing guns and knives to a place of worship during a religious service without "good and sufficient" reason.

The bill still has to pass the House and if it passes, it is likely to be vetoed by Democratic Gov. Ralph Northam.

Every bill proposed in the General Assembly to implement some form of gun control has been voted down.

A bill to repeal a ban on weapons in places of worship heads back to Virginia's Senate this week.

The bill was approved to move out of committee, and, if passed, the bill would allow a person to carry a dangerous weapon into a place of worship while a service is being held.

Right now, the Code of Virginia makes it a misdemeanor if a person brings in a weapon. One church in the area says recent shootings in churches across the country have encouraged them to be prepared.

Brandon Williams, lead pastor at Church on the Hill, says the congregation understands the importance of safety precautions.

"They too recognize that you're kind of vulnerable, you're in here worshiping God, you've come to bring your presence before the Lord," Williams said.

Williams said that he wishes this was not the way of the world, but he said the scripture says people should be prepared.

James Atwood, a retired Presbyterian minister, says that he thinks the bill is a knee-jerk reaction to the recent shootings. For Atwood, there isn't a spot for guns in places of worship.

"It's a contradiction in terms of who we are, we trust God to protect us, that doesn't mean we're foolish," Atwood said.

Atwood said that the issue is very large, and something that people should research.

The bill was passed in the Senate last year, but died in a House committee.

Current law makes it a Class 4 misdemeanor to carry or conceal “any gun, pistol, bowie knife, dagger or other dangerous weapon without sufficient reason, to a place of worship.”

“I believe Virginians have the right to protect themselves,” Sen. Robert Black, R-Loudoun, the lead sponsor of the bill, stated on his website. “I support the right of competent, law abiding citizens to own arms to defend themselves and their families.”

Some congregations nationally already allow concealed weapons, including The River at Tampa Bay Church in Florida. The church’s decision came in response to the 2017 shooting at First Baptist Church in Sutherland Springs, Texas, which left 26 dead.

As a means of “warning” individuals, the congregation put up a sign stating that the property is “heavily armed.