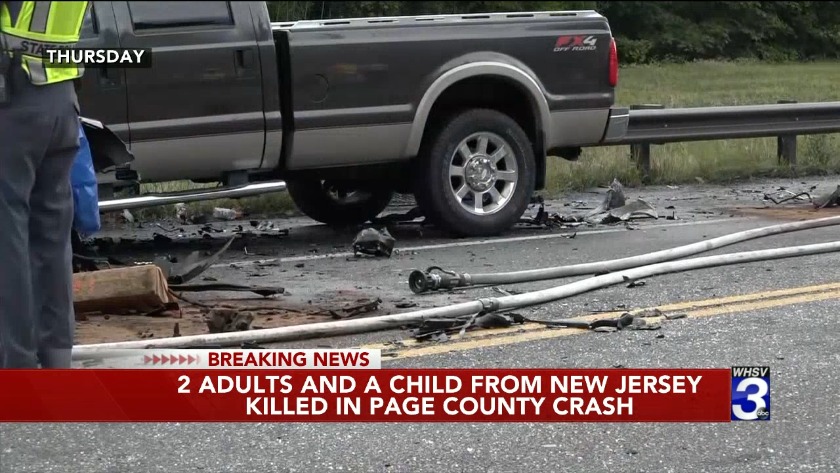 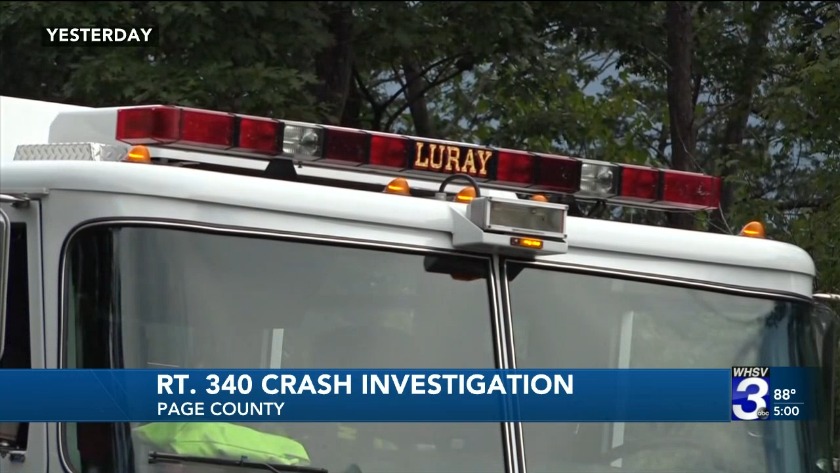 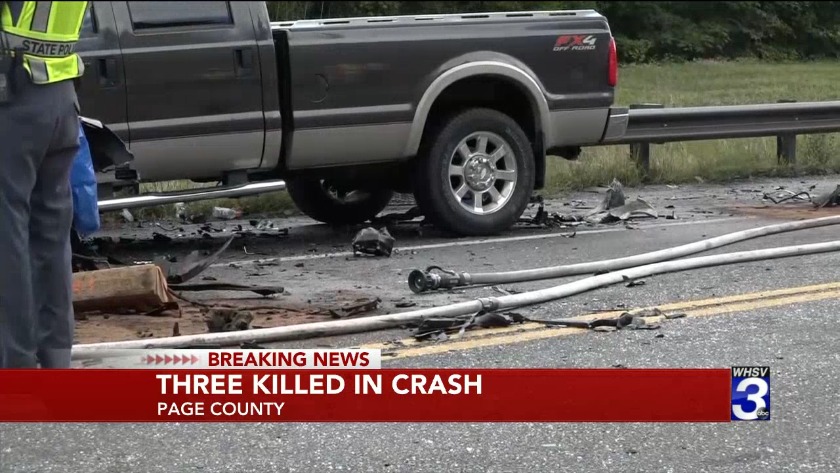 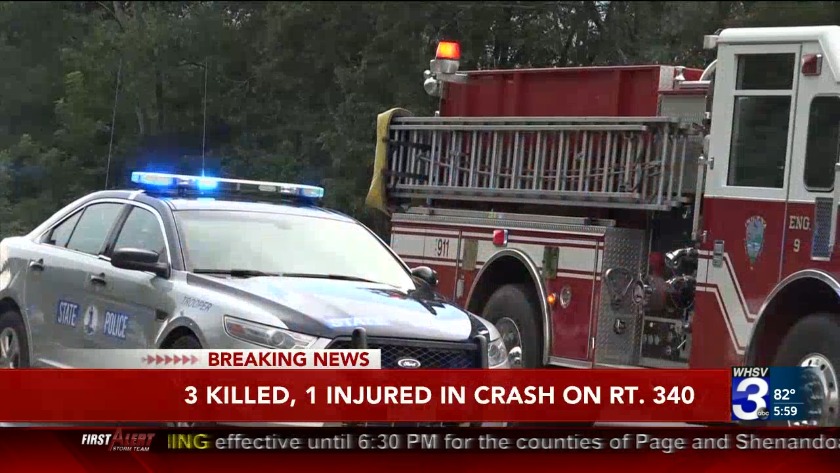 A Virginia State Police trooper investigates the scene of a fatal crash on Route 340 in Page County on Aug. 15.

According to police, the driver of a 2008 Ford F-250 was traveling south on Route 340 when he lost control, crossed the center-line and collided head on with a northbound 2015 Dodge Grand Caravan near the highway's intersection with Runyon Road in Rileyville.

Three of the passengers in the van were killed.

The driver of the van, Gurmeet Singh, 44, of Carteret, New Jersey died on the scene. Singh's passengers, Jasleen Kaur, 38, of Cateret, N.J. and a six-year-old girl of Cateret, N.J. were pronounced dead at the crash site. An 11-year-old boy was flown to UVA Medical Center with serious injuries.

The driver of the Ford was identified as Douglas W. Sours, 65, of Shenandoah. Investigators said he was transported to Winchester Medical Center with minor injuries.