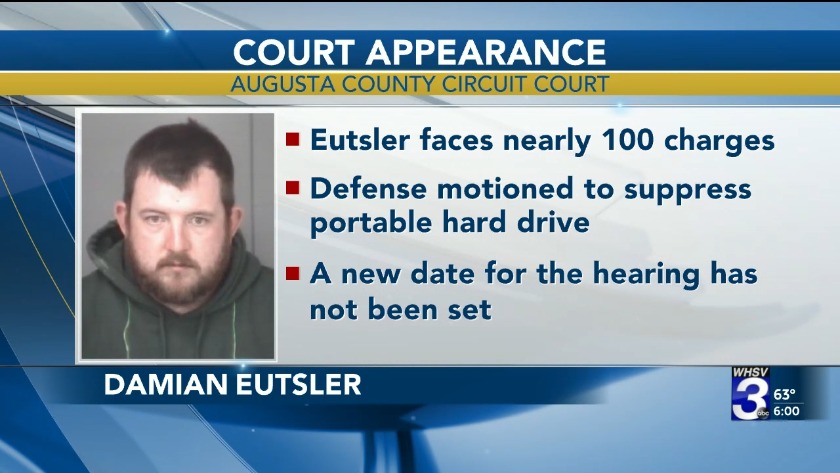 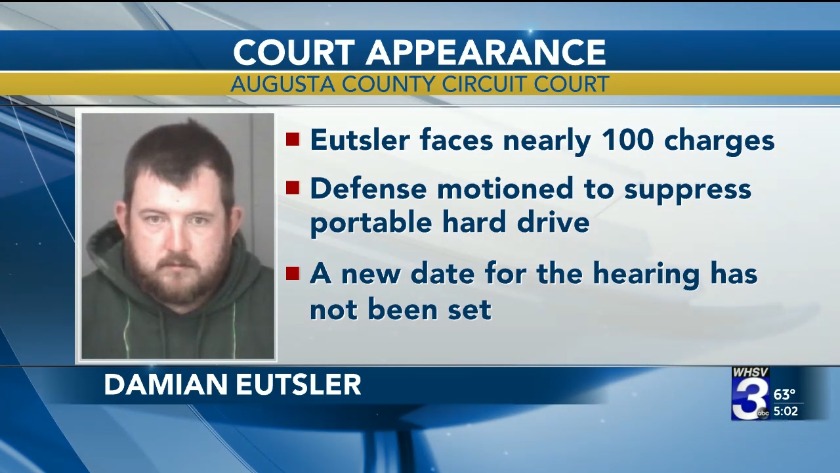 Damian Eutsler, 32, of Stuarts Draft, was in Augusta County Circuit Court for a motions hearing.

The defense for Eutsler motioned to suppress a portable hard drive that allegedly contains the images. The defense says that police violated Eutsler's rights when they looked at it without a warrant.

The Augusta County Commonwealth's Attorneys office says Eutsler does not have a reasonable expectation to privacy for the hard drive, which means his rights were not violated.

That motion was not heard in court today. Instead, the court heard arguments about whether Eutsler had standing to complain about the search.

Both sides called witnesses to the stand, including Eutsler, Eutsler's mother and one of Eutsler's former co-workers.

After hearing testimony, the judge asked lawyers for both sides to submit a brief detailing their research.

The briefs are due in three weeks, and the motion will be heard after they are reviewed. A date has not been set for the next motion hearing.