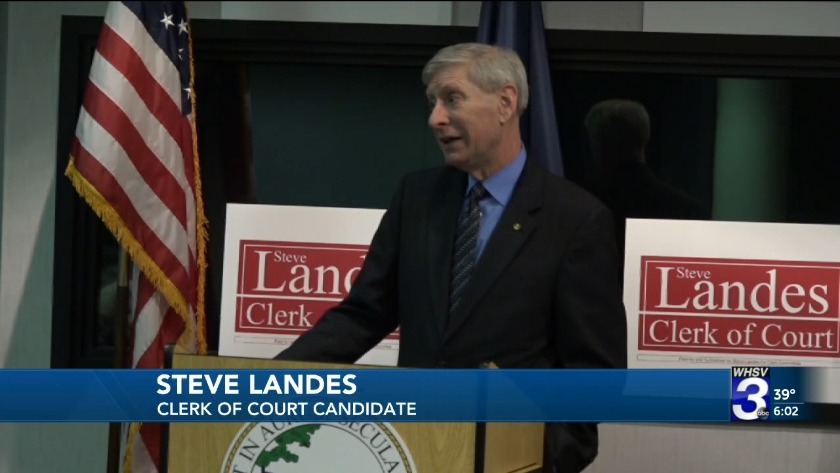 Landes announces his candidacy for Augusta County's Clerk of Court 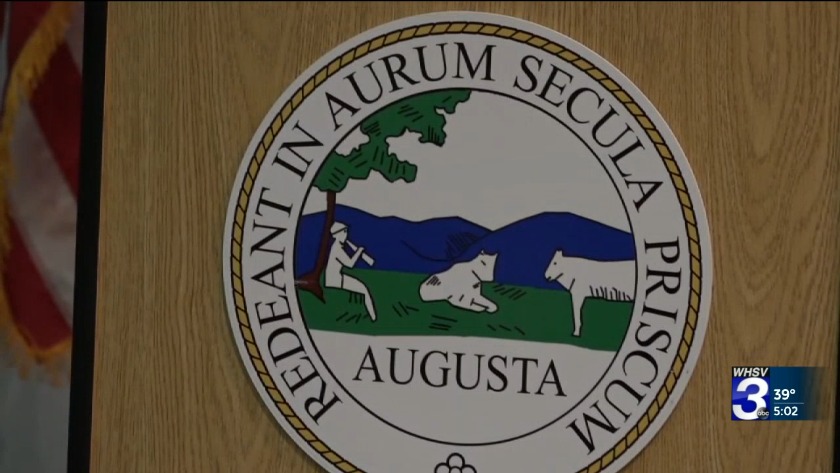 Del. Steve Landes announces his candidacy for Clerk of Court in Augusta County 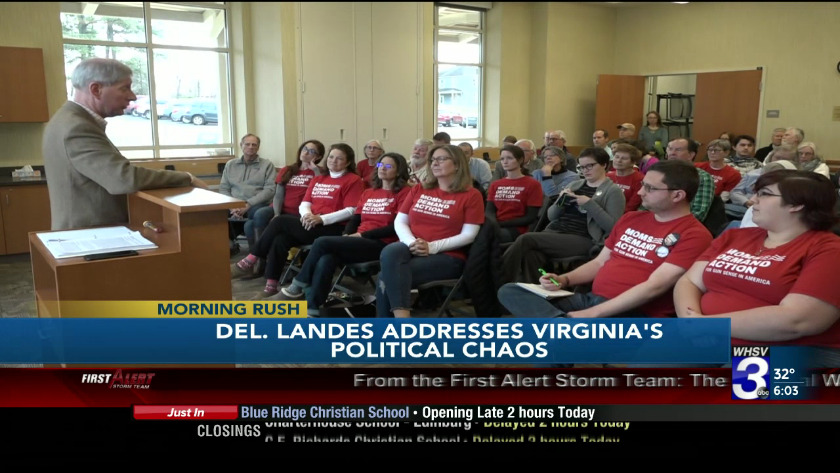 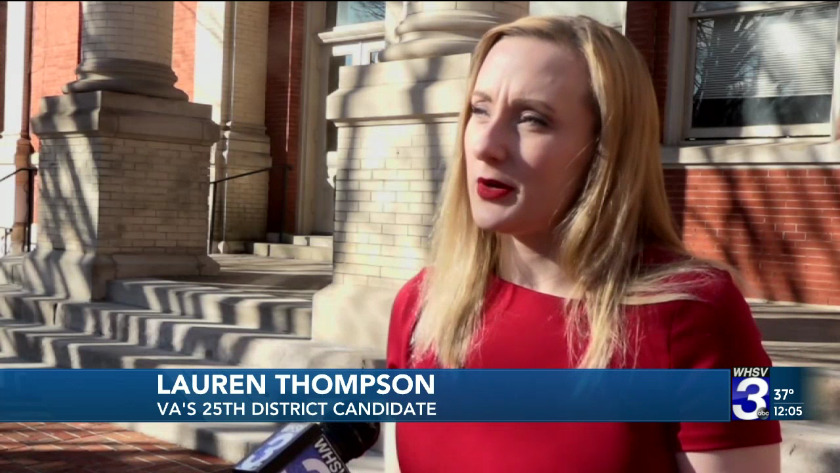 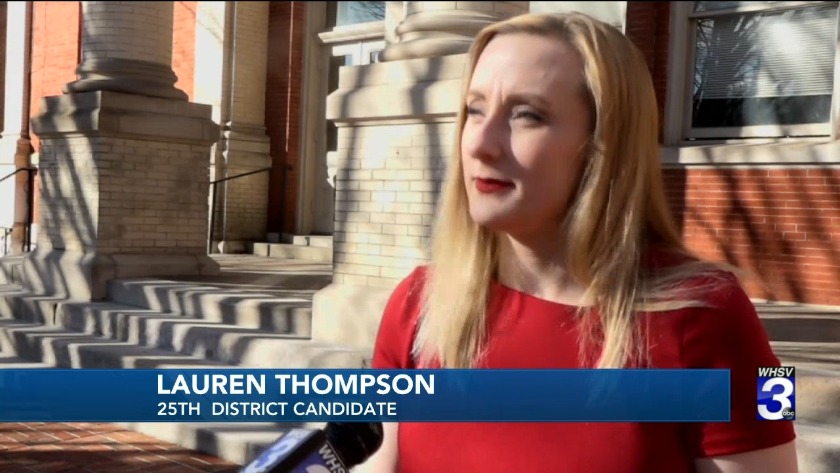 Democrat and Navy vet announces her candidacy against Del. Landes 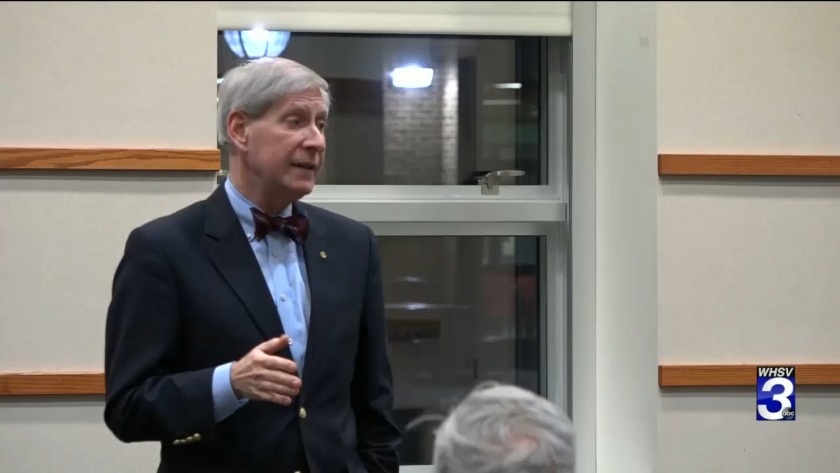 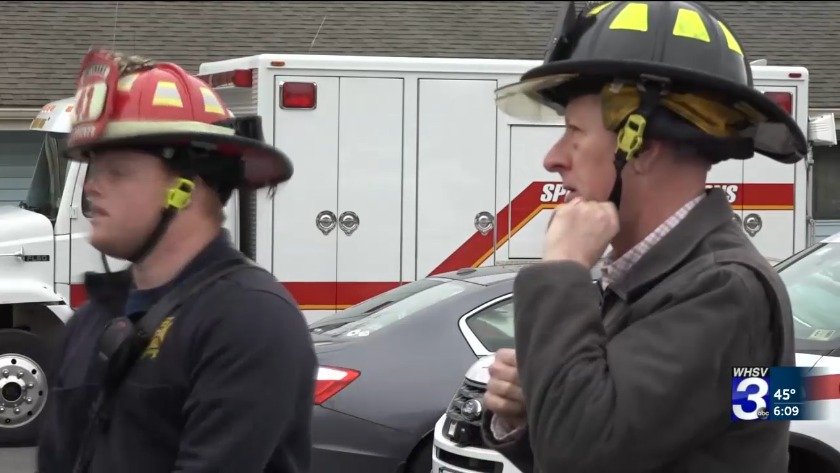 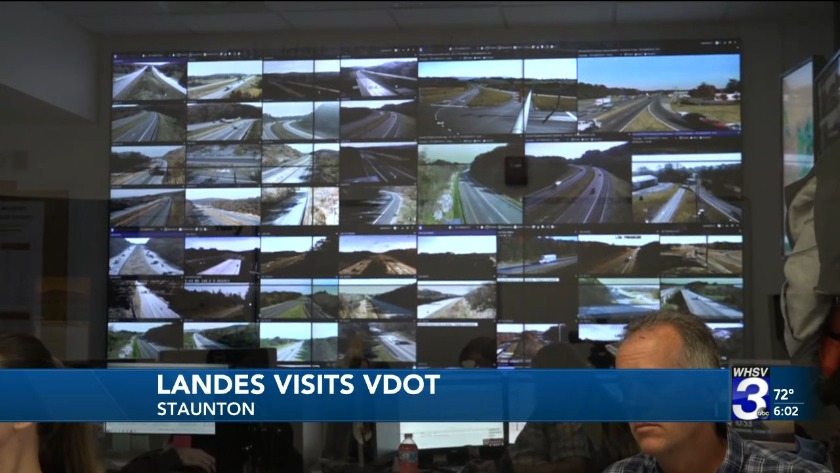 VDOT gets a visit from Delegate Landes 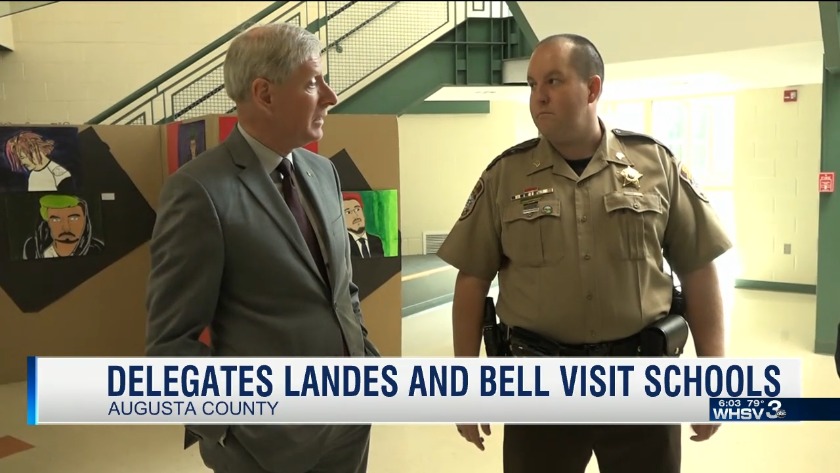 AUGUSTA COUNTY, Va. (WHSV) — After over 20 years serving in Virginia's House of Delegates, Del. Steve Landes is not seeking re-election in 2019.

Landes, who was first elected to represent the 25th District in 1996, will instead run for the Clerk of Circuit Court for Augusta County.

Landes will be running against Carolyn Bragg, a current member of the Augusta County Board of Supervisors.

Landes represents the 25th District, which includes parts of Albemarle, Augusta, and Rockingham counties. In the decades he has served in the House of Delegates, he has also sat on the Board of Trustees for the Fronteir Culture Museum, helped lead the Augusta Historical Society, led the Weyers Cave Ruritan Club, and participated in numerous community organizations.

He currently works as a community liaison for Home Instead Senior Care.

"After much thought, prayer, and in speaking with family and friends from across Augusta County, I know the time is right for me to use my experience in the General Assembly and put that experience to work for all the citizens of Augusta County as their Clerk of Circuit Court," said Landes.

The Clerk of Court takes on hundreds of responsibilities for a county in Virginia, including the administration of justice working with both judges and public safety officials, serving as the recorder of deeds and records related to land transactions including the collection of taxes and legal fees related to these transactions, serving as a probate judge when a last will and testament is presented to the Clerk for legal probate of an estate, and providing the public services such as issuing marriage licenses, processing notary public commissions, and issuing concealed weapons permits.

Landes says his years of government work on both the state and local levels make him qualified for the position.

"I will be meeting with Mrs. Brydge, and, if possible, the hardworking and dedicated staff in the Clerk’s Office to get their input and ideas," he said.

Landes plans to campaign across Augusta County for the position.

In the House of Delegates race, Lauren Thompson and Jennifer Kitchen are competing for the Democratic nomination to run for Landes' seat. At this point, no Republican has confirmed that they will be running to replace Landes, but announcements are expected in the coming days.

“Steve Landes is a respected leader in the House of Delegates and while he will be missed in the House, I know he will do a great job as Augusta County Circuit Court Clerk.

“Steve has served in a number of leadership roles in the House. He was Chairman of the House Republican Caucus and currently serves as Chairman of the Education Committee and Vice-Chairman of the Appropriations Committee. He has helped improve the quality of education in our Commonwealth, working to reform the SOLs and improve the teacher licensure process. Working closely with his colleagues on the Appropriations Committee, Steve helped chart a fiscally-responsible course for our Commonwealth, protecting taxpayers and ensuring their money is being spent in a prudent and efficient manner.

“I have always had an immense amount of respect for Steve and I wish him, Angie, and Roth the best as he continues his career of public service.

“Whoever succeeds Steve will have big shoes to fill, but we are confident that we will retain this seat in November.”

WHSV has a reporter at Landes' announcement. Tune into WHSV News at 5 and 6 for more.

Virginia Education Association President Jim Livingston made the following statement regarding the decision by Delegate Steve Landes not to seek re-election:

On behalf of the more than 40,000 members of the Virginia Education Association, I commend Delegate Landes for his history of leadership for the betterment of Virginia public schools.

For the last few years, as chair of the House Education Committee, Del. Landes has worked to give our high schools the opportunity to innovate and to improve the delivery of Virginia’s dual enrollment programs. Del. Landes also worked productively with VEA on bills affecting teacher licensure and evaluation. In the 2018 session, we worked closely with Del. Landes on his bill to update and improve Virginia’s teaching license requirements, including increasing the length of the license to 10 years. This session, he led the push to require the Board of Education to update Virginia’s Teacher Evaluation Model. These updates are long overdue, and we salute Del. Landes for his leadership on this issue.

While we may not have always agreed on policy, one could never doubt his commitment to our public schools and to creating pathways for our students to graduate with the skills they need to be successful.