Democratic AGs sue to force US to ratify ERA 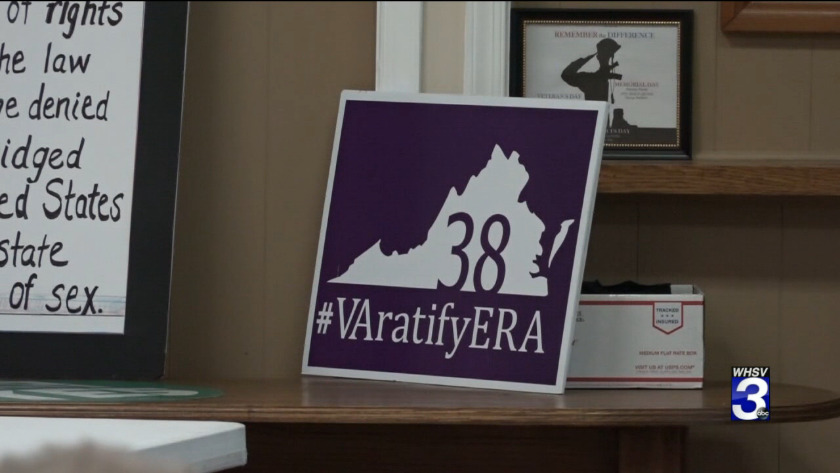 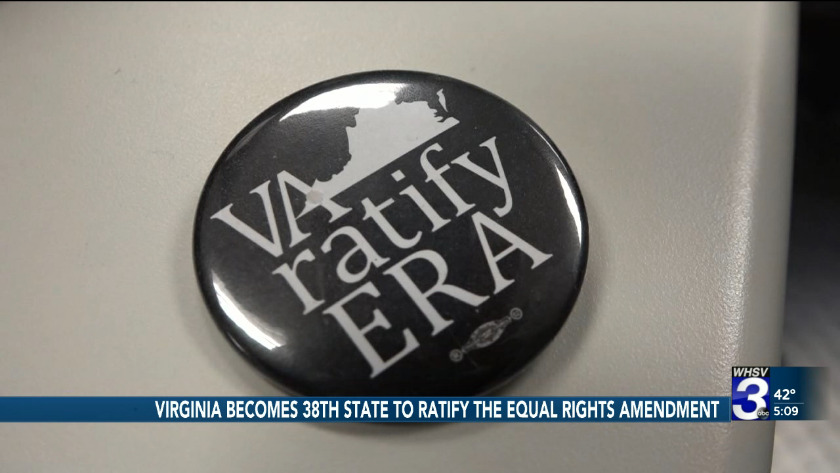 Valley leaders weigh in on ERA 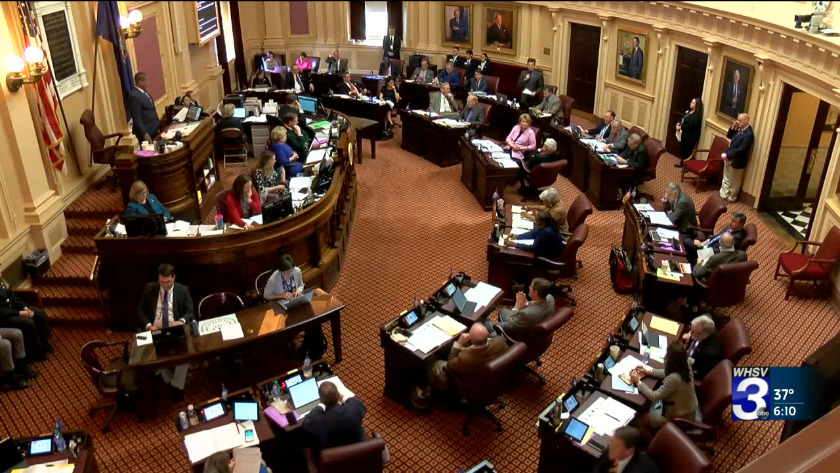 Women in Valley hopeful for the ERA

Virginia Senate and House of Delegates pass the ERA

RICHMOND, Va. (AP) — Three Democratic state attorneys general are suing a U.S. government official to force him to recognize Virginia’s vote this week to ratify the Equal Rights Amendment and certify the measure as part of the Constitution.

Attorney General Mark Herring speaking to an audience on April 17, 2019.

The lawsuit filed Thursday against the archivist of the United States comes after the National Archives and Records Administration said this week that David Ferriero would “take no action to certify the adoption of the Equal Rights Amendment," which would prohibit discrimination based on sex.

The attorneys general argue that U.S. laws do not give the archivist the power to decide whether to certify an amendment. They contend the archivist’s duty to certify the amendment is “mandatory and purely ministerial.”

“After generations of effort, the women of this country are entitled to their rightful place in the Constitution. This Court should compel the Archivist to carry out his statutory duty of recognizing the complete and final adoption of the Equal Rights Amendment,” the lawsuit says, according to a copy provided to The Associated Press.

The U.S. Constitution says amendments can be proposed by Congress with a two-thirds vote in the House and Senate or by a constitutional convention called by state legislatures. So far, all 27 amendments have been put forward by Congress. Ratification is then required by the legislatures of three-quarters of the states, or 38.

But the fate of the ERA has been in question because of a 1979 deadline that Congress enacted and later extended to 1982. Thirty-five states ratified the ERA by 1977. No others joined by the 1982 cutoff, and the next to sign off was Nevada.

In declining to certify the ERA, the archives said it was following advice from the U.S. Department of Justice, which issued an opinion this month saying it was too late for states to certify the ERA. The department said the amendment process must begin anew.

The attorneys general argue that the deadline passed by Congress is not binding.

The time limitation was not included in the text of the article that was sent to the states for consideration, they argue. Additionally, the attorneys general say, the U.S. Constitution doesn’t explicitly give Congress the power to set a timeline for states to ratify an amendment.

They note that the last amendment to be added in 1992 - the 27th Amendment limiting the ability of members of Congress to raise their own pay - took more than 200 years to be ratified by 38 states.

They’re asking a court to direct the archivist to certify that the amendment has passed and is now the 28th Amendment to the U.S. Constitution.

The press office of the National Archives and Records Administration didn't immediately respond to a request for comment.

The attorneys general and the ERA Coalition plan to hold a news conference announcing the lawsuit in Washington on Thursday morning.

Supporters of the ERA say it's needed to guarantee women equality under the law. They say it would offer stronger protections in sex discrimination cases and give Congress firmer ground to pass anti-discrimination laws.

Opponents warn it would erode commonsense protections for women, such as workplace accommodations during pregnancy. They also worry it could be used by abortion-rights supporters to quash abortion restrictions on the grounds they discriminate against women.

Below is Attorney General Mark Herring's full press release on the lawsuit:

Following Virginia’s historic vote to ratify the Equal Rights Amendment, Attorney General Mark R. Herring today has filed suit to recognize that the amendment has been added to the U.S. Constitution, enshrining equal rights for women. On January 27, 2020, the Virginia General Assembly voted to pass and ratify the Equal Rights Amendment, making it the 38th and final state needed to immediately make it part of the Constitution. As the complaint states: “after generations of effort, the women of this country are entitled to their rightful place in the Constitution”. Joining Attorney General Herring in filing this landmark civil rights lawsuit today are Illinois Attorney General Kwame Raoul and Nevada Attorney General Aaron Ford.

“I am so proud that Virginia was the 38th and final state needed to ratify the ERA, finally pushing us over the edge and enshrining gender equality in our nation’s founding document. For nearly 150 years, the Constitution did not acknowledge the existence of women. Now, 231 years since our country was founded and on the centennial anniversary of the nineteenth amendment, the American people have shown that they are as committed as ever to true equality by adopting the Equal Rights Amendment,” said Attorney General Herring. “For too long, women have not been afforded the same protections as men under the Constitution. Our history is full of strong, amazing women, who faced countless barriers in order to accomplish their dreams and goals. Without their perseverance and tireless hard work we would not be in the position we are today.

“I was raised by a single mother and I saw first-hand the discrimination that she faced in the workplace and in other areas of her life. She was even forced to quit her job as a flight attendant because she got engaged and they had a ‘no marriage policy’.

“We now have this historic opportunity to ensure that equal rights regardless of sex are properly recognized as part of the Constitution. Virginians have made it clear that it is their will that the ERA be ratified and I now have the great honor of continuing that fight to make sure that gender equality is enshrined in the U.S. Constitution, guaranteeing equality for generations of women to come.”

The Equal Rights Amendment states that “equality of rights under the law shall not be denied or abridged by the United States or by any State on account of sex”. Though an equal rights amendment was proposed as early as 1923, the ERA was not adopted by Congress until 1972, when it passed with broad, bipartisan support. Virginia’s historic vote on January 27th made it the 38th and final state to pass and ratify the ERA, immediately adding it to the Constitution.

Under the Equal Rights Amendment, the U.S. Constitution finally provides an explicit guarantee of protection against discrimination based on sex. Once these protections are recognized as part of the Constitution they cannot be changed as easily as other laws can. Additionally, the ERA provides clear judicial standards for deciding cases involving gender discrimination.

In the complaint, Attorney General Herring and his colleagues argue that “under Article V, a proposed constitutional amendment automatically becomes ‘valid to all intents and purposes, as part of th[e] Constitution’ as soon as it is ‘ratified by the legislatures of three fourths of the several states’. The complaint further argues that the U.S. Archivist does not have any discretionary authority over which amendments are added to the Constitution and which are not, and must therefore certify the amendment as part of the Constitution.

The complaint also explains why the Equal Rights Amendment remains valid for several reasons. As the Complaint states, “Article V does not empower Congress to dictate when a state may consider – much less ratify – a proposed amendment” and “nothing in Article V suggests – much less clearly requires – that States take action on proposed constitutional amendments within any particular amount of time”. The complaint also explains that “States have no power to rescind prior ratifications”.

“Equal rights are not contingent upon a person’s gender or sex, which is why I was proud to vote in support of the Equal Rights Amendment as an Illinois state senator, and I am committed to continuing to fight for the ERA to be recognized as the 28th Amendment,” Illinois Attorney General Kwame Raoul said. “It is past time that we ensure women across the country have the constitutional equality to which they are entitled, and I look forward to my daughter — who aspires to study law — being able to one day, when sworn into the bar, take an oath to promise to support a constitution that recognizes her right to equality under the law.” ​

“Women have always been endowed with equal rights, even though our country has wrongly failed to recognize them,” said Nevada Attorney General Aaron D. Ford. “These rights are entitled to their rightful place in the Constitution, and I am committed to ensuring they are permanently written into our nation’s history and its future. Advancing civil rights is one of my Administration’s main areas of focus. The gravity of this movement should not be underplayed—today we are advocating for women’s rights here in Nevada and all over the country, and we are taking an essential stride towards inclusivity.”

“This country is ready for Constitutional equality for women,” said Carol Jenkins, Co-President and CEO, ERA Coalition/Fund for Women’s Equality. “Our research shows that 94% of all Americans believe in it. We have worked tirelessly for nearly 100 years. This movement cannot be stopped. We need the equal rights amendment in the Constitution.”

Attorney General Herring has been a strong supporter of the Equal Rights Amendment. Earlier this month, he issued a statement condemning the Trump Administration’s memo that opposed the passage of the ERA and committing to ensuring that the ERA is properly recognized as part of the Constitution when Virginia ratified the amendment.