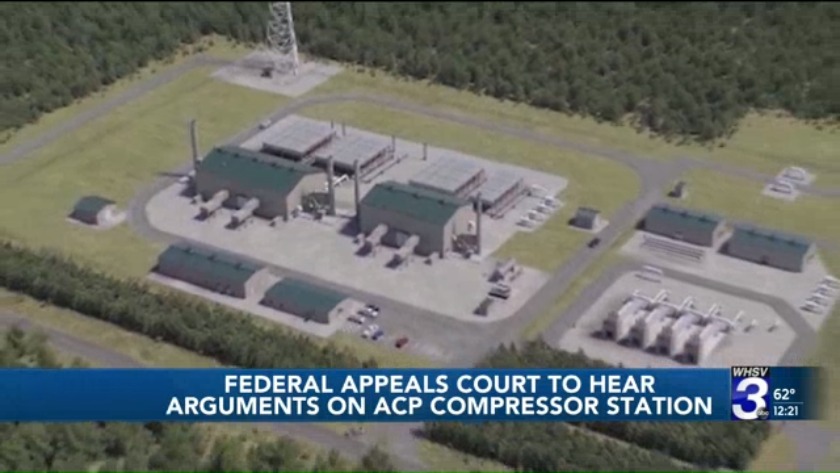 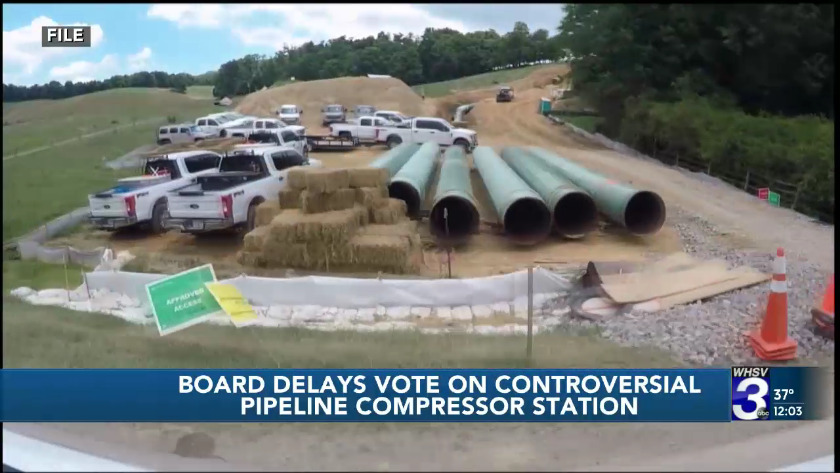 RICHMOND, Va. (AP) — Lawyers for opponents of a natural gas compressor station proposed in a historic African American community in Virginia told a federal appeals court Tuesday that the state has failed to carefully consider the potential health impacts of the station and "unequal treatment" of the people who live near it.

A three-judge panel of the 4th Circuit U.S. Court of Appeals heard arguments from opponents who want to overturn a permit granted by the State Air Pollution Control Board for developers of the Atlantic Coast Pipeline to build a compressor station in Union Hill, an unincorporated community that was founded by freed slaves after the Civil War.

Union Hill is in rural Buckingham County, about an hour's drive west of Richmond.

Opponents are concerned that exhaust from the station could cause harmful health effects on nearby residents.

Dominion Energy, the lead developer of the pipeline, has said that most air emissions at the station will be 50% to 80% lower than at any other compressor station in Virginia.

The judges peppered lawyers for the board and Dominion Energy about whether the state carefully examined the potential health impacts on Union Hill residents.

David Neal, a senior attorney with the Southern Environmental Law Center, urged the board to throw out the permit. Neal said the state Department of Environmental Quality refused to consider using electric motors for the compressor station, an alternative technology he said would greatly reduce or eliminate emissions from the station.

Jon Mueller, an attorney for the Chesapeake Bay Foundation, said it is the responsibility of the board to protect the approximately 200 residents — mostly African Americans — who live near the compressor station site from harmful emissions and from "unequal treatment." He said many of the residents have pre-existing health conditions that could be exacerbated by emissions from the station.

Deputy Solicitor General Martine Cicconi said the board "absolutely grappled" with the issue of environmental justice and carefully considered any adverse health impacts on residents. She said the emissions will fall well below emissions from other compressor stations in Virginia and will meet national ambient air quality standards.

"Your fellow county members, how does your air compare to theirs?" Gregory asked.

Cicconi said air quality from the station proposed for Union Hill was compared to air quality in the entire state, not specifically to the rest of Buckingham County.

Aaron Ruby, a spokesman for Dominion Energy, said the permit is the strictest air permit of any compressor station in the country.

"It will have far fewer air emissions and more air control monitoring than any other compressor station," Ruby said.

Amid fierce opposition from local residents, the Air Pollution Control Board approved a permit for the compressor station in January.

The pipeline, which would run 600 miles (965 kilometers) and carry fracked natural gas from West Virginia into Virginia and North Carolina, has been mired in legal challenges by environmental and conservation groups. Construction has been halted since December.

Richard Walker, who said his great-great-grandfather bought land in Union Hill as a freed slave in 1887, said he was pleased to hear the judges question the state's attorneys about how the compressor station could affect the residents of Union Hill.

"I think the judges did look at the human factor," Walker said.