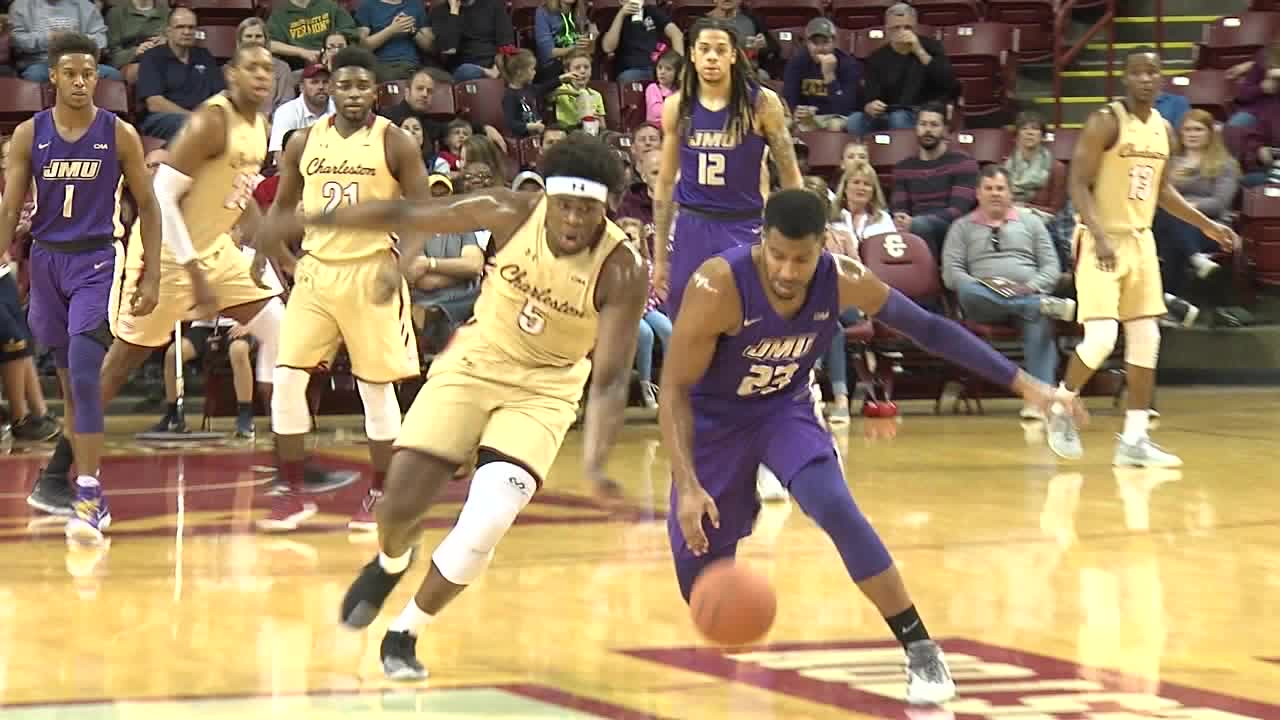 HARRISONBURG, VA. --- A solid offensive night by James Madison women's basketball secured the Dukes a 73-56 win over Hofstra on Friday night. The victory kept them unbeaten in Colonial Athletic Association action (8-0) and stretched their win streak to nine overall (12-7).

Three Dukes finished in double figures, led by sophomore Kamiah Smalls (16). She was joined by sophomore Lexie Barrier (12) and redshirt sophomore Kayla Cooper-Williams (10), who finished just shy of a double-double with nine rebounds.

MAKING IT COUNT
JMU converted Hofstra's 21 turnovers into 34 points on the evening while the Pride was only able to turn the Dukes' 18 giveaways into 18 points.

FOR FREE!
The Dukes went 21-for-31 from the line, marking team season highs in both makes and attempts. Kayla Cooper-Williams went a perfect 6-of-6 from the charity stripe, the first Duke to shoot 100-percent from the line with at least five attempts since Kamiah Smalls went 5-for-5 against Saint Joseph's earlier this year. She has converted 12 of her last 14 attempts over the last four games.

LETTING IT FLY
JMU made six 3-pointers against Hofstra, a team high for league play this season. The effort was led by Kamiah Smalls, who sank a career-best four 3-pointers.

FOR CONSISTENCY'S SAKE
Senior Hailee Barron made her 120th consecutive appearance for the Dukes, tying Julie Franken ('87) and Floretta Jackson ('87) for the sixth-longest streak in program history. She needs to appear in the next five games to move into sole possession of third all-time.

DENY, DENY, DENY
Kayla Cooper-Williams had one block against the Pride, which pushed her career total to 106. She needs 14 more denials to move into the top five in JMU history. She has 35 blocks this season, which is just outside the top 15 for one year, a category she already holds the title of after a 71-block freshman campaign.

UP NEXT
The Dukes are back home on Sunday, Jan. 28 to take on College of Charleston at 2 p.m. Sunday is the first Duke Dog Reading Day of the year, so fans are encouraged to arrive earlier than normal as heavier traffic is expected. Doors will open at 12:30 p.m. to accommodate early arrivers.