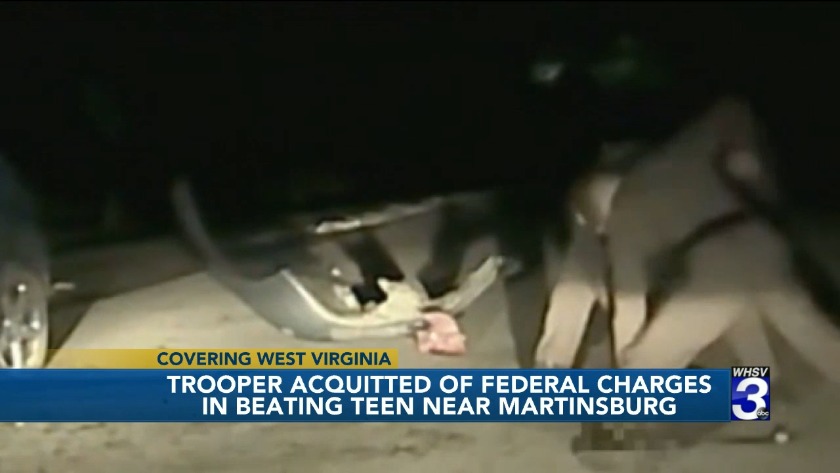 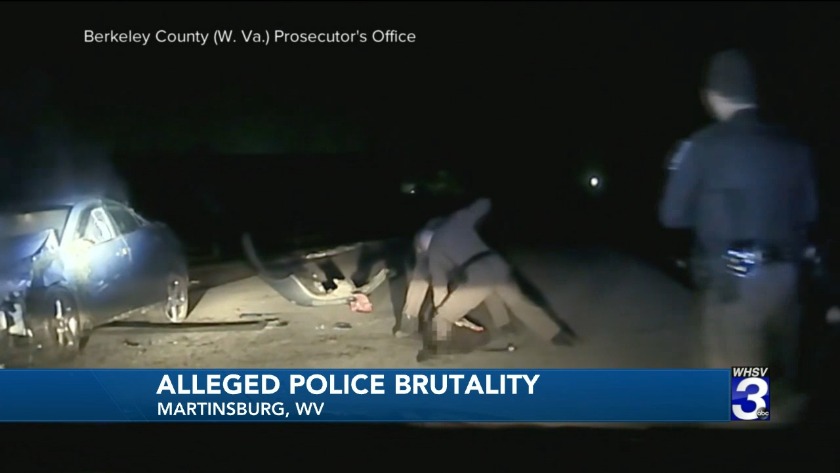 MARTINSBURG, W.Va. (AP) — A former West Virginia state trooper was acquitted of charges Monday related to the beating of a teenager during a traffic stop.

Kennedy was indicted by a federal grand jury on one count of deprivation of rights under color of law — language used to describe crimes committed by police officers while on duty. The indictment accused Kennedy of using excessive force resulting in bodily injury.

Groh ruled that prosecutors did not prove that Kennedy acted willfully.

Kennedy's actions “were not consistent with someone trying to inflict pain or do great harm to a suspect because they intend to deprive them of their right to be free from unreasonable force,” Groh wrote.

A review of dashcam footage and court testimony “clearly show” that during Kennedy's use of force, “every action by (the teen) caused a reaction” by the trooper, Groh wrote.

The teen, who led authorities on a high-speed chase after rear-ending a sheriff’s deputy, was treated at a hospital and released. His name has not been released.

Prosecutors said in court that Kennedy wanted to “punish” the teen during the November 2018 arrest. Defense attorney Craig Manford argued Kennedy was attempting to get the teen to comply.

The eight-minute dashcam video taken from a sheriff’s cruiser and released in March showed Kennedy at the center of a group of officers kicking, stomping on and punching the teen. Authorities originally denied media requests for the video, citing the investigation.

The video showed two officers yanking the teen through the open driver's side window to the ground, where he lands face first and is immediately placed in handcuffs. Footage shows one of the officers then kicks and stomps him several times and puts his knee on the teen's shoulder blade, pressing down with his full weight. The officer then punches the teen at least eight times.

A minute later, the teen is pulled up to his feet but remains limp as he is thrown further to the side of the road.

Another video released in court showed Kennedy slapping the teen.

Groh wrote that after the teen would not listen to verbal commands, Kennedy slapped him. The right-handed trooper used his open, left hand and struck the teen on the right side of his face, not his injured left side, the judge said.

"He was attempting to gain compliance, not injure" the teen, Groh said.

Groh also said the video's release created “inappropriate pretrial publicity” that deprived Kennedy of his right to be tried by an impartial jury.

Kennedy, Trooper Derek Walker and a sheriff's deputy were fired in January 2019. Another fired deputy got his job back. A state police internal investigation last spring cleared Kennedy of criminal conduct.

Berkeley County Prosecutor Catie Wilkes Delligatti has said she couldn't release details on whether the youth was charged, saying juvenile prosecutions are sealed.

Walker also faces an excessive force lawsuit filed last year by a Charles Town attorney who says the trooper dragged his wife and slammed her to the ground in 2016 while she was talking to construction workers about a sidewalk project. State police responded to the scene when a worker allegedly backed his truck into the driver's door of her SUV in a parking lot.