Virginia Republicans invite Fairfax and his accusers to testify at hearing 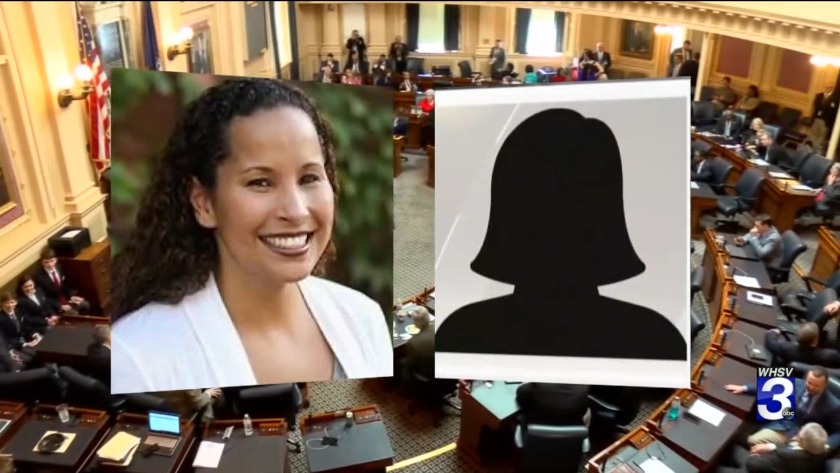 Lt. Governor and accusers invited to speak in Richmond 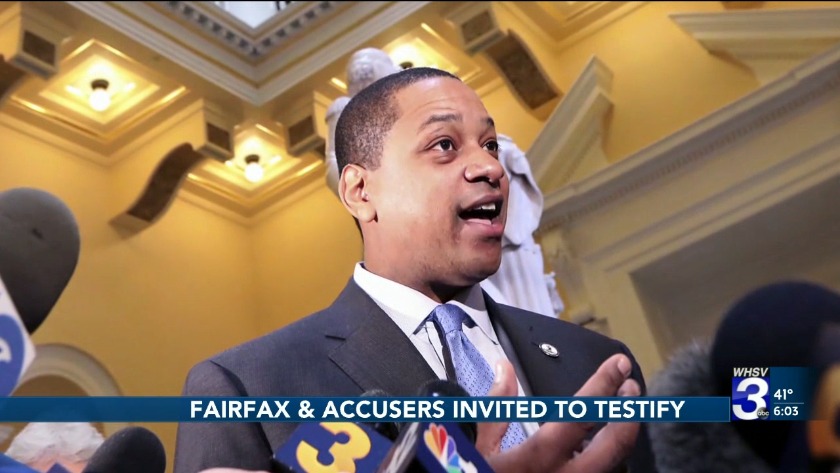 Fairfax and accusers invited to hearing in Richmond 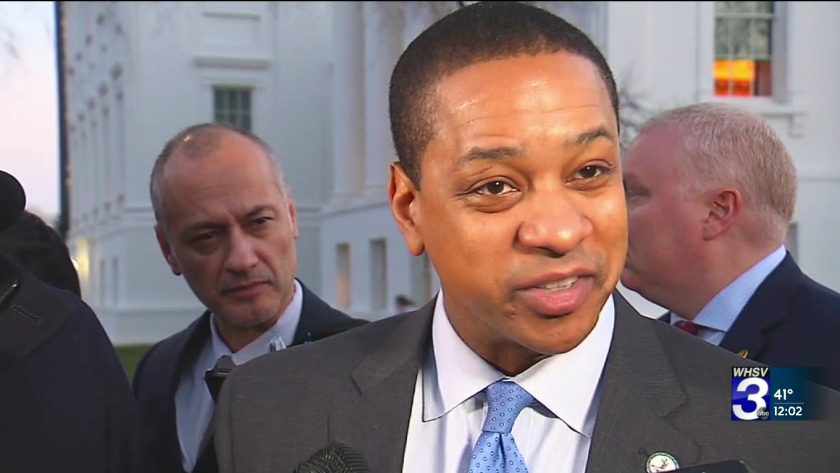 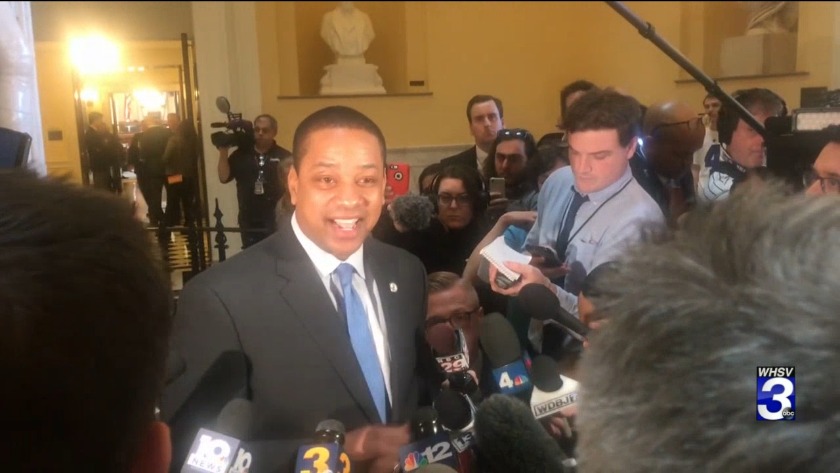 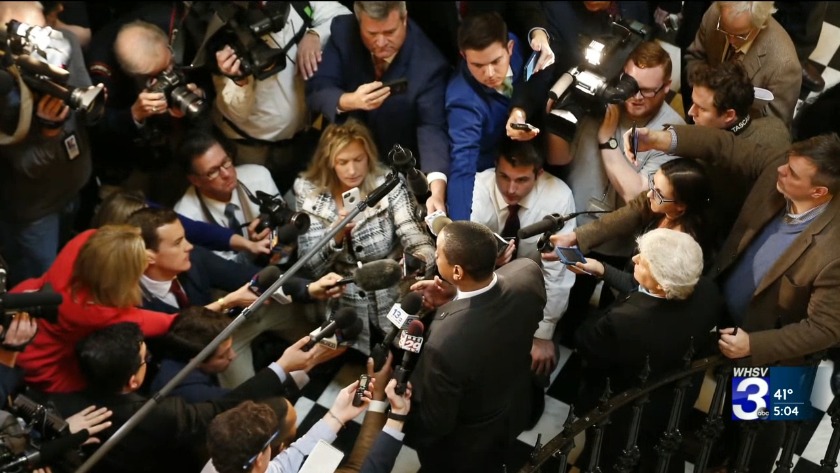 RICHMOND, Va. (AP) — Virginia House Republicans have announced plans to hold a public hearing where Lt. Gov. Justin Fairfax and the two women who have recently accused him of sexual assault can testify, a move that will likely inflame a partisan battle over the General Assembly's role in investigating the allegations.

"This will give all parties a chance to be heard," Bell said in brief remarks on the House floor.

He added that Republicans believe they have a duty to investigate the allegations made against the lieutenant governor, who is first in line to replace the governor in the event of a vacancy.

"The justice and the due process that we seek should be by a law enforcement entity, not by individuals who will be on the ballot in November," Del. Lashrecse Aird said on the House floor.

But Democrats are not united on the issue. Del. Lee Carter gave an emotional speech where he broke with his caucus and said lawmakers should focus on the wishes of the alleged victims, who have indicated a willingness to testify before the legislature.

"When I was raped, I did not report to law enforcement because I did not believe that that was a way in which I would achieve justice," Carter said, adding that survivors of sexual violence should have "the option of how they wish to seek justice."

Earlier this month, Tyson publicly accused Fairfax of forcing her to perform oral sex in his hotel room during the Democratic National Convention in Boston in 2004. Her lawyer said last week that Tyson plans to meet with prosecutors in Massachusetts to detail her allegations.

Meredith Watson has also publicly accused Fairfax of sexual assault. She issued a statement accusing him of raping her 19 years ago while they were students at Duke University.

Watson said Friday that she is "gratified" by the Republicans' offer and looks forward to testifying, according to a statement issued by her attorney, Nancy Erika Smith.

The Associated Press generally does not name people who say they are victims of sexual assault, but both women have come forward voluntarily.

Fairfax has emphatically denied both accusations. He's vowed to clear his name against what he described as a "vicious and coordinated smear campaign" being orchestrated against him. The lieutenant governor in Virginia is largely a ceremonial role but is first in line to become governor if there's a vacancy.

The accusations against Fairfax surfaced during an unprecedented time of turmoil in Virginia politics earlier this month. Gov. Ralph Northam and Attorney General Mark Herring, both Democrats, have separately faced calls to resign after acknowledging they dressed in blackface decades ago. Both have indicated they also plan to remain in office.

In response to the call for a public hearing, Fairfax’s office issued the following statement this week:

"The Lieutenant Governor has remained steadfast in denying the allegations against him. He has repeatedly made clear his desire for a full, fair, independent, impartial, and non-political investigation. He was the first and remains the only party to these matters to call for such an investigation in order to get to the truth.

It would be extraordinary and unprecedented to initiate a General Assembly inquiry about matters that are better left to law enforcement.

The Lieutenant Governor remains confident that the truth will prevail and that he will be exonerated."

This year’s General Assembly session ends this week. However, a hearing does not have to take place before then. The state constitution allows lawmakers to return at a later date to hold a hearing if that’s what they decide to do.

Statement from the House Democratic Caucus

"Today, House Republicans announced on the floor of the House that they will push forward with a meeting of the Courts of Justice committee to review the allegations against the Lt. Governor. Just before that, the Speaker's office distributed a press release with the title, 'ICYMI: Every way the Virginia House Democrats said no to reviewing sexual assault allegations against Lt. Governor Justin Fairfax.'

"House Democrats were among the first to call for Lt. Governor Fairfax's resignation after the allegations were revealed, and we have maintained our view that the allegations need to be taken seriously. Moreover, Democratic leadership had simply requested a clear plan for a joint approach. Instead, we were met first with silence, and then with press releases.

"The Speaker and House Republicans are attempting to politicize these serious, criminal allegations. All parties involved deserve better.

"Democrats believe in the rule of law and the process embodied in the U.S. Consitution. Repeatedly, House Democrats have called for due process for both the accusers and the accused, and our leadership has attempted to work in a bipartisan manner, only to be publicly criticized by our Republican colleagues. Due process is not a talking point or a sound byte - it is a serious and fundamental part of our democracy and of justice. House Democrats met with Republican leadership several times over the past week, and Democratic leadership requested information and feedback that they never received from Republicans. Yesterday, Leader Eileen Filler-Corn sent a letter to Speaker Cox outlining the history of these communications, below.

"Even with the announcement today by Delegate Rob Bell, we lack any details or substantive information on how this meeting would proceed.

"If House Republicans want to talk about politics and compare our records of standing up for women and communities of color, then we look forward to seeing them on the campaign trail. But these allegations are not about campaigns or press releases, and we ask the Delegates on the other side of the aisle of the House to respect that.

"As we move forward, House Democrats will continue to consider only the best interests of the accusers, the accused, and the Commonwealth."