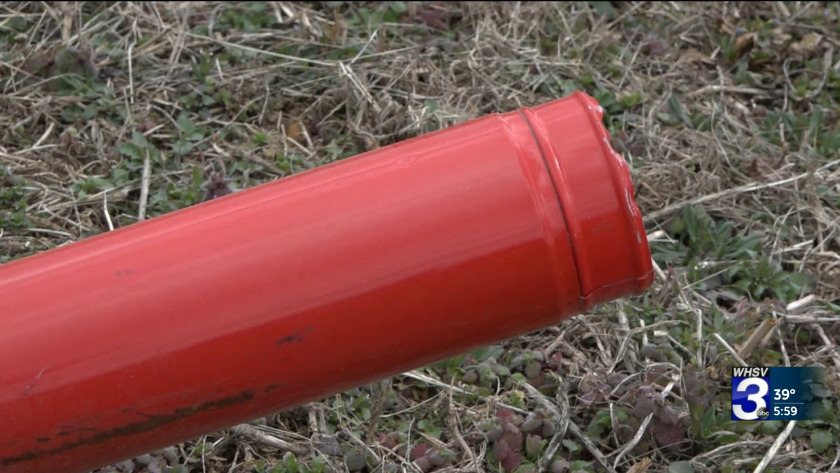 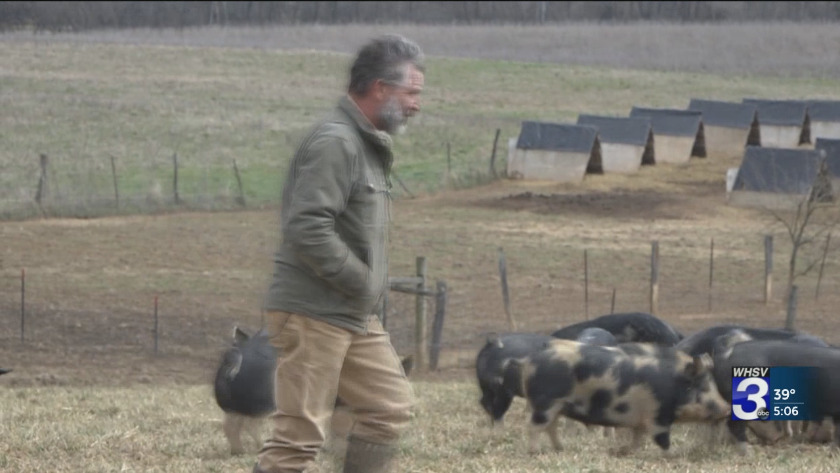 AUGUSTA COUNTY, Va. (WHSV) — The Augusta County Board of Supervisors adopted an amendment on Wednesday that bans the use of loud, explosive devices, like air cannons.

An air cannon that was used to scare off birds carrying diseases. | Credit: WHSV

These devices are sometimes used by farmers to keep birds away in various situations, whether it be because they are preying on livestock, or transmitting diseases that they carry.

Scott Barras, state director for the USDA Wildlife Services Program, said these tools are commonly used by farmers across the state. He said noise-making devices are also used by airports to keep birds away from a plane.

The ban in Augusta County comes after neighbors in Swoope complained that a nearby vineyard was using the air cannons and they were too disruptive. One air cannon can range from 80 to 130 decibels.

Clay Trainum, of Autumn Olive Farms on the western side of the county, has been raising pigs in Augusta County for about nine years. He used the air cannons for the last two years to help address the starling problem the farm has. Trainum said he balances the volume of the air cannons to have the maximum impact on the birds and minimum impact on their neighbors.

"The struggles we've had with the starlings, we've discovered they carry 25 different diseases that can affect humans and animals," Trainum said.

Diseases like gastroenteritis and rotavirus were causing serious health issues in his piglets, even resulting in premature death.

The farm's losses were more than $20,000 from starlings invading – before he started using air cannons.

"We've replaced all of these round feeders, which were more exposed to the starlings," Trainum said.

While that has helped some, he needed better solutions. Trainum did more research and tried other techniques to keep the birds away, and that's when he found air cannons.

"We did that on a limited basis for about two months last year, and it was very effective," Trainum said.

Trainum said he spoke with the few neighbors he had to explain what he would be doing with the air cannons, and he said his neighbors were supportive.

Because people in Swoope had issues with the noise coming from the vineyard and could not come up with a resolution themselves, they brought the issue to the attention of the board of supervisors.

"We had two options, and that was to ban them all or allow them all," Scott Seaton, Wayne District supervisor, said.

The current law does not allow the board to handle this situation on a case by case basis.

"Unfortunately, when two neighbors can't get together and make the right decisions, you often have to make a very hard decision," Seaton said.

Trainum acknowledged the neighbors' concerns are valid, but he is frustrated that he was not considered in the decision and is worried about the losses he will be facing because of it.

He said the process should have been handled differently.

"We were never consulted in the study period, or how did it affect us, were our claims of loss valid, were the use of our cannons appropriate? None of that was considered," Trainum said.

Board members did visit the vineyard in Swoope to get an idea of what the disruption was like.

Now, a decision that was aimed at resolving an issue in one town is impacting towns across the county.

In the future, Trainum plans on being more involved in the process to protect the interests of those who use these types of devices.

Anyone experiencing wildlife damage can call the toll-free Virginia Wildlife Conflict Helpline at (855)571-9003.