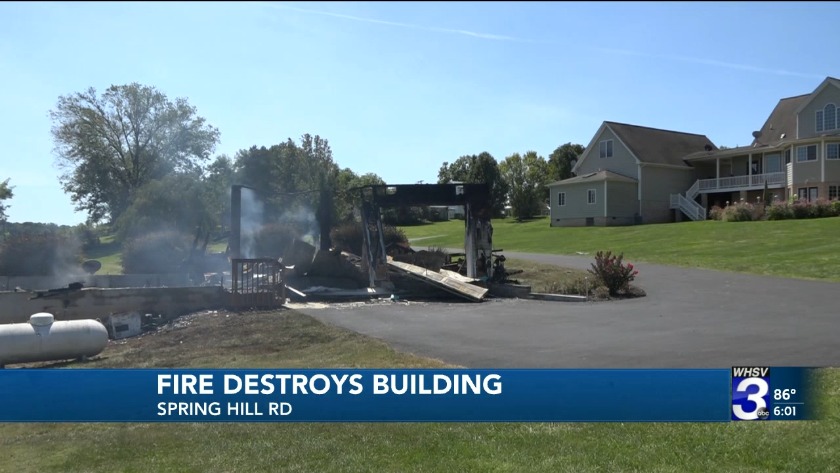 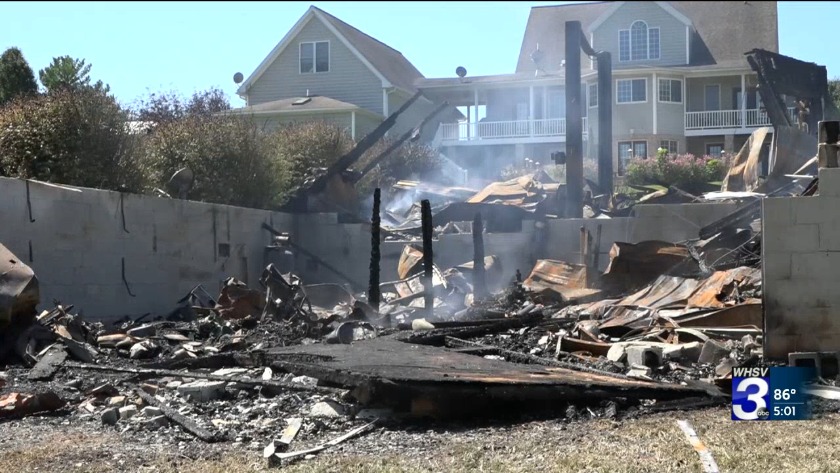 AUGUSTA COUNTY, Va. (WHSV) — Duane and Rebecca Perrin were sleeping in their home on Spring Hill Rd. early Friday morning, when they heard someone ringing their doorbell.

Confused, they looked out the window and saw that their garage, just meters behind their home, was consumed in flames.

Augusta County dispatchers received many calls to 911 with reports of an explosion. Fire officials say the explosion could have been caused by a fuel tank in a vehicle or the tires or headlights breaking during the fire. They say there are also reports of a propane tank next to the building.

Thankfully, neighbors called — because when the Perrins reached for their phone, it was dead.

Many fire and rescue agencies responded to the scene, and they had to call five tankers, which carry 1,500 to 2,500 gallons of water each, to help put the fire out because the closest fire hydrant was four miles away.

Augusta County Fire Chief Dave Nichols said this is normal for rural areas in the county and throughout the state, but firefighters know those areas and respond accordingly.

The Perrins did not want to be on camera at this time, but they told WHSV the 30x60 building housed thousands of car parts, tools and two cars. One of them was a very rare 1929 Stearns-Knight.

Duane had spent many hours in the garage for over 20 years totally restoring the car, and he says all that was left to do was reupholster the inside.

But now, the only things left are the memories of the time spent fixing it up.

The Perrins say they are devastated with the irreplaceable car and time lost, but they are trying to be optimistic and are thankful they are okay.

State Police are investigating what caused the fire, and they say they do not suspect foul play at this time.