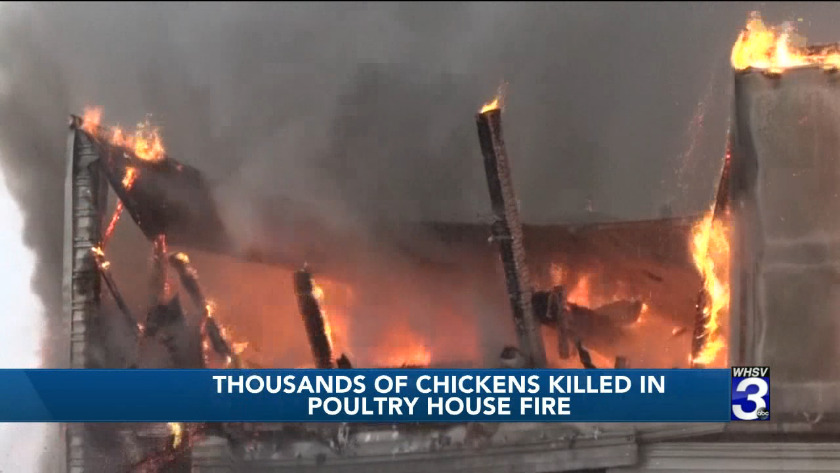 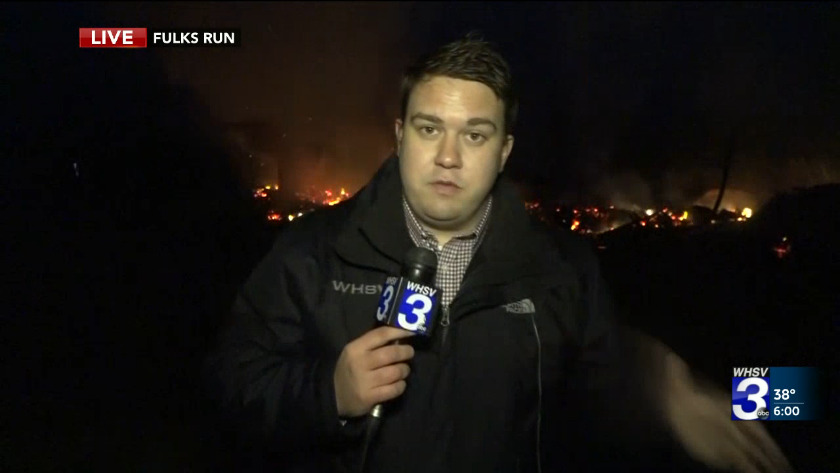 Joe Mullens, with Rockingham County Fire and Rescue, said the cause of the fire is still under investigation.

Mullens said the fire and rescue team has seen poultry house fires in the past and there were times trapped chickens were able to be released, but that was not the case this time.

"We weren't able to even get close enough to open the door to see if we could get the chickens out," Mullens said.

"Try to keep the dust down, in case there are electrical issues somewhere and make sure there isn't dust that will help cause a fire," Mullens said. "People should check their machinery and make sure their bearings are working correctly, their heaters are working properly and they aren't leaking gas or malfunctioning."

A poultry house at a Rockingham County farm burned to the ground on Friday afternoon, killing tens of thousands of chickens inside.

By just an hour later, the building was nearly entirely gone.

Due to the age of the poultry house (built in 1978) and the materials in the structure, crews chose to let it burn and contain the fire to the structure to avoid any other damage. The chicken house was one of four on the property, and firefighters hosed down another one nearby to ensure the fire wouldn't spread.

They say no people were inside and no people at the scene were injured.

But all poultry inside the building – around 24,000 chickens, according to the poultry grower – were killed in the fire, causing both the structure and everything inside to be declared a total loss.

The grower told WHSV she arrived a few minutes after the fire began, but it was too late to get any of the chickens out of the building.

As heavy rain fell in the area, smoke rising from the scene could be seen for miles around.

Firefighters will be keeping a tanker at the scene overnight to monitor any hot spots and keep the fire from growing again.

Fire officials are on the scene of a structure fire off of Hopkins Gap Rd in Fulks Run. Trying to gather more information. pic.twitter.com/Aa76pMjVEs

The scene from the front of the drive way pic.twitter.com/a81zrv4pbM