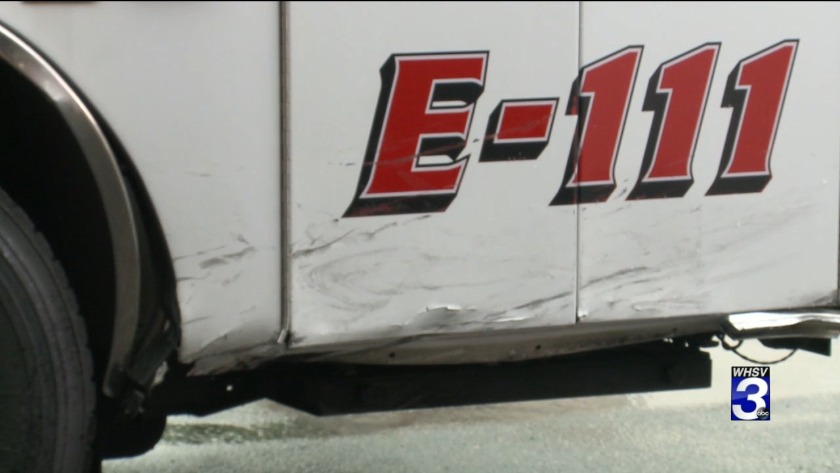 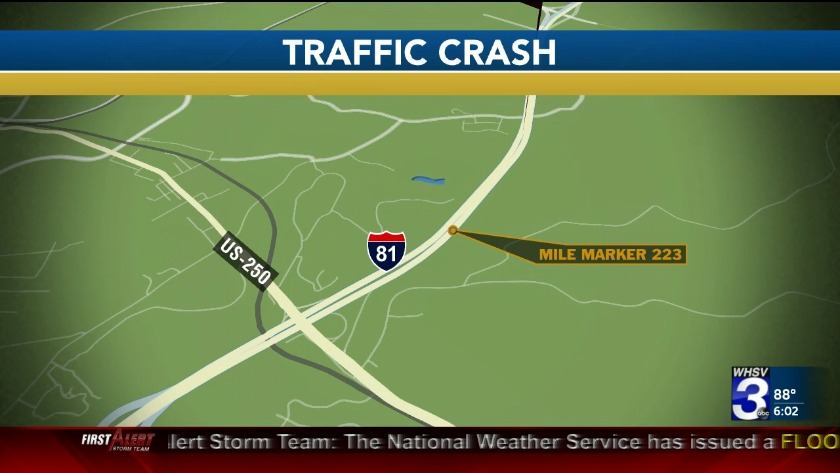 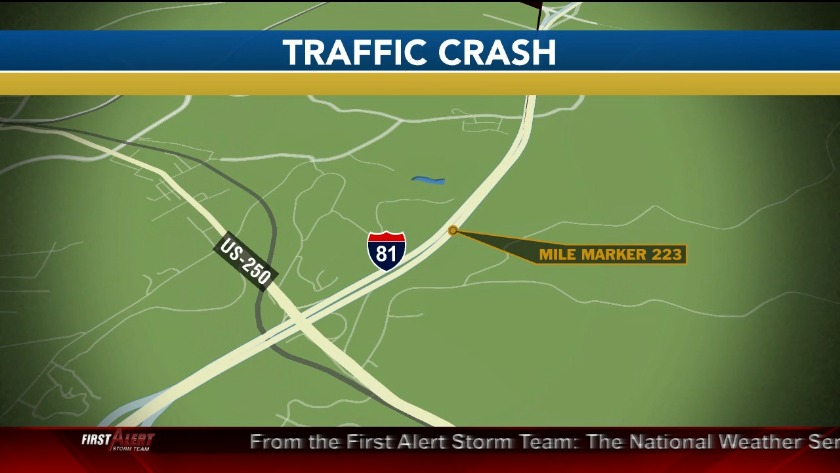 STAUNTON, Va. (WHSV) -- A crash on Interstate 81 left two people injured on Sunday and damaged a fire truck. According to Virginia State Police, the Augusta County fire truck was responding to another crash near the northbound lanes of mile-marker 223 when it happened.

Virginia State Police say the fire truck was blocking the right lane. Troopers say a smart car convertible was in the right lane but when it tried to change lanes, it hit another vehicle and was pushed into the stationary fire truck. Both occupants were ejected and one is in critical condition as of Monday evening.

"A day doesn't go by that we don't get an alert through social media networks about firefighters, police officers, paramedics, first responders, highway workers that are involved in some type of an actual incident or a near miss incident," Augusta County Fire and Rescue Chief David Nichols said.

There was no physical damage to the firefighters on the scene on Sunday night and the damage to the truck appears to be just cosmetic. Nichols said his crew is lucky after the recent crash and considers it a reminder of the move over law.

"This is what we call a close call," Augusta County Fire and Rescue Division Commander Greg Schacht said. "We had two individuals that were on that piece of apparatus that could've been struck."

State police say charges against the driver of the vehicle striking the fire apparatus are pending.

"He either wasn't paying attention or was traveling at a speed that was too high to make a controlled stop," Nichols said.

"You know when you see emergency apparatus, recovery tow companies, law enforcement, you need to slow down and move over," Schacht said. "Because what you're doing is you're providing a safe barrier for the personnel working on the highway."

"There are so many distractions in this world," Nichols said. "We need to remind people that when they're on the highway, that they have a responsibility to drive with the due regard for safety, for everyone else that's out there."

Once the truck is serviced, checked and the Augusta County Fire and Rescue Department receives the go-ahead, it will be placed back in service.