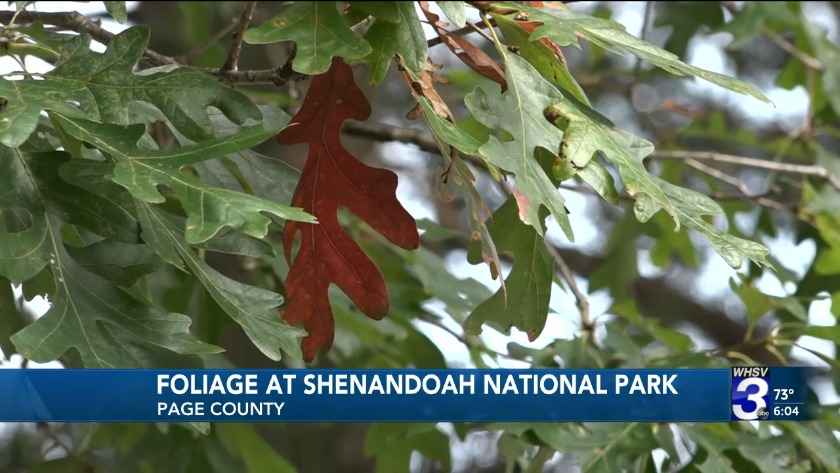 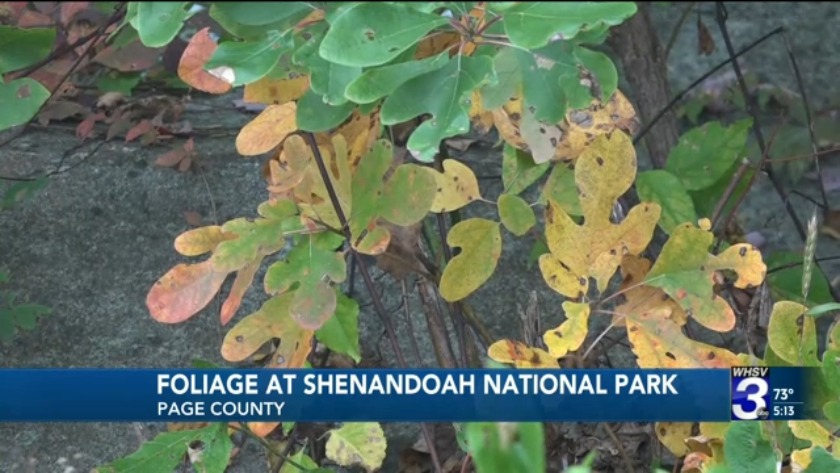 The leaves of the Shenandoah

SHENANDOAH NATIONAL PARK, Va (WHSV) -- The Shenandoah National Park's busiest month is October with people coming to see the foliage. Park officials said while they're still expecting great color, not all conditions have been ideal this year.

While wet weather is generally good for bringing out brighter colors, fungus has grown on some leaves because of all the rain and causing them to just turn brown and fall off. The wind from Tropical Storm Florence also caused a lot of leaves that were still green to fall off the trees, leaving some trees thin. Going forward, they're hoping for cooler weather, which would help bring out the colors. But those bright fall leaves should still be beautiful, according to officials.

"We encourage people to come in October and if you come on a day when the colors aren't great, then come back. You know, you might need to come several times to really see the peak," said Sally Hurlbert, the park's management specialist.

Hurlbert said the park is not doing their traditional fall color report this fall but instead is asking park-goers to submit your photos taken in the park. They will be publishing a gallery online every Friday and encourage you to check it out if you can't make it in person.

Some areas have more color than others, as the park is more than 100 miles long. The good news is wet weather can often bring out more brilliant colors, so the park is hoping for a colorful autumn.

"I have worked here 22 years. I have never been disappointed in a fall. There's always part of the time in later October where you just drive and say wow, it's beautiful" said Hurlbert.

Hurlbert said the park sees hundreds of thousands of visitors in the fall. She said you may need to come several times to see the peak and recommends coming on week days and mornings to avoid the crowds.