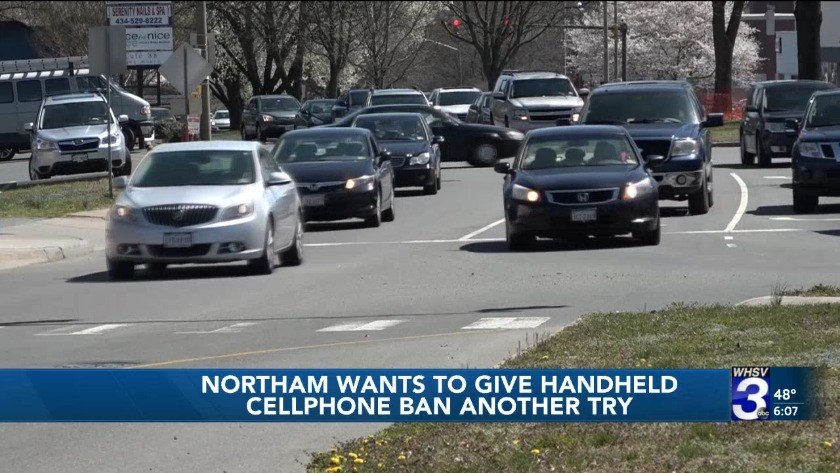 Northam announces legislation to ban handheld cellphone use while driving 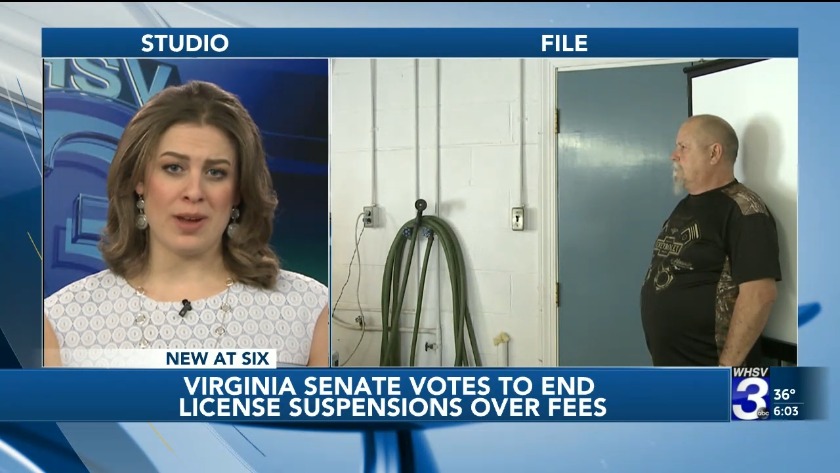 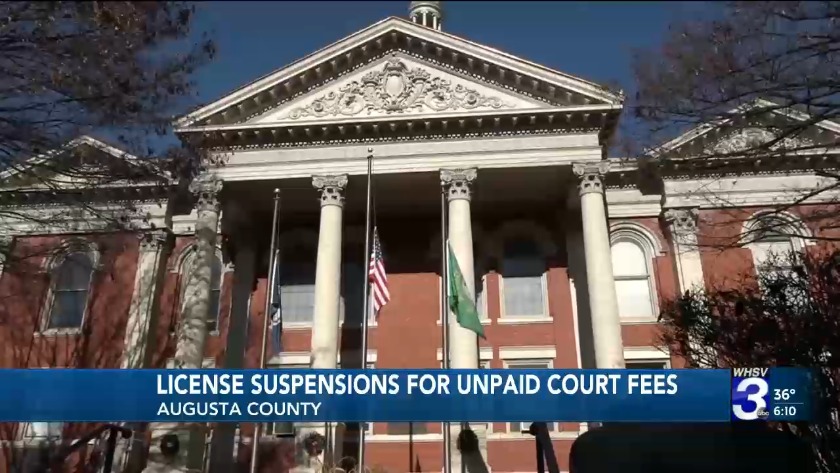 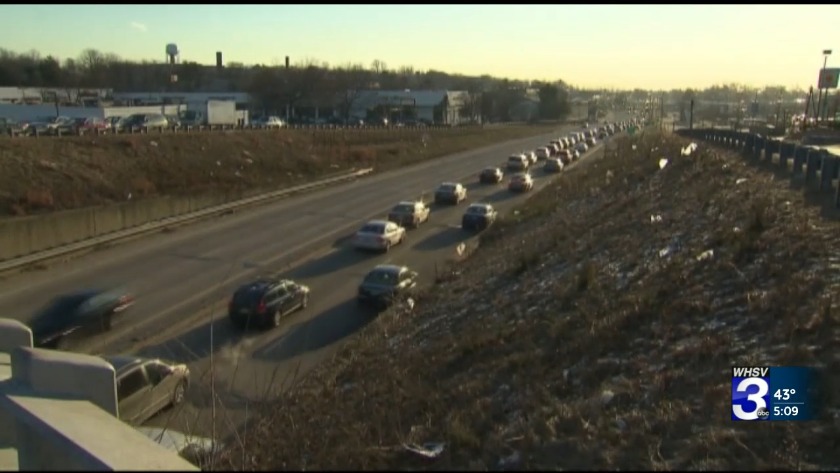 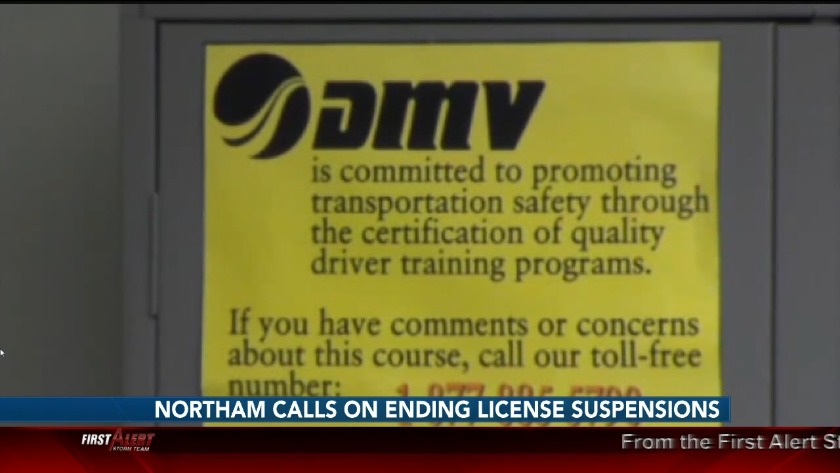 Virginia lawmakers have voted to eliminate the suspension of driver's licenses for motorists with unpaid court fines and costs.

The Senate voted Wednesday evening in favor of Gov. Ralph Northam's proposed budget amendment to reinstate driving licenses for more than 627,000 Virginians who currently have suspended licenses. The House approved the measure earlier in the day.

Virginia collects about $10 million a year from people who pay to reinstate their licenses after they've been suspended for unpaid fines and costs.

The Legal Aid Justice Center of Virginia has sued over the practice, arguing that it unfairly punishes poor people. Supporters of the law say ending the license suspensions would reward criminals.

Governor Ralph Northam is calling for Virginia to end the practice of suspending the driver's licenses of people who haven't paid court costs and fines.

Northam's announcement on Tuesday came as attorneys representing five plaintiffs in a lawsuit against the Virginia Department of Motor Vehicles asked a federal judge to restore hundreds of thousands of driver's licenses that have been suspended.

In December, the judge in that case issued a preliminary injunction against the DMV, ordering Commissioner Richard Holcomb to reinstate the driver's licenses of the plaintiffs named in the lawsuit.

Attorneys for the plaintiffs argue the suspensions unfairly target the poor and it violates their constitutional rights by not providing a hearing before the license is suspended.

And Governor Northam agrees, saying in a press release, "“The practice of suspending a person’s driver’s license for nonpayment of court fines and costs is inequitable—it’s past time we end it. A driver’s license is critical to daily life, including a person’s ability to maintain a job. Eliminating a process that envelops hundreds of thousands of Virginians in a counterproductive cycle is not only fair, it’s also the right thing to do.”

On Monday, the plaintiffs' attorneys argued the judge should issue another injunction restoring the licenses of all the other people in Virginia who have had them suspended for failing to pay court costs and fines.

Attorneys for the DMV argued that it is not reasonable to define a class of people solely by their inability to pay court costs. They said it would be impossible to assess hundreds of thousands of people individually, in order to determine whether they could afford court costs.

They also said there may be some people who are able to pay court fines but choose not to pay.

When WHSV previously spoke with Augusta County Commonwealth's Attorney Tim Martin about the injunction issued in December, he said suspending licenses is the only thing done to force people to pay these fees. Without it, he said they simply will not pay, shifting the fees to taxpayers.

"Right now, the burden for paying for this courthouse and paying for the proceedings within it lies with the criminal. If we no longer collect those fines and costs, that burden is going to fall on the innocent." Martin said. "It impacts you in the sense that if they don't collect the fines and costs from the people that are responsible for committing the crimes, you're going to have to pay for it in the form of increased taxes."

Martin said increased taxes would be needed to pay these fines.

Northam is addressing the suspensions by adding an amendment to the enrolled budget that would eliminate license suspension for nonpayment of court fines and also reinstate driving privileges for more than 627,000 Virginians who currently have their licenses suspended by the practice.

The judge did not make any rulings on the court case on Monday, and the case is still set for trial in August.

Northam's announcement was made at the Legal Aid Justice Center, which initially filed the lawsuit.

“When a person’s driver’s license is suspended, they may face a difficult dilemma—obey the suspension and potentially lose their ability to provide for their families, or drive anyway and face further punishment, and even imprisonment, for driving while suspended,” said Secretary of Public Safety and Homeland Security Brian Moran. “This not only further entangles someone in our criminal justice system, but it also places a greater burden on law enforcement and our criminal justice system to enforce and prosecute these offenses.”

Northam had supported bills in the General Assembly proposed by Senator Adam Ebbin and Delegate Alfonso Lopez to end license suspension, but both bills failed.

The governor says his budget includes funding to address lost revenue from reinstatement fees to the DMV, but he did not identify where that funding will come from.

The Virginia Senate has approved legislation to end the suspension of driver's licenses of people with unpaid court fines and costs.

The measured passed Friday with broad bipartisan support but may stall in the GOP-controlled House.

Virginia collects about $10 million a year from people paying to reinstate their licenses after they have been suspended for unpaid court courts and fees.

Advocates who have pushed for a change in the law say it unfairly punishes poor people. Opponents of the legislation said it would reward criminals.

The Legal Aid Justice Center of Virginia has sued over the practice. The group argues that the law violates due process and is unconstitutional.

Virginia Gov. Ralph Northam has called on state lawmakers to end the suspension of driver's licenses of people with unpaid criminal or traffic court debt.

During a speech on his state budget plan this week, Northam said people often don't pay court costs because they can't afford it. He said suspending their driver's licenses for the unpaid fees makes it even more difficult for them.

The change could affect more than 600,000 drivers in Virginia and millions of others in states around the country that have similar laws.

Advocates who have pushed for a change in the law say it unfairly punishes poor people.

The Legal Aid Justice Center of Virginia has sued over the practice. The group argues that the law violates due process and is unconstitutional.