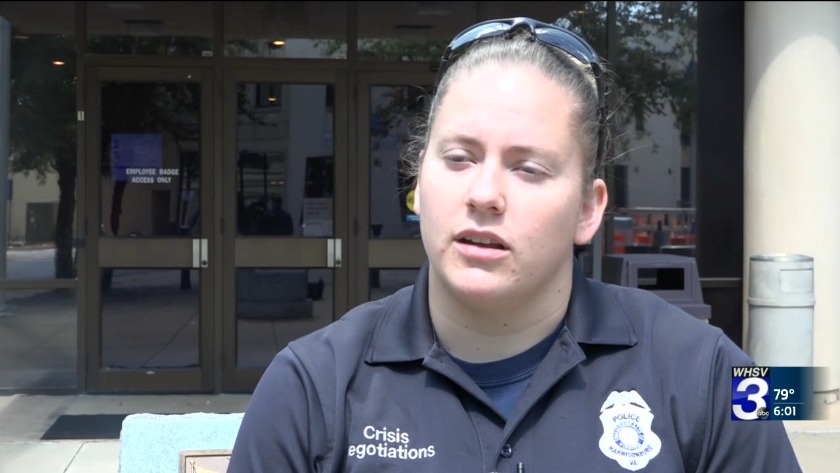 WHSV Spoke to the family of Elijah Ritchie, the 52-year-old man who was struck by an alleged drunk driver in Harrisonburg early Saturday morning. They say, they are thankful their loved one is alive.

Ritchie is still recovering from the incident.

"Several broken bones. Especially around his chest area. He had a fractured sternum. Not only that, he had some internal bleeding," Elijah's son Hunter Ritchie told WHSV.

Hunter says the family is traumatized.

"When I went to the hospital they actually had a picture of the vehicle and the best way I could relate it," Hunter said. "It looked like someone who had just hit a deer. And the deer went through their windshield. Very traumatic."

Hunter says the incident serves as a reminder that if you drink alcohol, you shouldn't get behind the wheel.

"The person who hit my father used to be a coworker of mine, so if you make the decision to go out and drink and drive," Hunter said. "You're ultimately putting your loved ones, people you know, coworkers, anybody in danger."

On September 7, 2019 at approximately 1:45 a.m., Officers with the Harrisonburg Police Department (HPD) responded to the intersection of East Wolfe Street and North Mason Street for a traffic crash involving a pedestrian.

Preliminary investigation has shown that a 52-year-old male was crossing the street at the intersection when struck by a 2007 Mercedes being driven by Garryl Jones, 44, of Harrisonburg.

"The driver pulled into the Auto Zone parking lot after the crash occurred, and a passenger called 911," said Brooke Wetherell, a detective for HPD.

Jones was subsequently arrested for driving under the influence and taken to the Rockingham County Jail.

The victim was transported to Sentara RMH Medical Center before being airlifted to the University of Virginia Medical Center with serious, but non-life-threatening injuries.

Anyone with additional information regarding the crash is encouraged to contact the Harrisonburg Police Department at (540) 434-4436.