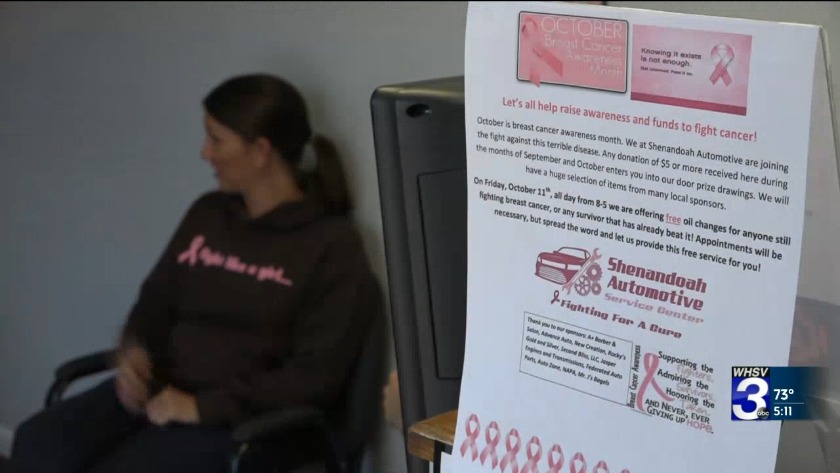 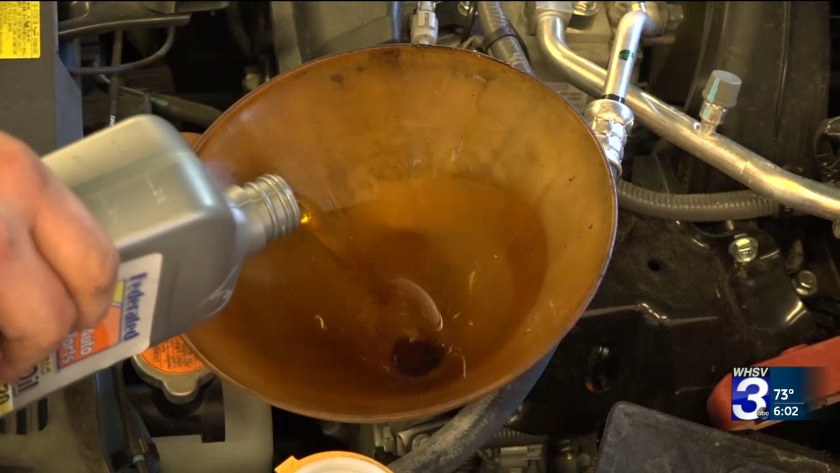 HARRISONBURG, Va. (WHSV) -- Steven Faught found out a little more than three years ago one of his best friends was diagnosed with breast cancer.

The experience motivated him to find a way to give back to the community and those who faced similar battles like his friend.

Faught, the owner of Shenandoah Automotive in Harrisonburg, gave breast cancer survivors free oil changes and other car-related maintenance on Friday. It is the third year he and his business have done so.

Lisa Cupp, from nearby Dayton, was diagnosed with breast cancer in May 2014. She found out about the free oil changes last week.

""Wonderful," Cupp said, pausing before she continued. "I was at a loss for words. Because people don't provide stuff like this. It's a good feeling."

Cupp is five years cancer-free and recently had her sixth surgery.

Faught, Cupp and other breast cancer survivors whose cars were being serviced talked with each other in the waiting room. The survivors shared their stories as the noises of wrenches and car lifts leaked through the walls.

After a while Cupp's car was ready. She stood up to go and said goodbye to Faught.

"It shows that people care," Cupp said. "We wanna bring awareness to everyone. Do self exams and go to your doctor on a regular basis and pay attention to your body."