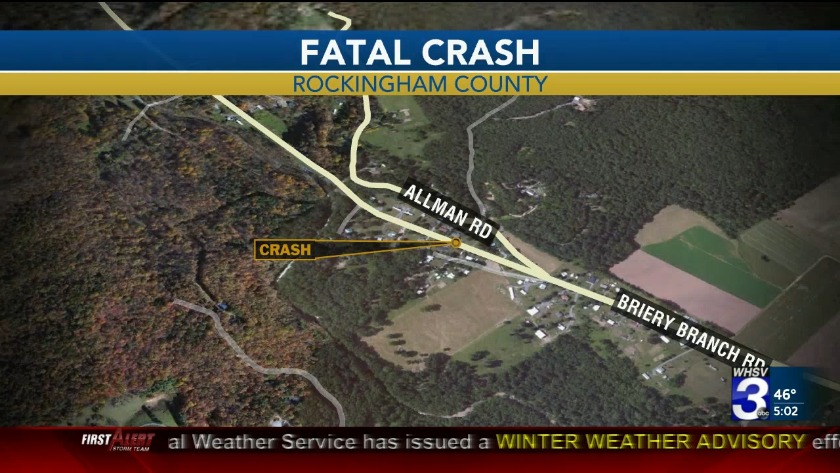 ROCKINGHAM COUNTY, Va. (WHSV) — A Harrisonburg driver is dead and a passenger seriously injured after a single-vehicle crash in Rockingham County Tuesday night.

Bordak, who police say was not wearing a seat belt, was ejected from the vehicle and died at the scene.

He had two passengers – a 21-year-old woman and a 25-year-old man – who were also not wearing seat belts and were both ejected from the vehicle. The woman was air-lifted to UVA Medical Center with serious injuries. The man was taken to Sentara RMH as a precaution but was uninjured.

Police say they continue to investigate the crash and are considering both speed and alcohol as factors.

The Clover Hill Volunteer Fire Company responded to the scene.