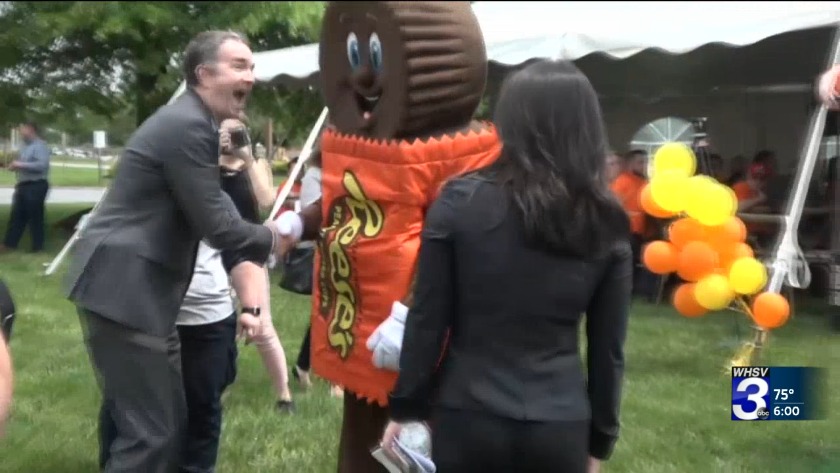 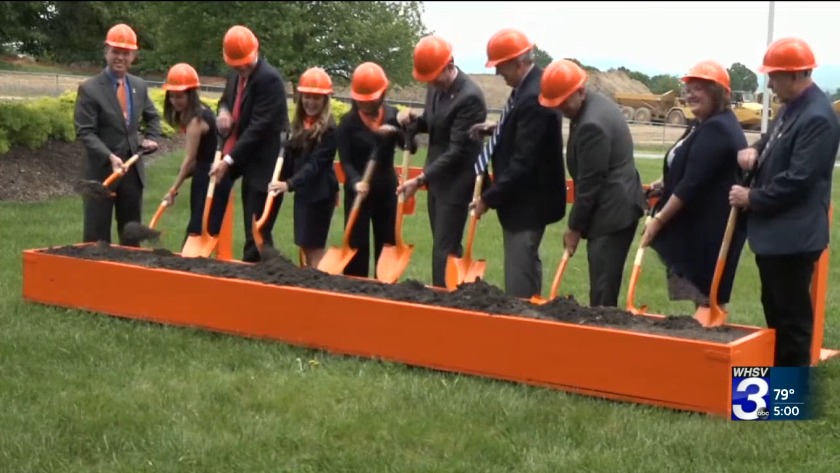 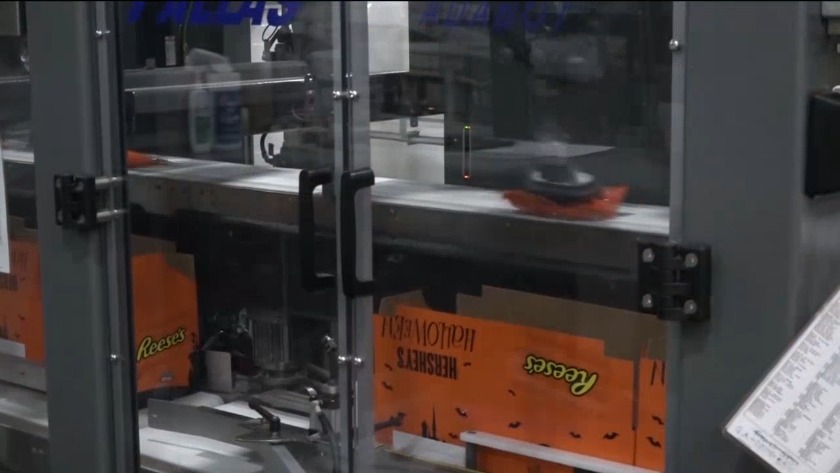 AUGUSTA COUNTY, Va. (WHSV) — Governor Ralph Northam stopped by the Shenandoah Valley for the second time this week to announce an expansion of the Hershey manufacturing facility in Stuarts Draft.

“For more than thirty years, The Hershey Company has continued to grow in Augusta County, creating hundreds of jobs and setting the bar for a thriving food and beverage industry cluster in the Shenandoah Valley,” said Governor Northam. “The company’s economic contribution to Virginia cannot be overstated, and we look forward to many more years of success for Hershey with this major investment and the establishment of a new Roasting Center of Excellence.”

The Hershey Company plans to invest $104 million to grow its Augusta County manufacturing operation with a 111,000 square-ft. expansion.

The expanded part of the facility will make penuche and peanut cream, which will be distributed to other Hershey facilities on the East Coast.

According to a press release and the announcement made on Thursday, the company looked at other possible sites for the expansion across the country, but chose Augusta County.

That's likely at least partially because the Stuarts Draft facility, which we recently featured as part of our InDemand series on jobs in the Valley, is one of few Hershey facilities that processes nuts, helping others avoid allergens in Hershey products that don't use them.

Some of the products made in Augusta County include Almond Joy's and Reese's cups.

The Hershey Company has about 16,500 employees around the world to make its more than 80 brands, which bring in more than $7.8 billion in annual revenue.

More than 1,000 employees are located in Virginia, with most of those in Augusta County. This expansion will bring 65 more.

“The Hershey Company’s expansion is an exciting win for Augusta County and Virginia, and a true testament to the Shenandoah Valley’s ability to attract and retain high caliber companies,” said Secretary of Commerce and Trade Brian Ball. “Food and beverage processing is the heart of the region’s manufacturing sector, employing over 5 percent of the Valley’s labor force of more than 175,000 people. Virginia is proud to have Hershey on its corporate roster, and we look forward to the next 37 years.”

“In Augusta County, chocolate and peanuts mean jobs,” added Carolyn Bragg, member of the Augusta County Board of Supervisors and representative of the South River District where the facility is located. “Hershey’s confectionary treats mean our citizens are offered opportunities to begin and grow careers, support families, and invest time in a company that’s committed to our community.”

If you're interested in applying, you can find the open positions on the company's website here. Industrial manufacturing technicians make between $31,910 and $61,217, and the company provides training inside the factory.

Northam was in Rockingham County earlier this week to announce an expansion of the Merck manfufacturing plant there.

We're nuts for this Reese-cent news from @Hersheys: they're investing $104 million for a sweet expansion of their major manufacturing operation in August County, which will create 65 new jobs.https://t.co/CIn0wVH64u pic.twitter.com/Mwy8Glrpxv

Governor Northam is in Stuarts Draft for an economic development announcement at the Hershey Stuarts Draft Plant pic.twitter.com/pjBXrfVEYR