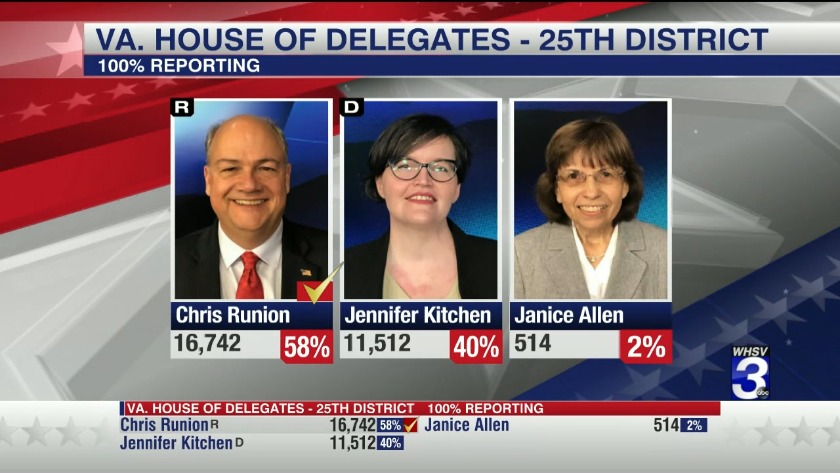 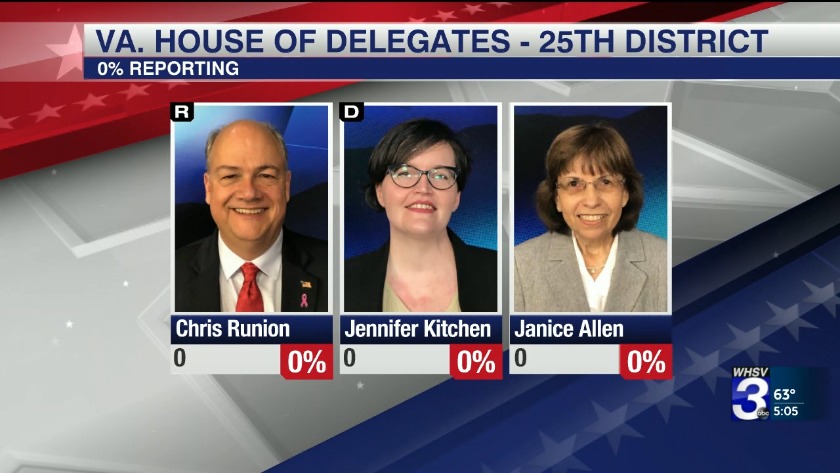 With 58% of the vote, Chris Runion has been declared the winner in the race for the 25th District of Virginia's House of Delegates.

Republican Chris Runion, Democrat Jennifer Kitchen, and Independent Janice Allen are all seeking to represent Virginia's 25th District in the House of Delegates.

The seat was previously held by Steve Landes, who'd been the delegate since 1996. Landes announced early this year that he would not be running for re-election to instead run for Augusta County Clerk of Court.

Chris Runion has raised $228,607. He's billed himself as a small business owner, born and raised in Rockingham County. With an accounting background, he wants to bring fiscal sanity to Richmond, with a focus on agriculture and education.

He feels that he understands the values of the Shenandoah Valley and has a passion for service.

Runion has served in the Rockingham County Planning Commission and as President of the Harrisonburg- Rockingham Chamber of Commerce.

Democrat Jennifer Kitchen has raised $43,371. She's billed herself as a community organizer and social justice activist. She's been a figure in Augusta County for a while.

She says she wants to go to Richmond and "speak for the people."