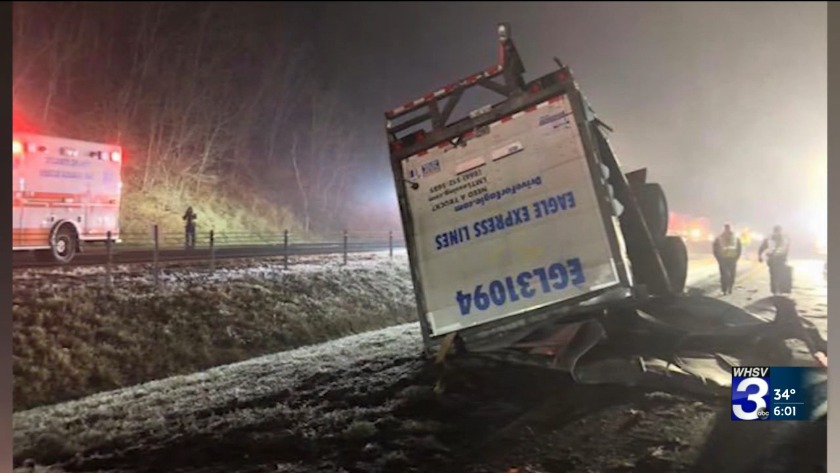 Bus, tractor trailer crash on I-64 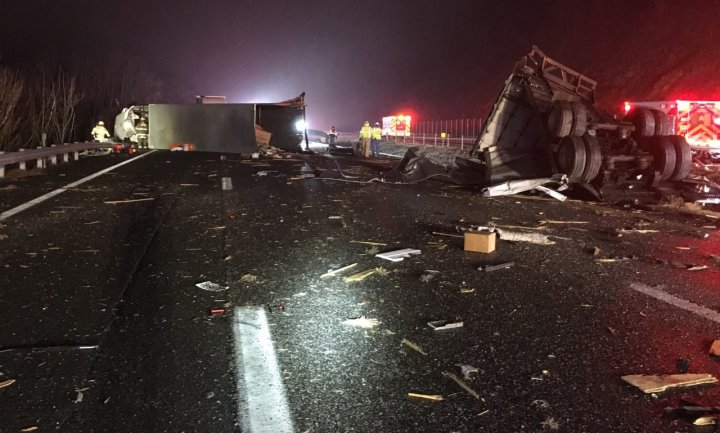 Raw video of response to major crash on Afton Mountain 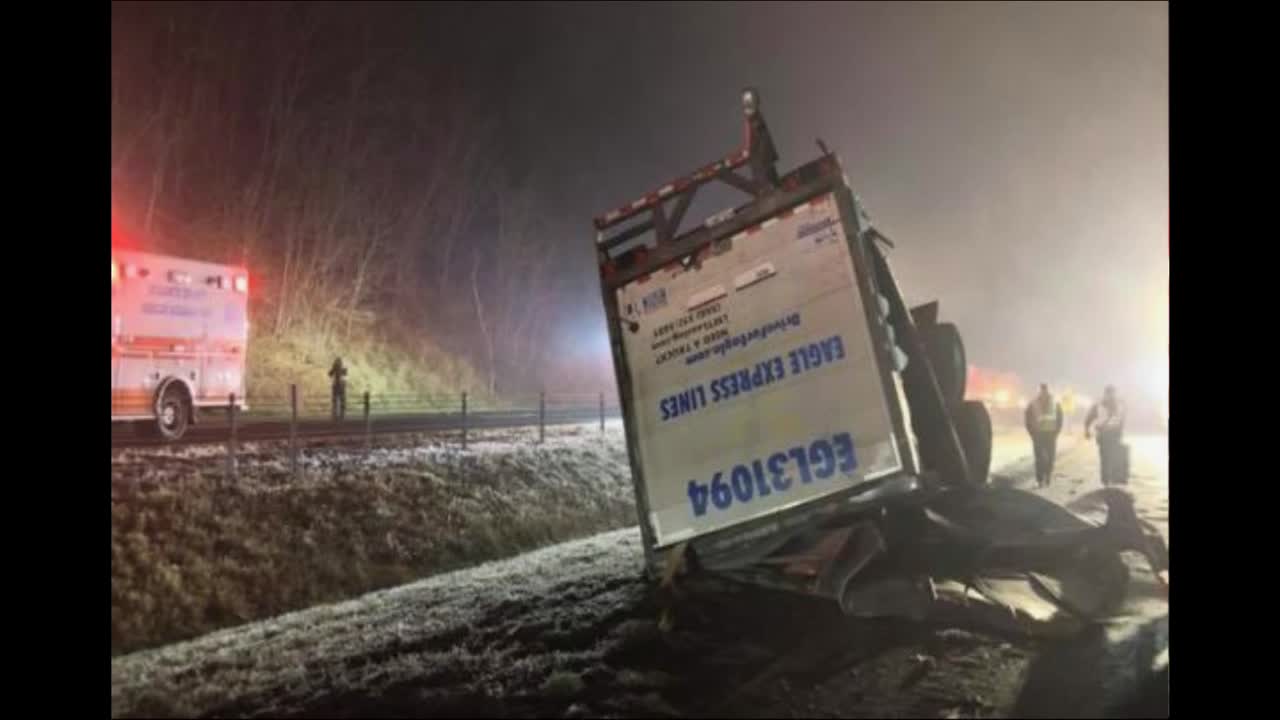 As of Monday, most patients who were hospitalized after a crash between a tractor trailer and a tour bus on Afton Mountain had been released, but several remained in treatment.

According to an update from UVA Medical Center, four patients remained: two in good condition and two in fair condition.

They were among 20 patients initially sent to UVA, 4 sent to Augusta Health, and 5 sent to Sentara Martha Jefferson after a tractor trailer hauling mail overturned on Interstate 64 early Sunday morning and a tour bus then plowed into the overturned truck.

Interstate 64 near mile marker 100 was shut down for around five hours as crews responded, transporting patients, clearing mail from the scene that had spilled out of the truck, and eventually uprighting and removing the vehicles.

The crash came amid foggy, icy conditions at the top of the mountain.

Both sides of Interstate 64 on Afton Mountain are now reopen after they were closed for about five hours Sunday morning due to a crash that's left at least 25 people hospitalized.

At 4:37 a.m., according to Virginia State Police, a tractor trailer hauling U.S. mail heading east on I-64 lost control and overturned across the eastbound lanes near mile marker 100, at the Nelson County/Augusta County line.

The road was messy at the time, with wet and icy conditions near the top of the mountain. The National Weather Service had issued a Winter Weather Advisory in the area for freezing drizzle and fog, with near-zero visibility on the mountain.

Police say a Silver Linings Tours bus also driving east was unable to avoid the overturned tractor trailer and hit it directly, splitting the tractor trailer in half and leaving its cargo, which was U.S. mail, scattered across the lanes.

The bus, which had a driver and more than 20 passengers on board, ran off the right side of the road and came to rest against a guardrail.

Silver Linings Tours is based out of Troy, Virginia.

The tractor trailer driver, identified as 44-year-old James Proffitt, of Suffolk, was taken to UVA Medical Center for treatment of serious, but not life threatening, injuries.

The bus driver, identified as 62-year-old Andrew L. Burruss, of Keswick, was taken to UVA Medical Center for treatment of non-life threatening injuries as well.

Those two were among 20 patients taken to UVA Medical Center for treatment. Of the 20 evaluated, 16 people were discharged by the end of Sunday.

Another four were transported to Augusta Health for treatment. An emergency room doctor at Augusta Health told WHSV they went into a Code Purple around 4:50 a.m., but all four patients there had minor injuries and had been released by noon.

The Sentara Martha Jefferson Emergency Department told media outlets that they received five patients from the I-64 crash as well, and reports that all five are in stable condition. Earlier reports listed six patients. Three of those patients have been discharged.

Initial reports early in the morning were of a "mass casualty incident," but that phrasing does not necessarily refer to deaths. Virginia State Police say there are no confirmed fatalities at this time. Injuries range from serious to minor.

As a result of the crash between the bus and the tractor trailer, police say there were also seven other minor crashes on the interstate, each of which had no injuries involved.

As of 9:20 a.m., lanes on both sides of Interstate 64 were reopened as crews worked to upright the overturned vehicles.

Due to icy conditions, authorities advise using caution when traveling in the area throughout Sunday morning.

This is a developing story. Stay with WHSV for the latest updates.

Full dispatch audio from the response to the scene can be found below on a mobile device or to the right on a desktop or laptop computer.

On the scene of a crash involving a tractor trailer and a commercial bus this morning on I-64 near Afton MT. Officials say several people have been taken to the hospital it appears 64 has reopened on both sides. Stay with @WHSVnews for updates. pic.twitter.com/y6Ed88Xl9T

I don’t want to get to tight of a shot but this is a look of the bus loaded on a tow rig. pic.twitter.com/wVVdybu2a4

Crews have just got the Semi back upright pic.twitter.com/byssIkAIP6

Virginia Supreme Court upholds weapons ban at gun rally
Related Audio
Dispatch audio from the time of the crash on I-64 | Courtesy: Broadcastify