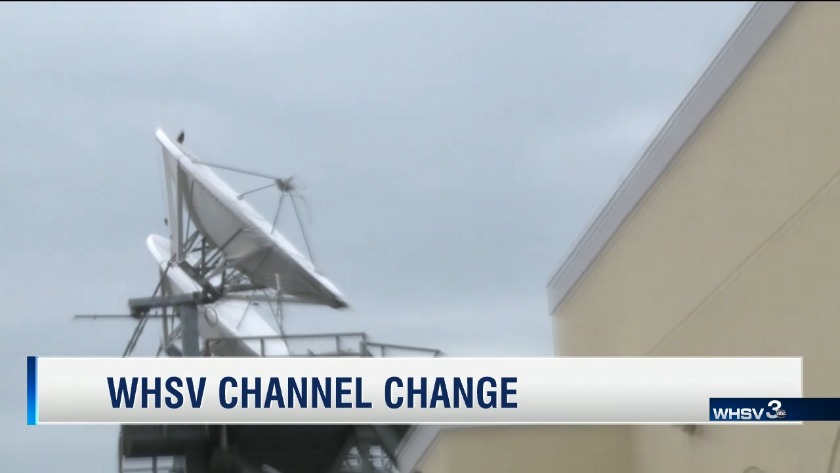 FCC change will knock WHSV off the air 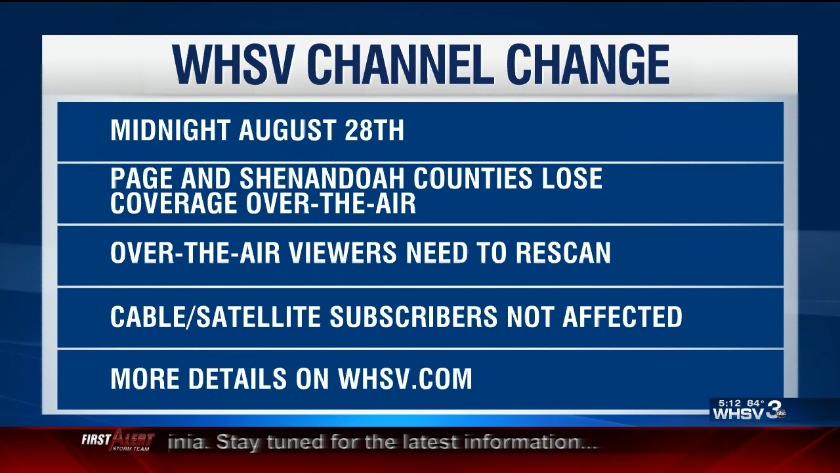 WHSV will soon have a new channel that will affect all of our over-the-air viewers.

On March 16, 2016, the Federal Communications Commission (FCC) began the first-ever “incentive auction” designed to repurpose the broadcast spectrum for new uses. Authorized by Congress in 2012, the auction used market forces to align the use of broadcast airwaves with 21st century consumer demands for video and broadband services.

So why is this important to WHSV viewers?

Simply put, a tentative date of Monday, September 10 into Tuesday, September 11, at midnight, has been set to turn off our transmitter on Big Mountain in Page County and our translator on Elliot Knob in Augusta County. At that time, when the transmitter and translator go off-air, viewers in Page and Shenandoah counties will lose our over-the-air (OTA) signal.

Station engineers expect this outage to last several weeks until a new translator is built on Big Mountain.

“We’re still awaiting construction permits at our transmitter and translator sites,” said Scott Kessler, WHSV’s chief engineer. “Due to this, the outages in Page and Shenandoah counties will be at least a month; probably in the September/October timeframe.”

All WHSV viewers, in any location, who watch us OTA will need to rescan their channels Tuesday morning, August 28th as WHSV’s OTA signal will move from Channel 49 to Channel 20.

According to Kessler, the station’s OTA viewership will significantly increase in Rockbridge County.

“This is because of the way the transmitter is designed, and also because it’ll be in a more southern location,” added Kessler.

It’s important to note this is an involuntary channel change mandated by the FCC. WHSV has no choice in this “repack”.

“The FCC sold off channels 37 and above to wireless companies. When that happened, we were forced to change channels. WHSV’s over-the-air signal will move to channel 20,” stated Kessler.

WHSV will host a “call center” the morning of Tuesday, August 28th to help answer any questions viewers may have. The number to our switchboard is (540) 433-9191.

“We understand the inconvenience some of you may experience as a result of the involuntary channel change. We are working as quickly and as diligently as possible to minimize the impact on you, our valued viewers," said WHSV Vice President and General Manager Sacha Purciful. “If you are experiencing a loss of signal, we are here to help answer your questions. As always, our viewers are our number one priority. We appreciate your patience as we work to restore full coverage to the affected areas as quickly as possible,” concluded Purciful.

While we understand this channel change will be an inconvenience for our OTA viewers, please remember you can always watch WHSV newscasts on the station’s website at whsv.com/livestream and on the WHSV mobile app. Just click “Live” to watch your favorite local news, weather and sports programming.