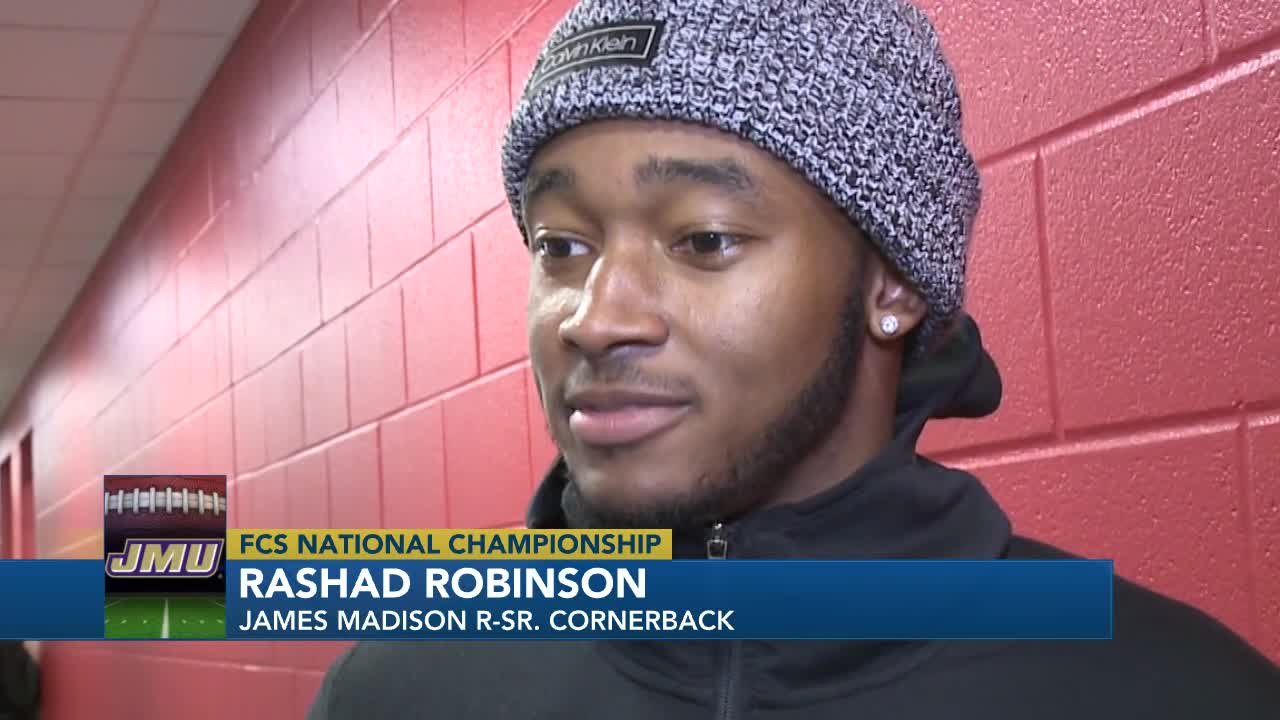 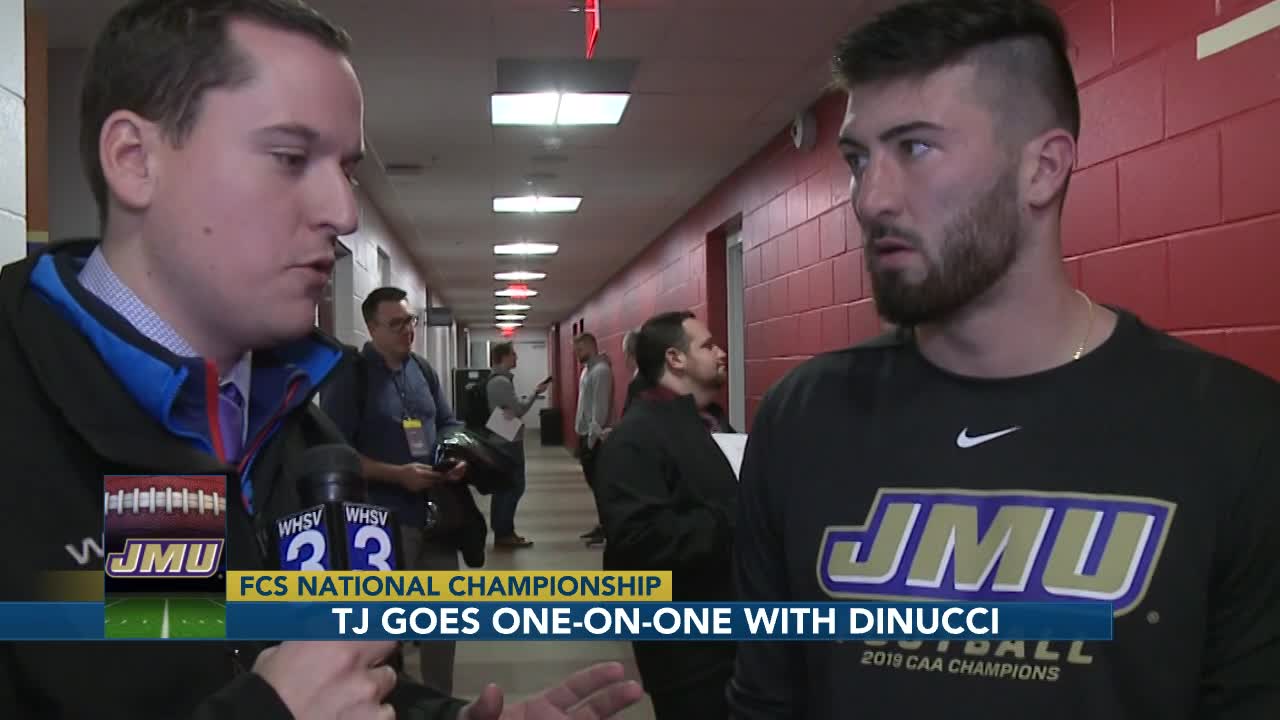 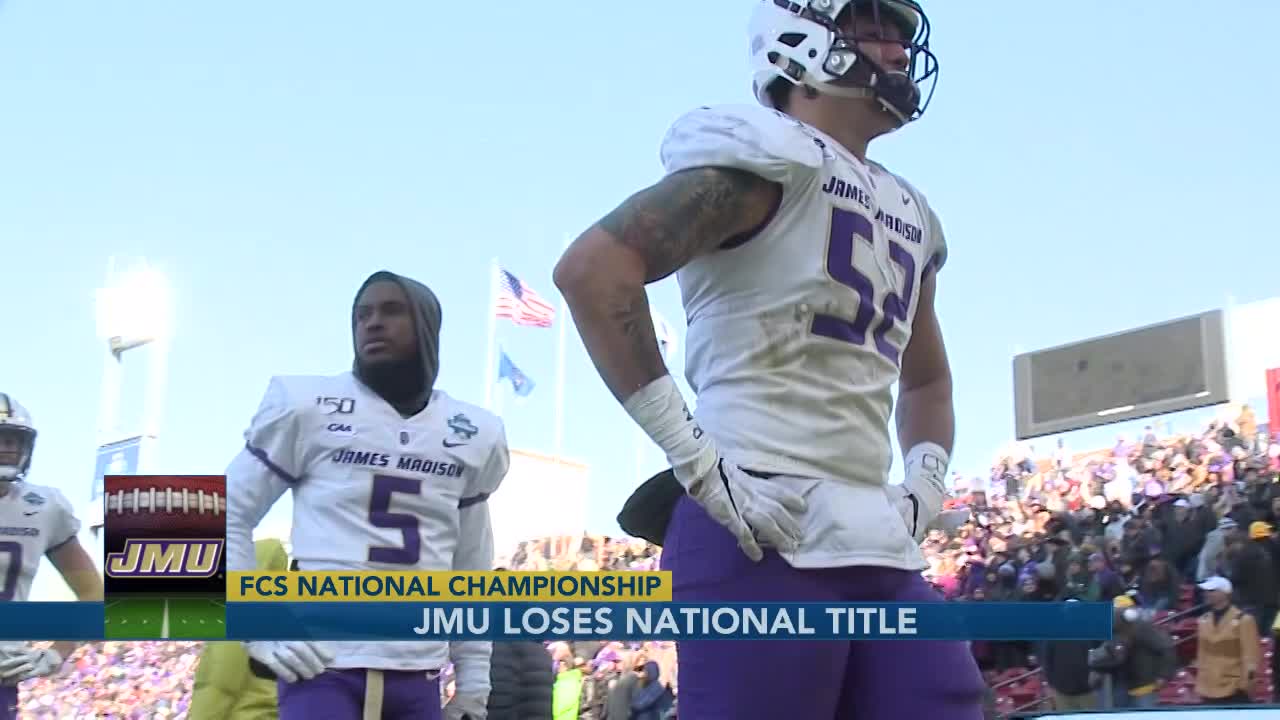 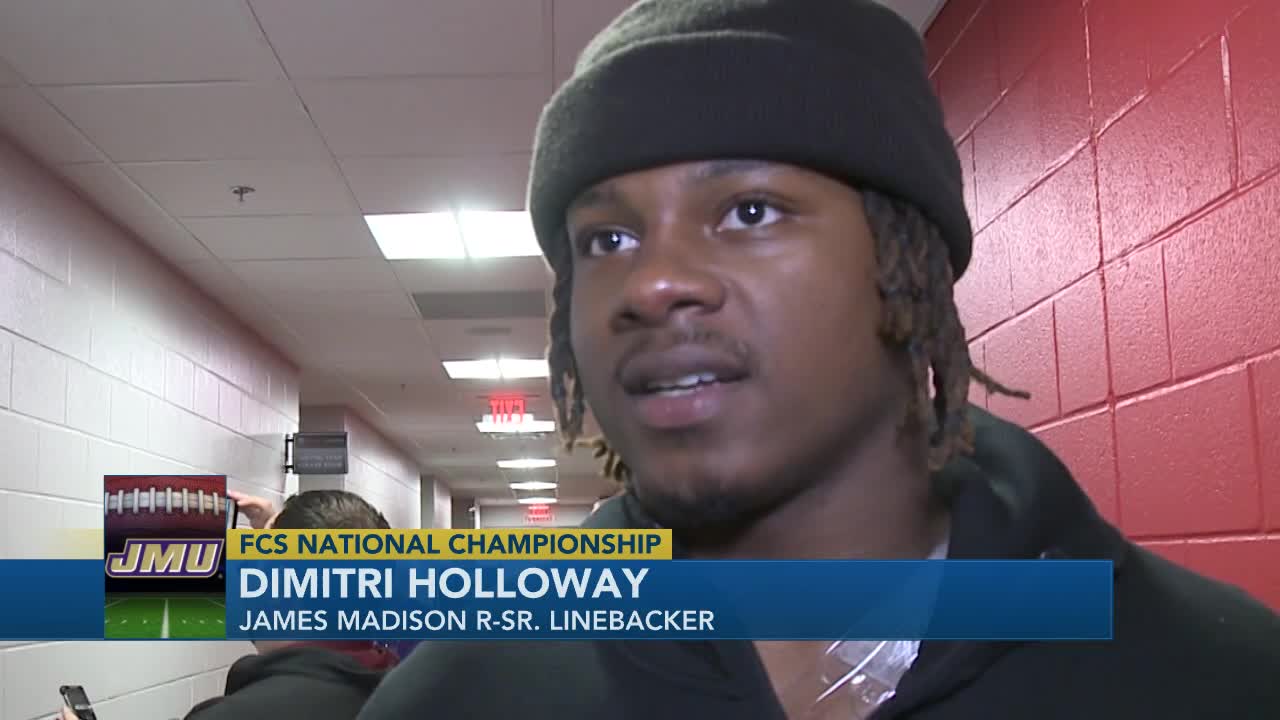 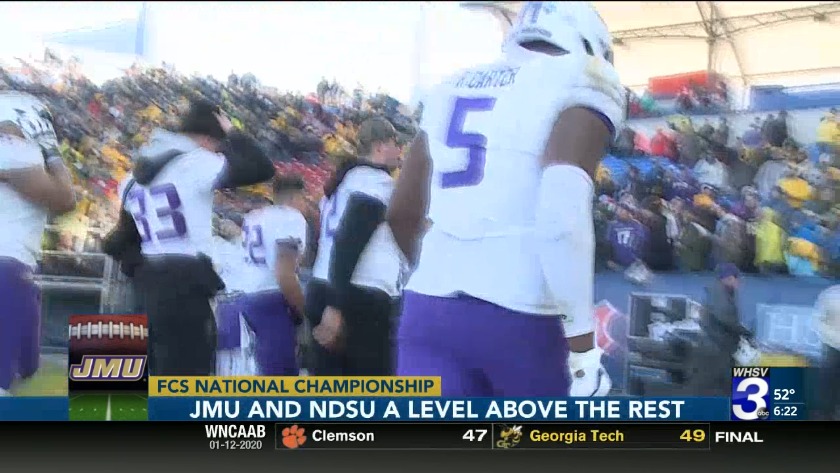 JMU and NDSU separating from the pack

FRISCO, Tx. (WHSV) — #2 James Madison came three yards shy of forcing a potential overtime in the NCAA Division I Championship Game, but a late interception sealed a third consecutive national title for #1 North Dakota State in a 28-20 victory for the Bison on Saturday afternoon at Toyota Stadium.

The Bison concluded the 2019 season with a perfect 16-0 record, while the Dukes saw their 14-game win streak end, completing the campaign at 14-2.

Trailing 28-13 in the fourth, JMU scored on a short-field drive to make it 28-20 with 6:55 to play. On the ensuing drive, the Bison drove to the JMU 37, but on fourth-and-two, the defensive line stuffed the middle, forcing a turnover on downs with 2:51 to play.

JMU converted once on fourth down, and after a 22-yard pass from Ben DiNucci to Riley Stapleton, it set the Dukes up in the red zone. NDSU was called for pass interference three plays later, moving JMU to the Bison 3. With eight second left, DiNucci’s pass was picked off at the goal line, preserving NDSU’s win.

DiNucci was 22-of-33 for 204 yards and two touchdowns, both of which went to Riley Stapleton, who caught a career-high 10 passes for 100 yards. It was Stapleton’s seventh career two-touchdown game and the fourth in 2019. His brother, Dylan Stapleton, also had season highs for both receptions (6) and receiving yards (66).

On the ground, Percy Agyei-Obese rushed for a team-high 73 yards, surpassing the 1,200-yard mark on the year – the seventh time a JMU back has achieved that. Latrele Palmer had 44 rushing yards on just eight carries, averaging 5.5 per carry.

Defensively, linebacker Dimitri Holloway turned in nine tackles to lead the Dukes. Defensive End John Daka registered eight stops and 1.5 tackles for loss (13 yards), and fellow defensive end Ron’Dell Carter had eight tackles with 1.5 TFL and a half sack. Wayne Davis, Adeeb Atariwa and D’Angelo Amos each had six tackles and had at least a half TFL.

JMU out-gained NDSU 365-353, including 204-72 through the air. The Bison averaged 6.2 yards per rush, leading the rushing attack by a margin of 281-161. It was the most rushing yards JMU had conceded this season and Bison quarterback Trey Lance became the first player this year to achieve 100 rushing yards against JMU, ending with a game-high 166 and a score.

The Dukes were 7-of-15 on third down, while NDSU was 5-of-10. They also went 2-for-2 on fourth down, ending the season with 14 consecutive fourth-down conversions. JMU also had 24 first downs, as opposed to the Bison’s 20.