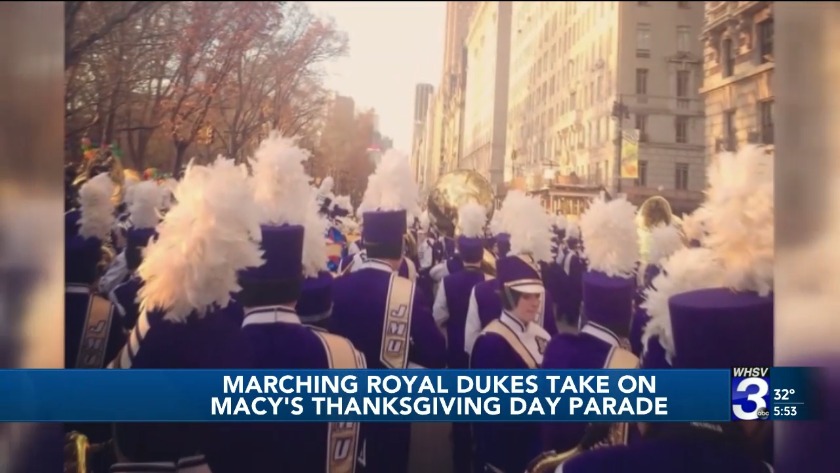 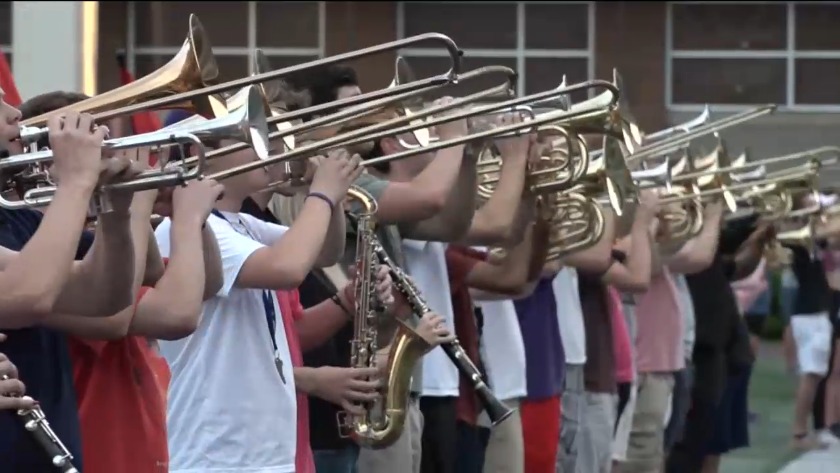 "It's just excitement," said Abigal Laney, the visual section leader for the trombone section. "Everyone's been talking about the shows they want to go to see and where they want to eat and it's Black Friday and just Macy's in general. A lot of people have been watching this for years, and it's like a life dream to get to do this."

The march down Herald Square for the holiday tradition will be the fourth by James Madison University students since 2001. The last time the band appeared in the parade was five years ago.

"Most of us are from small towns," said Lavey, who is from Front Royal. "New York City is a big deal." It will mark the 21-year-old's first time in the parade.

The band, comprised of more than 500 students, practiced in the cold the week prior to the parade — even playing through a winter storm.

"We just want to make sure that we're ready," Lavey said, "and we're doing the best that we can."

The streets of the Big Apple differ from the band's usual venue of Bridgeforth Stadium.

"Normally it's on a football field," Lavey said. "It's a lot straighter. We have to focus a lot more on lines and a lot more on horn angles, that's a big thing."

"In the city, you're playing next to buildings," said Elizabeth Keene, the executive assistant. "The sound's a little bit different. You have that bounce back, the reverbs from the buildings."

The MRDs will perform Robin Hood, 76 Trombones and the JMU Fight Song during the two-and-a-half mile route. In Macy's Herald Square, band members will play "I Got Rhythm" by George Gershwin.

The band expects at least 200 alumni, family and friends of the university to watch in person.