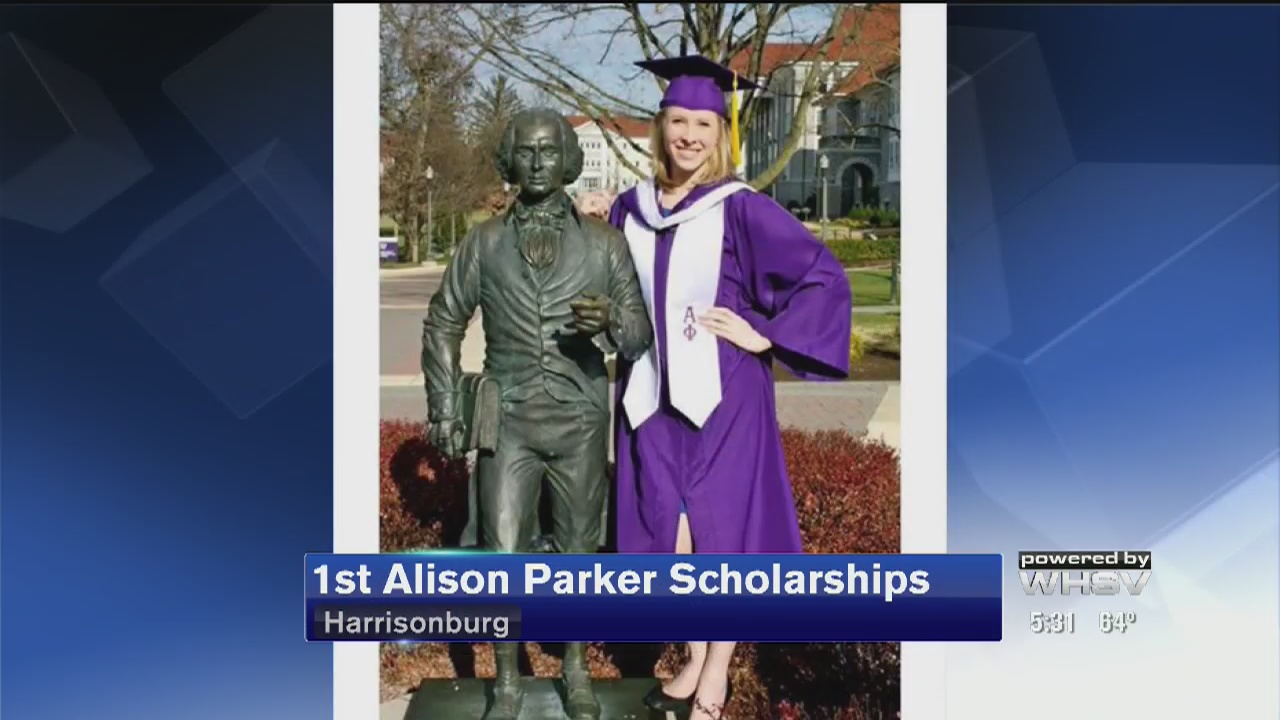 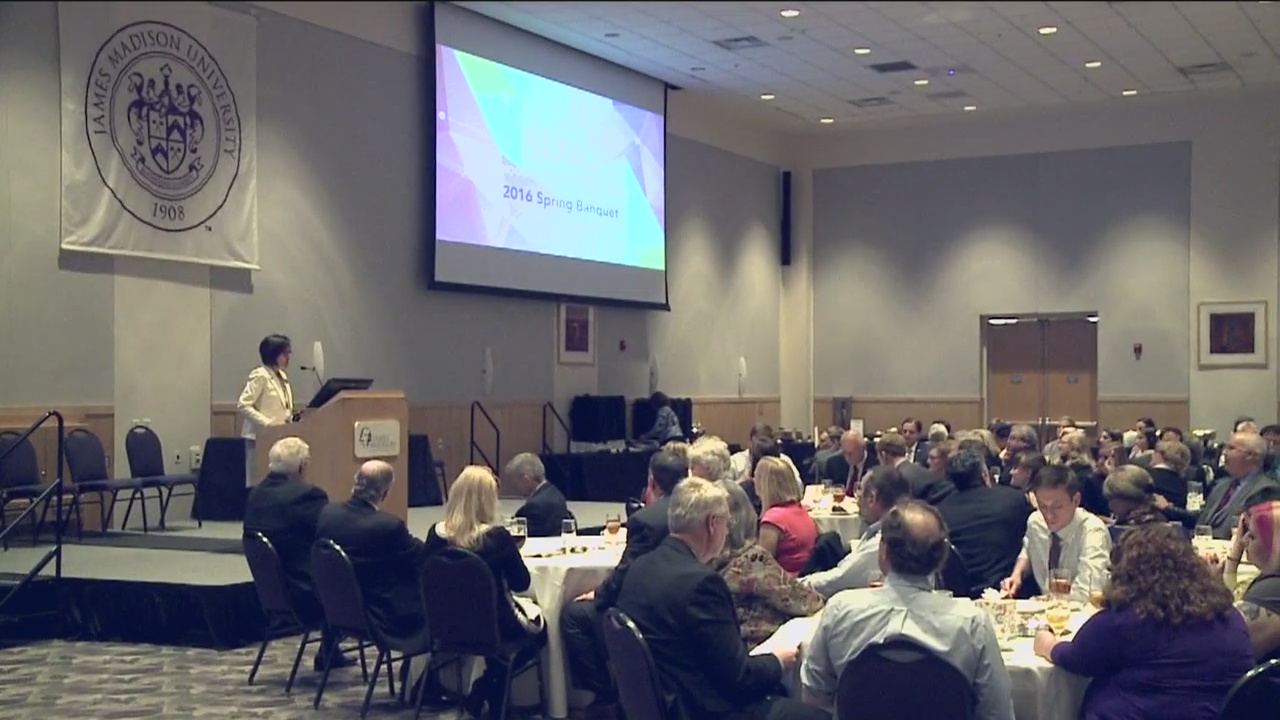 During the Annual School of Media Arts and Design Banquet, the school announced they will name the TV studio in Harrison Hall after Alison Parker, making sure the legacy will continue to usher in the next round of aspiring journalists.

Two JMU students in the School of Media Arts and Design were awarded the Alison B. Parker scholarships. The scholarship was created in honor of JMU alumna Alison Parker, who was shot and killed live on the air in Roanoke on August 26, 2015.

"I was a journalism major and I didn't have a drive behind it," said Potter. "But she said one thing and I said that is who I want to be like".

Thursday night, two James Madison Univ. journalism students received the first-ever Alison B. Parker Memorial Scholarships. The award is in honor of the JMU graduate killed on live TV in 2015.

The two recipients are Kathryn Potter and Caroline Brandt. Potter will be a senior and is receiving $4,000; meanwhile, Brandt is getting $1,000.

On Aug. 25, 2015, the award's namesake, Alison Parker, was reporting live for WDBJ-7 out of Roanoke, when she was shot and killed along with videographer Adam Ward.

Before stepping in front of the camera, she got her start and love of journalism at JMU's School of Media Arts and Design. Her scholarship fund hit a total of $210,000. Thousands across the world donated, helping make the scholarship a permanent award at the school.

This lasting scholarship, is also having a lasting impact on those Alison left behind, including her boyfriend and co-worker Chris Hurst.

"If you really want to be a storyteller, if you want to go and do things and see things and talk to people that other people don't get to do, then you need to be fearless," said Hurst. "Alison was fearless and that doesn't mean that our job is inherently dangerous, even though it ultimately cost her life and Adam's life."

Among scholarships with multiple donors, this one reached its endowment goal more quickly than any others at the school.