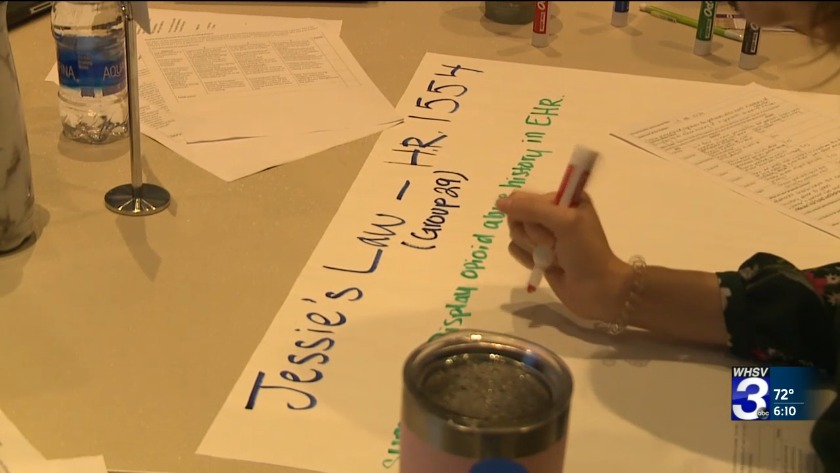 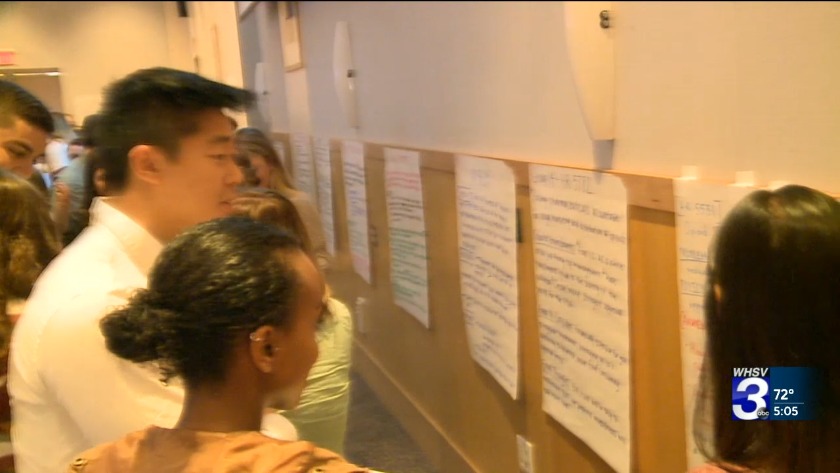 The students worked in interdisciplinary teams to craft solutions to the crisis. Each team was pre-assigned a bill that had not been approved by Congress, and it was the team's task to revise the bill.

Cole Wells, a public policy and administration major at JMU, focused his efforts on finding alternate medications for patients.

"We focused more on the education of patients by physicians in order to increase alternative treatments," said Wells. "Rather than using opioids...what are other pain therapeutic type things that could be used?"

Jack Caldwell, a business management major, suggested "the collection of information from medical professionals to help stop the over-prescription of opioid medications."

After crafting responses, the students presented their ideas to a panel of guest judges, including Delegate Tony Wilt and Former Lieutenant Governor Bill Bolling.

The organizers of the event say this was an opportunity for students to engage in health policy discussions and learn both inside and outside of the classroom.