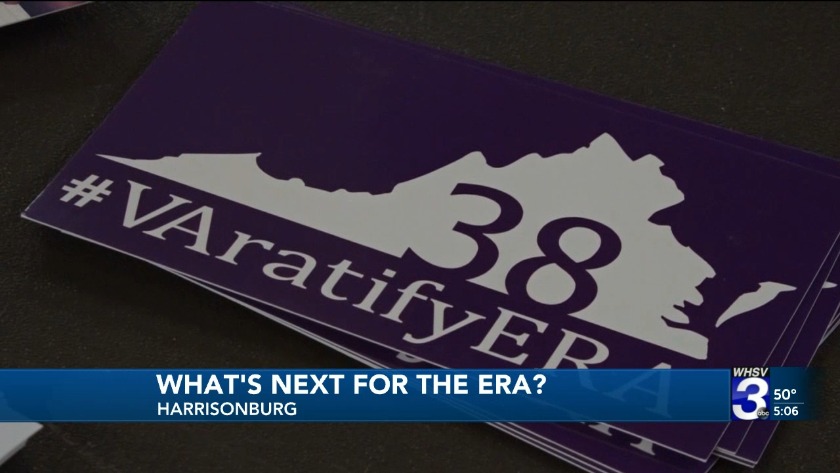 Will Virginia ratify the Equal Rights Amendment next year? 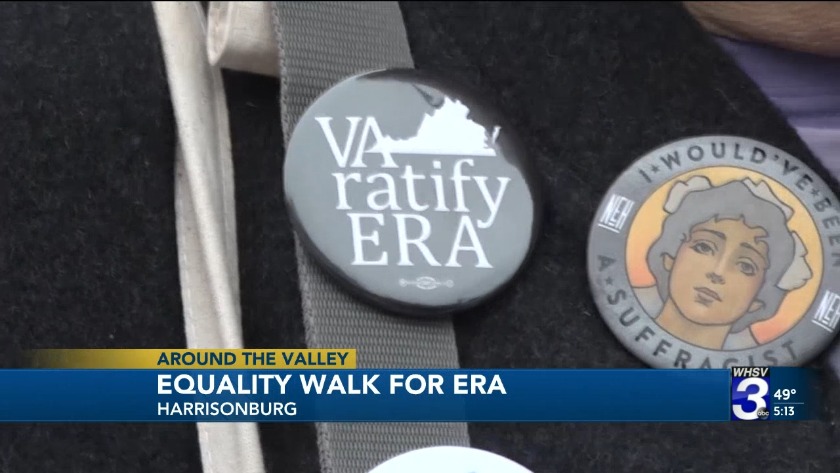 BOSTON (AP) — The Justice Department has thrown a roadblock into efforts to revive the Equal Rights Amendment, finding that an expired pair of deadlines imposed by Congress on ratification of the measure means it's too late for additional states to ratify it now.

Virginia could be the last state needed to ratify the ERA, but there could still be hurdles even if its supported by the General Assembly. | Credit: WHSV

The memo by Assistant Attorney General Steven Engel comes as Virginia is poised to become the decisive 38th state to approve the ERA nearly four decades after Congress sent it to states in 1972, attaching a 1979 ratification deadline to it.

That deadline was later extended to 1982. During that time just 35 states ratified it — three short of the 38 needed.

“Because three-fourths of the state legislatures did not ratify before the deadline that Congress imposed, the Equal Rights Amendment has failed of adoption and is no longer pending before the States,” Engel wrote.

“Accordingly, even if one or more state legislatures were to ratify the proposed amendment, it would not become part of the Constitution,” he added.

Engel's finding is unlikely to be the last word on the amendment.

On Tuesday, supporters of the ERA filed a federal lawsuit in Massachusetts aimed at clearing a legal path for adoption of the amendment.

The lawsuit argues that because the deadline was set forth in legislation authorizing states to ratify the amendment — and not in the three-sentence amendment itself — it's not constitutionally binding and Virginia's vote would put the amendment over the top.

“We are not surprised that the Trump administration acted swiftly to declare its opposition to the Equal Rights Amendment," said Wendy Murphy, a lawyer for Equal Means Equal, one of the groups that filed the lawsuit in Massachusetts. “This development makes our lawsuit even more urgent.”

Engel also said Congress may not revive a proposed amendment after a ratification deadline has expired. He said the only option is for Congress to begin the process again.

Efforts by ERA opponents are underway to block its ultimate adoption as the Constitution's 28th Amendment, including a lawsuit filed in federal court in mid-December by Alabama, Louisiana and South Dakota.

Conservative activists have depicted the ERA as a threat to their stances on abortion and transgender rights.

The language of the ERA states that “equality of rights under the law shall not be denied or abridged by the United States or by any state on account of sex.”

I’m not at all surprised that the Trump Administration is opposing passage of the #ERA. But when Virginia becomes the 38th state to #RatifyTheERA I’m going to do all I can to make sure the will of Virginians is carried out and it becomes a part of the Constitution. @VAratifyERA pic.twitter.com/TuUfBydvcJ