Lawmakers address scandals in Richmond and 81 legislation at breakfast 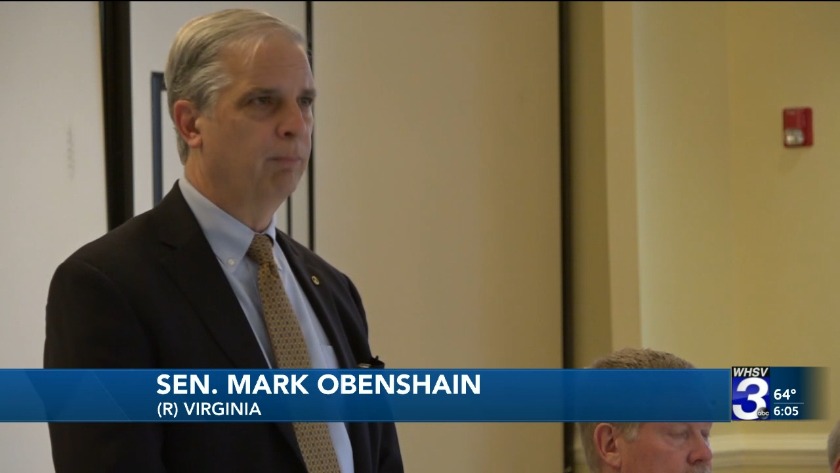 Lawmakers met with members of Harrisonburg-Rockingham Chamber of Commerce 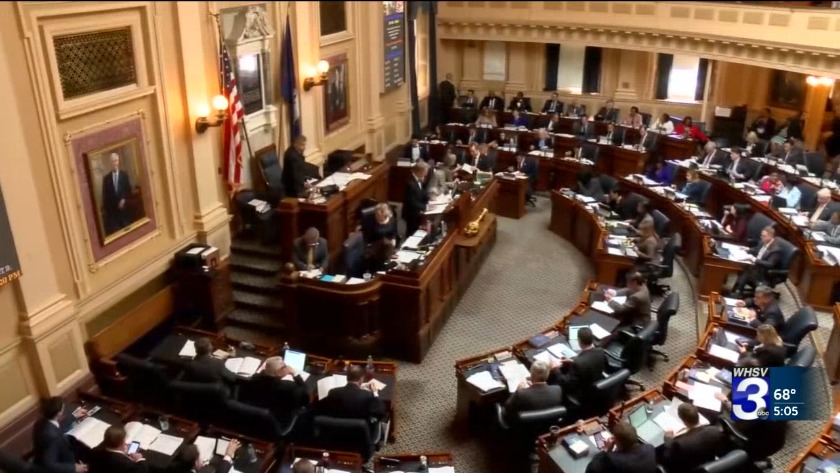 The lawmakers addressed the Harrisonburg-Rockingham Chamber of Commerce.

The legislators spoke about changes in taxes and health care, but all of them focused on two key points: the scandals that have plagued Richmond in recent months and Interstate 81 legislation.

Senator Mark Obenshain (R-Harrisonburg) was the first to take the podium.

"This session was unlike any circus I've ever been to this year," said Obenshain.

He went on to describe it as "surreal" when Virginia made national news for a few weeks. This news began with a racist photo uncovered in Governor Ralph Northam's medical school yearbook, followed by an admission from the governor and then a backtrack and then a confession that he wore blackface at a different point. Days later, Lieutenant Governor Justin Fairfax was accused of sexual assault by two different women. Then, Attorney General Mark Herring admitted to wearing blackface in college as well.

Delegate Steve Landes (R-25th) said that he is working with the House of Delegaes to hold a hearing for the women who have accused the lieutenant governor.

"Those two ladies want to be heard, and from my standpoint, I think they need to have that opportunity, especially for a statewide elected official," said Landes.

He said that all complaints like these ones should be taken seriously so that the truth can come out no matter who the person being accused may be.

Senator Emmett Hanger (R-Augusta) said that when the Senate was called to ask for Governor Northam and Lieutenant Governor Fairfax to step down that he did not feel it was the Senate's place to make that call. He went on to call Governor Northam a "humble servant" for the state.

As far as the lieutenant governor, "If he really did what he, what was basically indicated that he had done, then the ladies should file charges and he should be in jail and that was not our responsibility as members of the Senate to make that call," said Hanger.

"We are going to continue to experience some of the fallout from that, I think for a little while to come," said Obenshain.

All four of the lawmakers agreed that although the issues with the leaders in Richmond were a big deal, it was still a very successful time for the General Assembly. They were able to pass legislation regarding Interstate 81 last week, although Sen. Obenshain (R-Harrisonburg) said it was definitely a compromise.

"I, for one was not very happy with the regional gas tax. I think it's unfair. I think that it imposes too much of a burden on people along the 81 corridor," said Obenshain.

The legislation will require high truck registration fees and gas tax increases to fund improvements to the corridor. Delegate Tony Wilt (R-26th District) said that he did support the taxes.

Senator Emmett Hanger (R-Augusta) wanted to remind people that these changes will start soon but the roads will not be fixed overnight.

"You're not going to go out there in the middle of the summer and all of a sudden there will be three lanes out there. Not going to happen that way, so we're going to have to continue to address that," said Hanger.