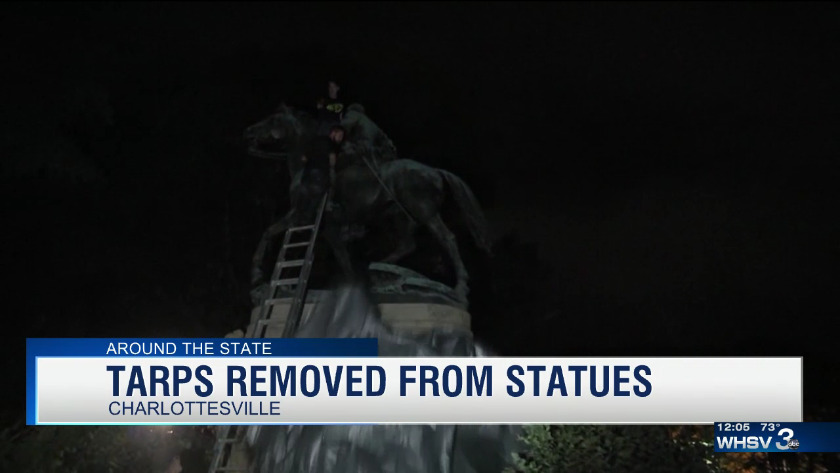 CHARLOTTESVILLE, Va. (WCAV) — A Charlottesville Circuit Court judge has ruled that a lawsuit meant to prevent the city from removing the Robert E. Lee statue from Emancipation Park can go forward.

The judge was considering the city's request to drop the lawsuit and decided that the suit could proceed.

The lawsuit is centered around whether the city has the legal authority to remove the statue. A state law makes it "unlawful for the authorities of the locality, or any other person or persons, to disturb or interfere with" any war monuments, but the city argued that state law applied only to war memorials built after the law was amended in 1998 (the statute was originally codified in the 1950s, after the statues were erected in the 1920s).

The Monument Fund, the Sons of Confederate Veterans and about a dozen private citizens who joined the lawsuit disagree.

On Wednesday, the judge ruled that the law applies to all war monuments, regardless of when they were erected.

However, he said the plaintiffs did not adequately prove that the Lee statue is a war monument. He gave them 21 days to provide evidence to support that claim.

In May, a temporary injunction was granted in the lawsuit, preventing Charlottesville from moving the Lee statue or the Stonewall Jackson statue for six months.

The judge has not yet ruled on whether the tarps covering the Lee statue and the Stonewall Jackson statue can remain in place.

The plaintiffs are also seeking damages against Charlottesville and against each member of the Charlottesville City Council for "acting recklessly and in deliberate disregard of the law."

A resolution to move the Lee statue was passed 3-2 by Charlottesville City Council in February.