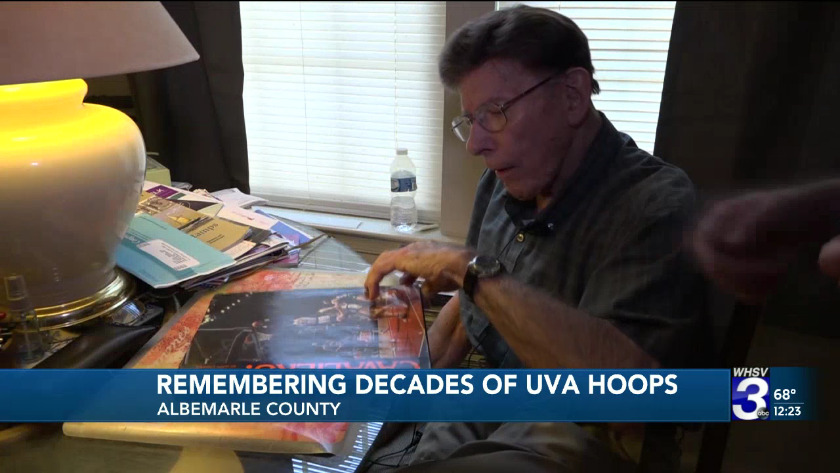 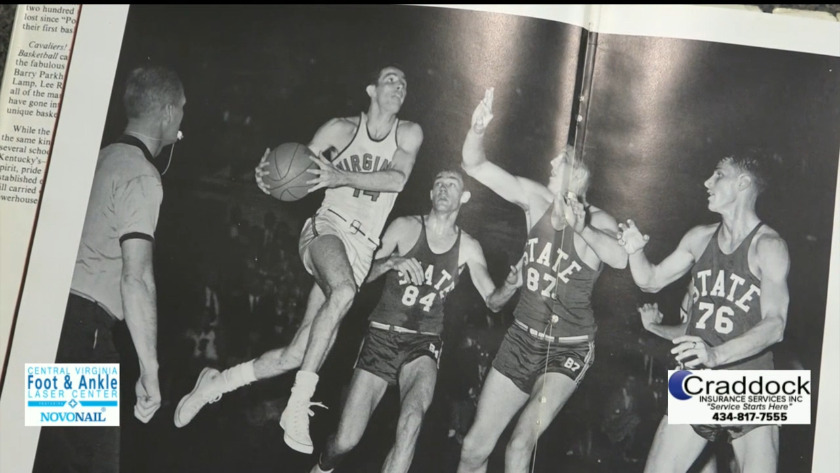 ALBEMARLE COUNTY, Va. (CBS19 NEWS) — Many of University of Virginia men’s basketball fans weren't alive the last time the team made it to the Final Four of the NCAA tournament in 1984. But legendary photographer Ed Roseberry, who's now 93, had already spent decades watching and rooting for the team by that point.

Early on, he photographed UVA’s first All American, Buzzy Wilkinson, as he went in for a lay-up against NC State in 1955. At the time, games were played at Mem Gym.

“He had one of the highest point averages of any single player at the University of Virginia,” Roseberry recalled.

That photo of Wilkinson and many of Roseberry's action shots are printed in the pages of "Cavaliers! A Pictorial History of UVA Basketball."

Other shots show early 1970s star Barry Parkhill, named ACC player of the year for the 1971-’72 season, playing inside U-Hall.

And Roseberry captured the moment in 1979 when UVA fans saw just what 7-foot-4 Ralph Sampson could do.

"It was his first score, his first dunk, and his first game in U Hall," he said, looking at one of the first images in the book.

The Cavs played in the National Invitation Tournament that year, but made their first appearance in the NCAA Final Four in 1981.

Roseberry says he sees a common thread in the UVA teams from the 1950s through today: humility.

"One single man is not the team,” he said. “They play in respect to one another."

He also has high praise not only for current Head Coach Tony Bennett but for the coaches that came before him as well.