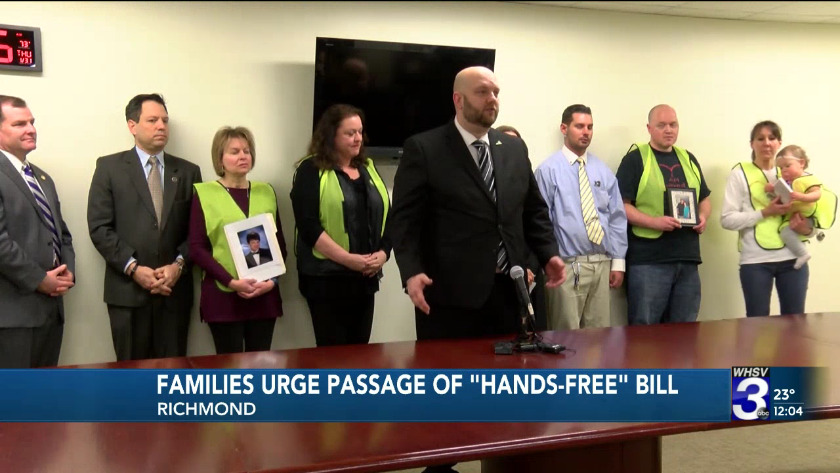 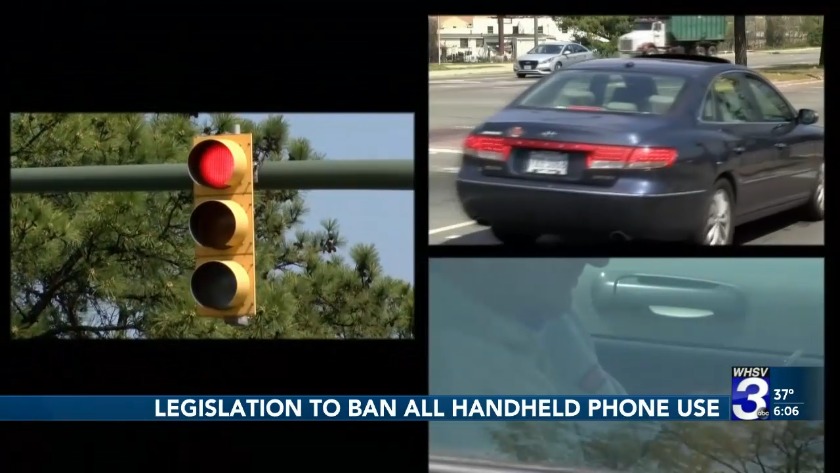 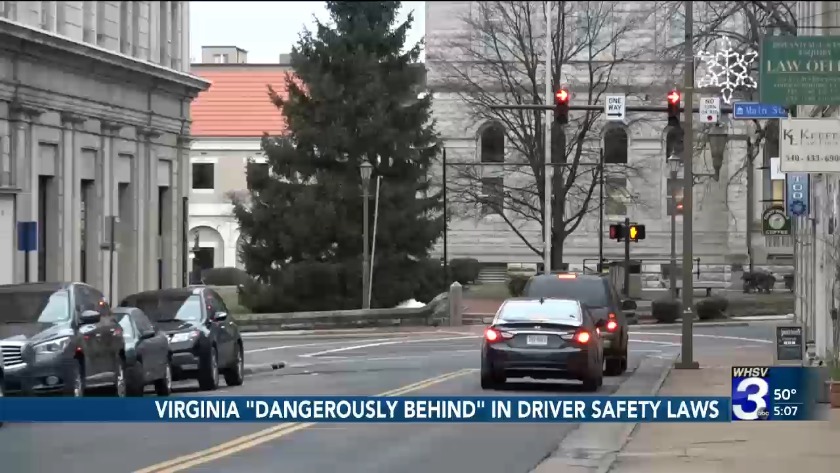 Virginia graded as one of the most dangerous states for drivers

A bill that would make Virginia a “hands-free” state died on Saturday in the General Assembly.

The Virginia Mercury reports the bill was defeated after an amendment would have allowed people to talk on a phone to their ear, but not text or look at data.

The bill went down on a 45-50 vote because a number of members found talking on a phone to the ear "equally distracting" and not strong enough of a measure.

Families of victims of distracted driving had said such a law could have saved their loved ones' lives.

Legislators said the rising number of distracted driving fatalities shows the need for such legislation.

The Senate approved SB 1341 on a vote of 34-6, and the House passed HB 1811, 69-27. The bills would explicitly ban using a hand-held communication device, unless it is in hands-free mode, while operating a vehicle.

State law currently prohibits only reading email or text messages or manually entering letters or text in a hand-held personal communications device while driving. The legislation would extend that ban to using the device for making phone calls, checking social media and other purposes.

“It is unlawful for any person, while driving a moving motor vehicle on the highways in the Commonwealth, to hold a handheld personal communications device,” the bills state.

Drivers would still be able to operate their phones if they are lawfully parked or stopped or are reporting an emergency.

The legislation passed five days after Bartley King, who was severely injured in a distracted driving accident in 2007 when he was a senior at Virginia Commonwealth University, spoke to senators in favor of the proposals.

In a Facebook post, King recalled his car hitting a tree at 55 mph while he was texting. The crash put him in the VCU Medical Center and left him in a coma for 28 days. He then spent 16 months in a wheelchair relearning to walk.

“I can’t give up and allow others to be hurt as badly as I was,” King wrote. “I made my beloved mother cry and I owe it to her to protect all the other mothers from having to cry for their babies the way that mine did.”

The chief sponsors of the House bill were Republican Dels. Christopher Collins of Frederick County and Michael Webert of Fauquier County and Democratic Del. Michael Mullin of Newport News.

“Our current texting while driving statute has just not been enforced,” he said. “The enforcement numbers went way down during the last several years.”

The penalty for a first offense is a $125 fine that rises to $250 for a second or subsequent violation.

“This is going to be straight up — if you have your phone in your hand, you are in violation of a law,” Collins said.

Under the legislation, the ban on using hand-held devices would not apply to citizens band radios. The bills also would exempt hand-held communication devices that are physically connected to the vehicle and used for navigation or audio transmissions.

Here is how the Senate voted on SB 1341 (Handheld personal communications devices; use while driving).

Here is how the House voted on HB 1811 (Handheld personal communications devices; use while driving).

Teary-eyed parents and supporters of legislation to curb distracted driving filled a small room at the Capitol, some wearing neon yellow traffic vests in solidarity as they offered emotional testimony.

Others held framed pictures of loved ones who died in distracted driving crashes. The press conference was to advocate for HB 1811, introduced by Del. Christopher Collins, R-Frederick. Sen. Richard Stuart, R-Westmoreland, is sponsoring a companion bill, SB 1341, in the Senate.

Jennifer Smith, whose mother died in a traffic accident caused by a distracted driver, was among the speakers. Smith tearfully read a letter aloud from another mother whose young son was killed when a driver ran over his stroller.

“Every day, I watch drivers too busy on their smartphones to pay attention to their surroundings,” Smith read from Mindy Shoal’s letter. “Each time I see them, I feel the impact of that SUV ripping my son’s stroller out of my hand as I was helpless to stop one from killing my baby.”

Other stories shared were from a father who suffered brain trauma in a crash and a mother who lost her 19-year-old son.

Collins’ bill would expand current state laws regulating the use of a handheld device while driving. The current law prohibits only the reading of any email or text message and manually entering letters or text in the device as a means of communication, according to a summary by the Legislative Information System.

The legislation promotes a “hands-free” approach and would make it illegal for a driver to use any handheld device while operating a vehicle unless the device is specifically designed to allow hands-free and voice operation, such as using the speaker option on a cell phone. The measure would also require driver’s license examinations to include questions on distracted driving.

Advocates encouraged members of the House and Senate to pass the legislation in order to “defend and protect” Virginians.

A subcommittee of the House Courts of Justice Committee last week recommended approval of Collins’ bill. The full committee has scheduled the measure for consideration Friday.

Stuart’s bill may go to the Senate floor on Monday.

If neither bill wins approval in the Senate or House by Tuesday, the issue likely will be dead for the legislative session.