Midway through this bustling General Assembly session, legislators shifted gears from cruising through bills to testing out electric vehicles on Conservation Lobby Day.

Del. David Reid, D-Loudoun, took a joyride Wednesday in a Tesla Model 3. Last session, he proposed a bill offering tax credits to EV drivers. Reid said such legislation would benefit both the environment and the economy.

“I believe there’s opportunity for Virginia to demonstrate that we are electric vehicle friendly, and that can be done through a tax credit and installing the infrastructure. I’d like us to be a destination for manufacturers,” Reid said. “Really one of the main objectives is to create new electric vehicles jobs here in Virginia.”

to encourage electricity sales by any state agency, which he said would help normalize EV driving.

“The industry is ready to grow significantly, and we need to make sure they are able to do that, so we can let market forces get out there and spawn the innovation,” Bulova said.

Robin Mackay, an Arlington resident, has owned Tesla EVs since June 2015. The latest eco-friendly ride is equipped with radar and visual sensors for the Tesla’s Autopilot feature. Mackay said he enjoyed the transition from his 14-year-old Nissan pickup truck to the Tesla Model S.

“It was like going from Sputnik to the space shuttle; I get in my car and I love to drive,” Mackay said.

Those who oppose the EV industry say the vehicles are no more environmentally conscious than fuel-dependent vehicles because the electricity to power them may be generated from burning coal.

Mackay said nuclear power stations and coal plants run constantly regardless of any changes in demand, so increases in overnight charging for EVs — while average consumption is lower — could actually be environmentally efficient. With a deal from Dominion, EV drivers receive discounted electricity during off-peak hours, which Mackay said allows him to fuel his car on 90 cents per day.

“To encourage people to absorb demand in the middle of the night when there’s not much load from, like, residential or industrial customers, they put electricity on sale. They sell me electricity at half price,” Mackay said.

Advocates want an increase in EV sales because large-scale production would lower the cost per unit. Standard market price for a Tesla Model 3 is $44,000, but manufacturers hope to reduce the price to $35,000 and make it a more feasible option for all income brackets.

HB 1934 awaits the House floor after receiving approval from the House Appropriations Committee Wednesday on an 18-4 vote.

“I’m very happy that we have a strong coalition of environmental groups but also industry groups that are coming together and making sure that we remove barriers to electric vehicles,” Bulova said. 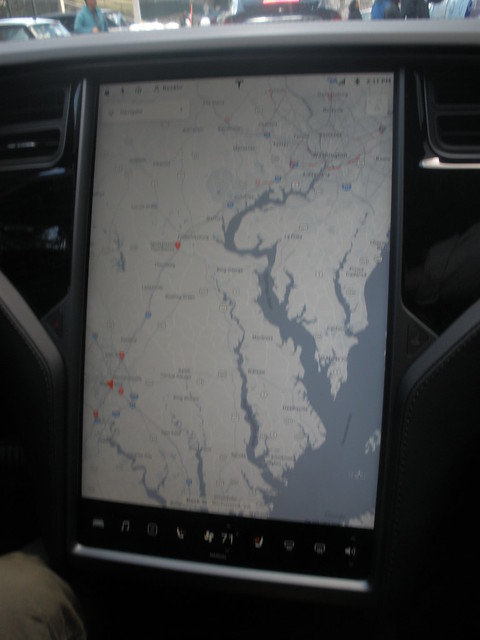 I-81 South reopens in Shenandoah County after serious crash