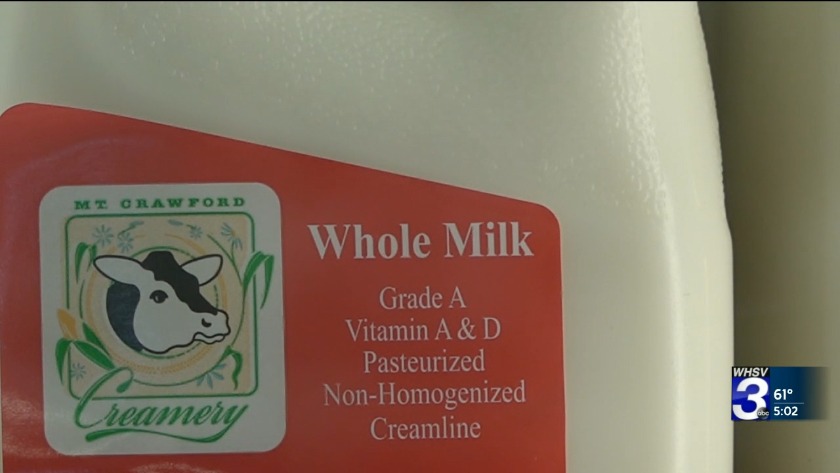 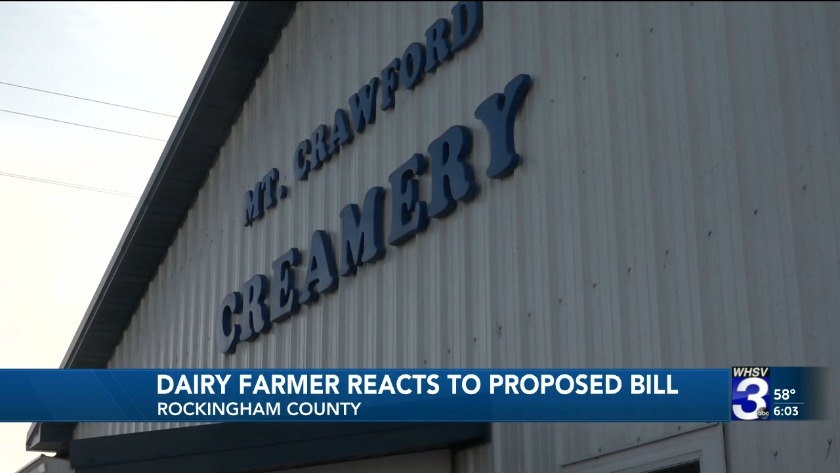 ROCKINGHAM COUNTY, Va. (WHSV) — At least one dairy farmer in the Shenandoah Valley said he thinks a bill proposed to limit the definition of milk in Virginia is a good idea.

If passed, the bill would narrow the definition of milk to come from a "healthy hooved animal." | Credit: WHSV

The bill was proposed by a Delegate Barry Knight, a Republican from Virginia Beach. It would narrow the definition of milk to something that only comes from a "healthy hooved animal."

It defines milk as the “lacteal secretion” from a list of animals that includes cows, water buffalo, sheep, goats, yaks, deer, reindeer, moose, horses and donkeys.

If passed and signed into law, HB 119 would direct the Board of Agriculture and Consumer Services to launch a plan banning any products mislabeled under the new definition.

Frank Will is an owner of Mount Crawford Creamery. He said alternative options like almond and soy milk have brought competition in dairy sales and he thinks it's important to have the difference labeled.

"I don't want to limit people's choices as to what they can buy and drink," Will said. "But if it's going to be artificial or imitation milk, it should say that on the label."

Since 1975, the amount of milk consumed per capita in America has tumbled more than 40%, a slide attributed to a number of reasons but mostly the rise of so many other choices, including teas, sodas, juices and, most recently, non-dairy substitutes like coconut, almond, rice, and soy milk.

With the price of milk already at a low point, but costly to make, dairy farmers believe non-dairy milks are cutting into their profit and making their financial situation worse.

Will said the bill is something he would support, and he thinks other dairy farmers should as well.

"The dairy industry has been pushing to have the definition of milk clarified as to what is actually milk."

Will said he hopes this bill would help farmers, but he doesn't think it would hurt.