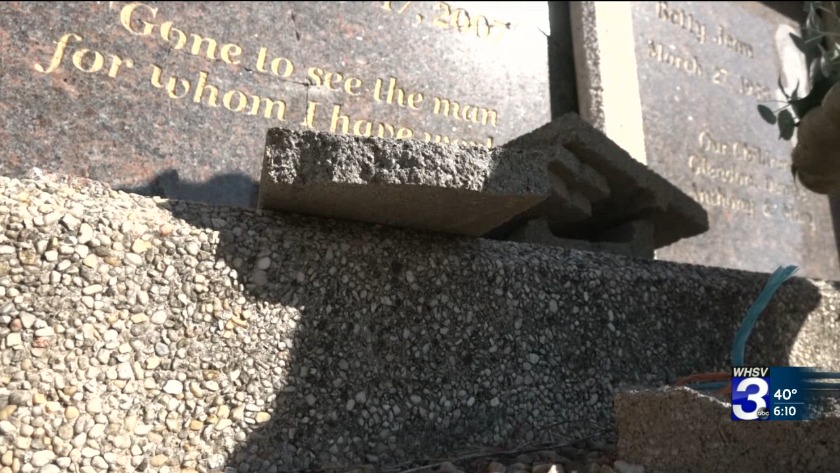 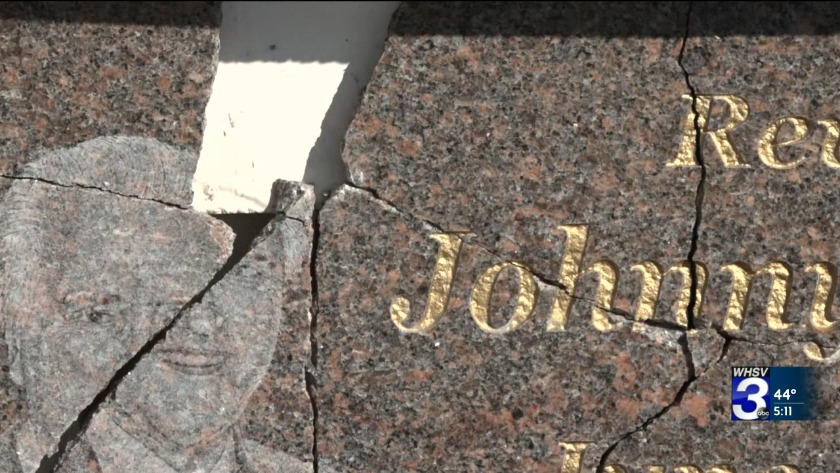 ROCKINGHAM COUNTY, Va. (WHSV) — Natalie Shifflett works at The Upper Room Church in Elkton. Her parents are pastors there and her grandfather served as pastor before them.

Natalie Shifflett said they believe her grandfather's gravestone was smashed with a cinder block.

On Monday morning, Shifflett arrived at work and quickly noticed something was off.

"When I came up later to see what was going on, I noticed it had been busted out," Shifflett said.

Johnny Hensley is Shifflett's grandfather. He is buried near the church, and Shifflett said they believe someone used a cinderblock to smash the stone marking his grave.

Shifflett said they spoke with a Rockingham County Sheriff's deputy, but they don't know who did it, or why.

"My heart's feeling is that maybe someone was hurting, and just chose a bad way to take it out," Shifflett said.

She added that they hope to learn who damaged the stone.

"We really would love for someone to, even if it's the person, the individual who did the damage, we would love to know," Shifflett said. "Just for closure and kind of be able to deal with it moving forward."

Shifflett said they shared a post about the vandalism on Facebook, hoping to spread the word and get information. But they've also seen an outpouring of support.

"It's been a time to reflect on who my granddad was, people talk about how kind he was, and what an impact he made on their life," Shifflett said.

Shifflett added they are offering a reward to the person with information about the identity of the person behind the damage.